Best Places To See The Work Of Renzo Piano

The Shard, the Parco Della Musica, the Maison Hermès…the list of buildings designed and executed by Renzo Piano is a long one. As one of the most prolific architects of our times, Piano is known for his uniquely light and well-crafted designs which straddle the line between conventional and daring, the unusual and the acceptable. 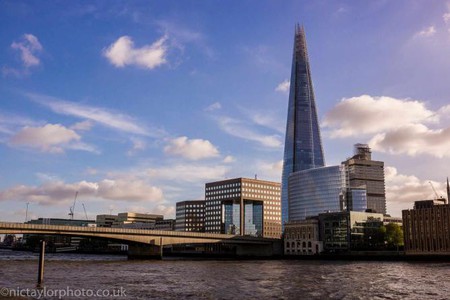 Renzo Piano is perhaps best known for The Shard, a skyscraper in London and the tallest building in the European Union. Inspired by the masts of sailing ships, Piano sketched a design of a tall, spire-like building rising from the river Thames on the back of a menu card over lunch. The English Heritage criticized the building, saying that it would be “a shard of glass through the heart of London.” This description then went on to give the building its name.

This glass-clad, rectangular block in the heart of Ginza in Tokyo is beautifully made to resemble a traditional Japanese screen. Over 13,000 custom-made glass blocks were used to comprise the exterior, and are textured in order to give off a translucent rather than a transparent appearance. The construction of the building is in keeping with Japan’s strict earthquake measures as well. 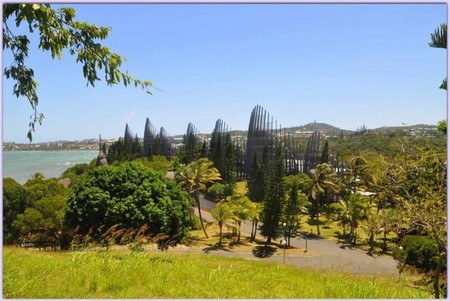 Built in Nouméa, the capital of New Caledonia, the most photogenic building of Piano’s pays tribute to the local Kanak culture and is named after its foremost independence leader. The building was specifically designed to reflect and incorporate Kanak culture as best as it could, and it involved the work of an anthropologist specializing in Kanak culture, Alban Bensa. There are several huts that exemplify the Kanak lifestyle. 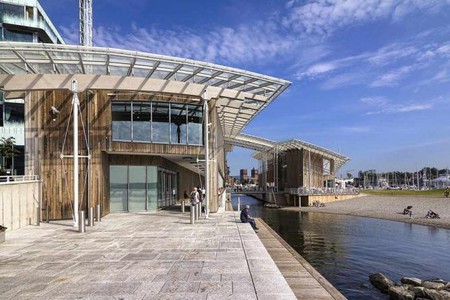 Set out right where Oslo meets the fjord, this stunning structure incorporates museum, beach, garden, and offices all in one. The roof is supported by beams which are in turn supported by cabled rigging, which reinforces and emphasizes the maritime heritage of the museum. The various timber-clad structures are separated by a canal that weaves through the building and out into the fjord, thus bringing an element of the water into the building.

This natural history museum looks very unlike most natural history buildings: its roof is a living, growing green roof “that follows the form of its components”. There are over 1,700,000 plants growing on this roof, each in coconut-fibre containers, making the roof garden structure completely biodegradable and environmentally-friendly. The moisture of the soil on the roof cools the interiors naturally, thus eliminating the need for air-conditioning. 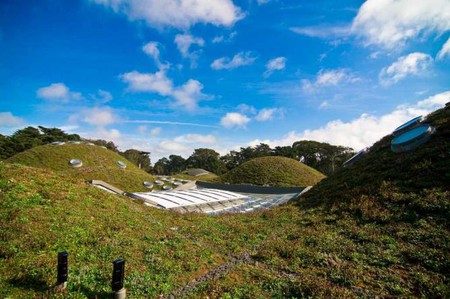 Concert halls, practice rooms, recording studios, classrooms: all of these are part of the massive auditorium of Parco Della Musica, an auditorium that pays tribute to the Roman heritage of the city. The large open-air amphitheatre is the most obvious tribute to the Roman heritage, but a less obvious feature is the fact that all of the structure’s vertical surfaces have been built by Roman brick. Additionally, the rooms have been specifically designed to improve the acoustics for the performance of music.