The Best Music Venues in Turin 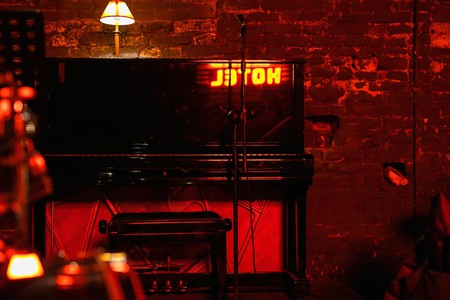 Turin is known as Italy’s most innovative city for electronic music, but it also has many historic locations for jazz, blues, folk and rock. So if you’re looking for an evening (or late night) of music, start with this shortlist.

Located in a periphery neighbourhood in the north of Turin, this is the city’s premier destination to listen to Italian and international rock and indie bands. The programme focuses on cult, underground and emerging talent, so you won’t find any mainstream artists performing here, perhaps lending itself as a reason for sPAZIO 211’s cult following. The stages are small, so an intimate concert is guaranteed, and in the summer they also have an outdoor stage. Great names that have performed here in the past include The Tallest Man on Earth, Tim Burgess (formerly of The Charlatans) and Black Lips. It is possible to buy tickets the night of the show if the concert hasn’t sold out. 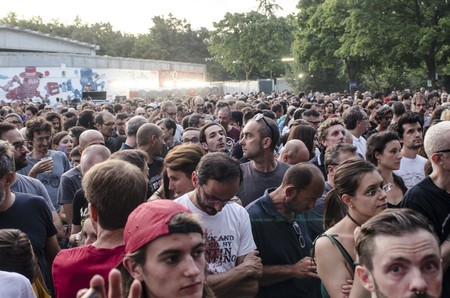 Hiroshima Mon Amour opened in 1986 and has become a favourite for cultural events in general and staging music concerts, but also comedy, theatre and electronica club nights. The concert programme is incredibly diverse and dedicated to showcasing artists from across the globe. The archive shows names are as varied as Baba Zula, a psychedelic Turkish quartet, England’s Badly Drawn Boy and Emili Sande, and Jamaican reggae singer-songwriter, Horace Andy. Of course, Italian and Turinese bands and musicians feature prominently as well, so it is also a great place to listen to local talent. Find it in Lingotto in the south of the city.

San Salvario is one of central Turin’s liveliest areas for nightlife and the Astoria is at the heart of it. At street-level, you will find a relaxed bar but the basement is a concert and club space. The Astoria is on the pulse of alternative music, championing artists and DJs exploring new genres and sounds. Historically, it has featured the likes of Grimes, Canada’s 28-year-old master of synthpop, experimental pop and electronica. Naturally, the venue attracts Turin’s coolest crowds. Come for a gig and stay late for the club.

Just a few steps from Piazza San Carlo in the historic centre of Turin, this jazz club probably hosts the most international talent of the city’s jazz venues. It follows the typical jazz club format, offering dinner service during the performance, but you can also just have drinks. Once the performance is over a dance floor is created and DJs play late into the evening.

Since opening in 1983, the family-run Folk Club is somewhat of a musical institution in Turin. It has a particularly intimate atmosphere and hosts local and international folk, blues and jazz artists, such as acclaimed US jazz pianist Uri Craine or trumpeter Enrico Rava and his tribe quintet.

Inspired by the concept of the speakeasy, The Mad Dog Social Club has clandestine, seductive vibes. It is a sophisticated den with exposed brick walls and warm, dim lighting, which makes it an ideal place to drink in the colder months. It comes from the team behind the famous The Jerry Thomas Project in Rome and is led by Matteo Rebuffo, former barman of The Ruby in Copenhagen, which was voted one of The World’s 50 Best Bars; it’s safe to say you can expect stellar cocktails. The bar is also famous for the jazz and blues nights it hosts. From bluesy guitar soloists to brass jazz trios, check out the programme here.

Set in a former industrial building in downtown Turin, Audiodrome is one of the city’s most avant-garde music venues and the closest thing Turin has to a Berlin-style nightlife. Starting out as a venue for quality rock gigs, it is now revered for electronic, techno and house music, alongside rap and hip-hop nights. The graffiti-covered factory space is big, holding up to 1,000 people with an audio system to match. But the best thing about Audiodrome is the freedom – there are no restrictions on opening hours or volume. Friday and Saturday nights only.