The Best Meals At 5 Unforgettable UNESCO Sites In Italy

Italy is home to 50 UNESCO World Heritage Sites, the most of any country on the World Heritage List. It is no surprise then that the country brings millions of visitors annually to witness these truly awesome sights. Unfortunately popular sights tend to also breed ‘tourist trap’ restaurants where sub-par food is served at premium prices.With a little insider knowledge, visitors can see the sites and eat some truly amazing food. Check out the some of the best restaurants located at UNESCO sites in Italy. 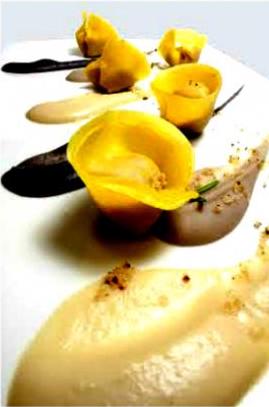 Assisi and the Basilica of St. Francis
Restaurant, Italian$$

Located in the green heart of Italy’s Umbria, Assisi brings curious visitors from around the world to see the Basilica of St Francis. This church was constructed in honor of San Francis, a modest saint whose legacy is known for virtues of life with higher meaning, devoid of materialism. A favorite of spirituality seekers worldwide, the basilica’s stunning frescoes were created by the greatest artists in history like Giotto and Cimabue. When here, eat at Nun Restaurant. Located in a luxury style Resort and Spa, the resort has an historic charm of its own as an ancient Saint Catherine monastery, originally constructed in 1275. Taste local olive oil, chef interpretations of pastas, fried lamb, meats from local heritage breeds and rustic bean soups with distinct flavors of Umbria.

A balcony of coastal magnificence, the Amalfi Coast is brimming with vineyards, olive groves, topographical charms, and historical sites protected by UNESCO. In the region lie 16 towns, of which Salerno, Positano and Ravello are most widely known and visited. The region also boasts fresh mozzarella, limoncello liquor, decadent deserts, citrus fruits and luscious pastas with rich tomatoes. When here, head to La Tagliata. In addition to the impressive view, La Tagliata serves up traditional appetizers and pastas using artisan cheeses of the region like provolone, ricotta and mozzarella as well as rich eggplant parmigiana, and an extensive wine cellar where you can taste a wide selection of local wines.

Ferrara and the Po River Delta

Known for being a quaint town, full of bicycles and medieval architecture, Ferrara is a renaissance jewel of the Emilia Romagna region of Italy. Experience Ferrara’s medieval past by strolling through the historical center and touring the castles that set its panoramic stage. The city is also defined by its position near the Po River banks and is home to the Po River Regional Park. When here, head to Mordicchio for a traditional piadina at a casual food stand in the center of Ferrara. Piadina is a flatbread wrap sandwich with usually three ingredients of your choice like prosciutto, a soft cheese such as stracchino and arugula.

Florence is without a doubt the mark of cultural heritage in Italy. It was the birthplace of the poet Dante Alighieri who developed the modern Italian language, Brunelleschi who envisioned the famous ‘Duomo’ and to Michelangelo Buonarroti who sculpted the unmistakable David. It’s no surprise then that Florence became the very first UNESCO World Heritage site in Italy. It also boasts world-famous cuisine and highly acclaimed wine from nearby Chianti Classico. When here, head to Coquinarius, one of the best restaurants in the city. Tucked away behind the Duomo and on Via delle Oche with musings of Dante written on the historical walls, visitors can expect to taste fresh pastas with gourmet twists like pistachio pesto, Tuscan appetizers like artisan cold cuts and farmstead cheeses, perfectly ripened heirloom tomatoes, grilled meats and expertly hand-selected wines.

Rome itself is a UNESCO Heritage site with ancient remains dating back thousands of years. The Colosseum, the Pantheon and The Sistine Chapel are just a few historical mentions.

It is also no wonder that Rome is one of the most visited cities in Italy and the third most visited city in Europe. As a result of Rome’s popularity, eating authentic Roman food at a reasonable price can be challenging. Located in the historical center, with the Trajan column in view and the Roman Forum just a stone’s throw away, Enoteca Provincia Romana manages to showcase the best of gourmet Roman cuisine, craft beers and local traditional wines. Try the Roman Cacio e Pepe, which comes with a gourmet touch of fried artichokes on top; roasted pork from Ariccia (a meat lover’s paradise just outside of Rome) and a beer from Lazio’s top craft brewers or wine from the nearby Frascati wine country. The restaurant is also backed by the local county offices to promote traditional cuisine of Rome and Lazio.