The Best Foodie Destinations in Italy 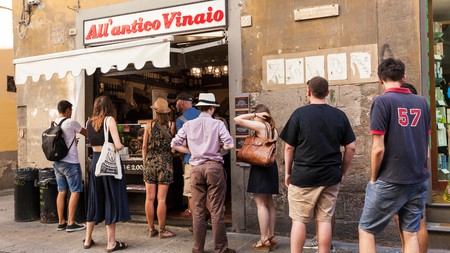 Locals in Florence queue at All'Antico Vinaio, one of the places you should visit on a foodie trek through Italy | © galit seligmann / Alamy

There’s more to Italian food than just pizza and pasta. Local cooks know how to make the best of a wide range of ingredients, but where should you go for the best food in the country? Here’s our guide to a gastronomic tour of Italy that’s worthy of a Michelin star.

Bologna has become a firm favourite among foodies looking for a quick, cheap weekend getaway. The historic capital of Emilia-Romagna is close to the home of Ferrari and Lamborghini, so you’ll see plenty of fast cars on your way to the old parts of town. Don’t come here if you’re craving the stringy spaghetti and watery meat sauces passed off as “bolognese” in other parts of the world, though – the real thing, tagliatelle al ragù, is very different and properly wholesome. Another popular export is Bologna sausage, mortadella, as well as lightly filled tortellini pasta. 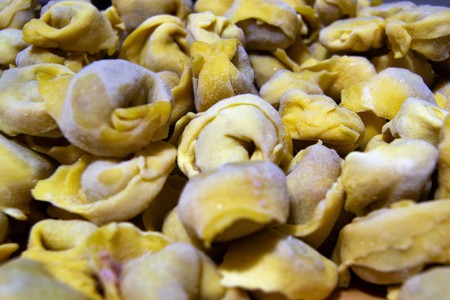 The Eternal City is an essential stop on any trip to Italy, and with so many sights, you’ll be doing plenty of walking here, so make sure you stock up on the carbs to keep you going. A classic bowl of carbonara may not be the cream or bacon dish you’re expecting — the Roman dish is served with light dusting of cheese and plenty of guanciale, cured pork cheek.

Pasta dishes throughout Italy tend to be limited to a few ingredients: cacio e pepe comprises only pecorino cheese, black pepper and pasta, but is one of the best things you’ll taste anywhere in the world. While you’re walking through the city, try and find a decent gelateria, as Rome can reach sweltering temperatures in summer and what better way to cool down than with an ice cream? 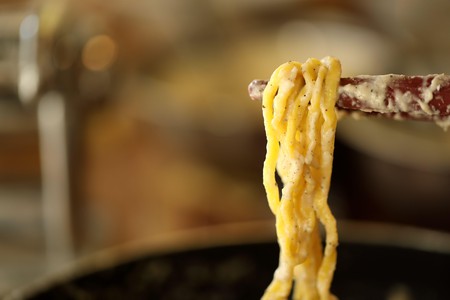 Genovese cuisine reflects the reputation of the city as one of the most important ports in Italy. You’ll find sardines, anchovies, swordfish, mussels and tuna on many menus in the city. Local cheese such as prescinsêua can be found everywhere, including in freshly baked focaccia that is said to have originated in Genoa.

Pesto sauce is another local invention and will invariably be added to most dishes and salads. Walnuts are popular throughout the region, and again, there are clever ways that cooks use to incorporate them into a variety of specialties. Ask for a ravioli in the style of pansoti con salsa di noci, and prepare to taste a little bit of everything that makes Genoa stand out on one plate. 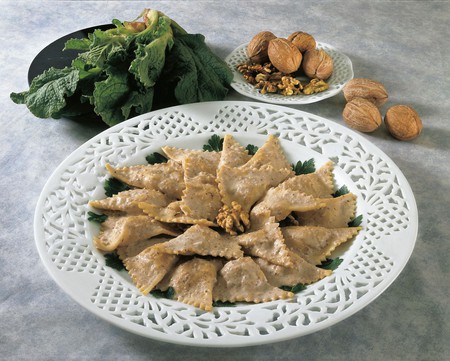 You really can’t go wrong with food and drink in Tuscany. There are vineyards aplenty outside the major cities with gallons of chianti flowing, and, as with other popular destinations in Italy, you’ll come across restaurants that are tourist traps, but there are more than a few gems, too.

Florence is an intense mix of art, architecture and incredible flavours. There are the legendary sandwiches of All’Antico Vinaio – said to be the best in the world, where queues form daily at lunchtime – and the signature steak dish, bistecca alla fiorentina. Pair a plate of the oversized steak with a glass of chianti riserva, and you’ll feel like you’re devouring one of the tastiest combinations in the world. 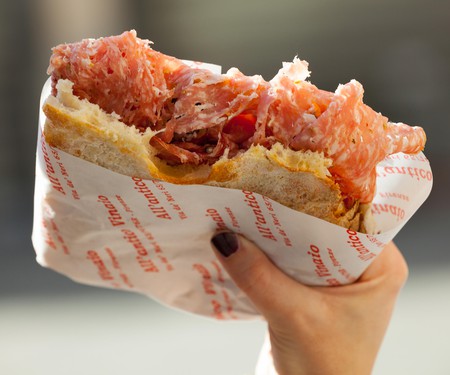 Once thought of as a bit rough, Naples is now a buzzing metropolis that many would argue is one of the most authentic cities in Italy – especially when it comes to cuisine, culture and everything in between. One of the local emblems of this coastal gateway to the popular Amalfi Coast is the humble chilli, and you’ll find most dishes here have that extra kick.

Pizza is an unavoidable street food staple here, and you’ll even find queues round the block at some of the best-known eateries. If you really want a taste of the city, make sure you try a few seafood dishes – we recommend the spaghetti alle vongole (clams) and deep-fried calamari pasta – all washed down with limoncello. 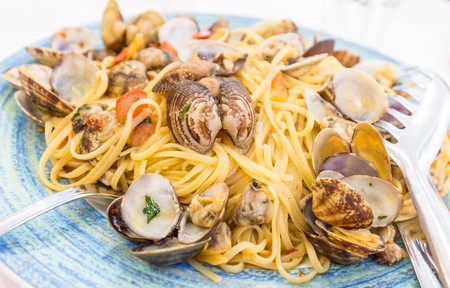 Through thousands of years of rule from all corners of the world, Sicily has a lively mix of cultures to draw on. The cuisine is a unique blend of flavours and ingredients that you don’t usually find anywhere else in Italy. Pasta alla norma, made from aubergines and ricotta, is a light dish that packs a tasty punch.

The aroma of grilled sardines will follow you everywhere, and expect to find the fish in many meals you don’t normally find them in. Another dish you might have tasted elsewhere that is only done properly here is arancini, small, deep-fried risotto balls that ooze with melted mozzarella. 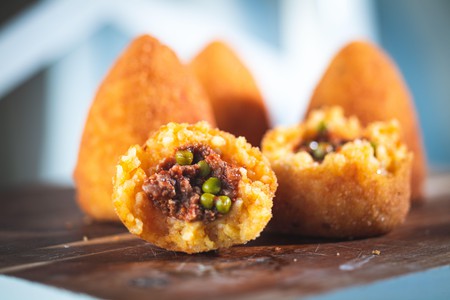 The style capital of Italy, Milan is known for its flash fashion and beautiful people. Everything here is done with panache, and the food also has a dash of extravagance. The surrounding countryside is popular with seasonal truffle hunters, and restaurants on the lakes in nearby Lombardy often add saffron into simple dishes like risotto.

When in Milan, try osso buco, veal stew. A rich dish served with risotto or polenta, it’s great in the winter months when temperatures drop significantly, and it makes the most of what is locally sourced throughout the year. 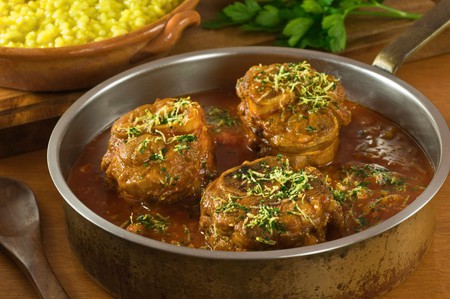 With its endless canals and narrow streets, it’s impossible to escape the romance of Venice. The crowds that congregate in the centre of town quickly disappear the further out you venture, and you will end up finding small places to eat that smack of authenticity.

Risotto is popular throughout Italy, but the Venetian twist includes the distinctive addition of squid ink. The blackened dish is called risotto al nero di seppia, made with local cuttlefish. No meal in Venice is complete without a tiramisu served with coffee, which is just about the perfect way to finish any trip to Italy. 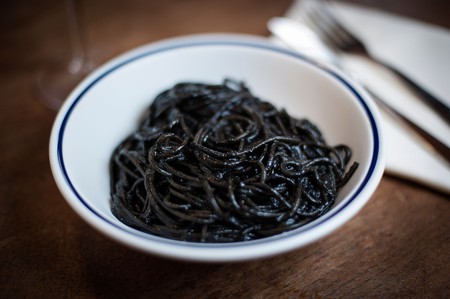