It's easier to opt for a photoshoot outside the Pantheon than to try and book it as a venue | © kirkandmimi/Pixabay
Steeped in history and brimming with beautiful architecture, Rome is an enchanting location for a wedding. From antique palazzos to luxury villas nestled in verdant parkland, the city offers a range of magical venues to host that special day. Here are some of the best spots in the Eternal City to declare ‘I do’.

Church
The most famous wedding destination in Rome – well, technically in Vatican City. Couples who want to marry at St. Peter’s Basilica must ask their local parish priest to write a letter making the request on their behalf. Only a limited number of ceremonies are performed each year – in the Cappella del Coro, or Choir Chapel – but if accepted additional services such as musicians, flowers and photographers can only be provided by pre-approved vendors. Jump through these hoops though, and the rewards are great – the chapel is decorated with precious marble, golden embroidery and a moving canvas depicting the Immaculate Conception.
More Info
Open In Google Maps
Piazza San Pietro, Città del Vaticano, 120, Vatican City
+39066982
Visit website
Book Now

Villa
Located along the Via Appia Antica – one of ancient Rome’s most important roads – the luxury Villa Appia Antica is set among verdant parkland dotted with quintessentially Roman umbrella pines and long-established oak trees. The winter garden and halls of the villa provide plenty of indoor space but, weather permitting, the lucky couple can opt to have the whole shindig outside. The soft glow of candles and lanterns make this serene setting even more fairytale-like after dark.
More Info
Open In Google Maps
288 a Via Appia Antica, Roma, Lazio, 178, Italy
+39067184815
Visit website

Also known as the Vignola Mattei Complex, Santa Maria in Tempulo is a deconsecrated 11th-century convent church tucked away behind the Baths of Caracalla. Unassuming from the outside, the ex-church boasts a pared down interior that accentuates the building’s rustic features. The wooden beams, elegant archways and original stone walls provide a simple but tasteful backdrop to the civil ceremonies that take place here.

The Campidoglio, or Capitoline Hill, is one of the seven hills of Rome and home to the City Hall and the treasure-packed Capitoline Museums. Inside one of the palazzi that stand in this Michelangelo-designed square is the Sala Rossa, or Red Room. The opulent red interiors with ornate gold detailing cement this location’s status as a formal and luxurious wedding venue and the opportunity for photos in the stunning hilltop piazza make the spot even more desirable. 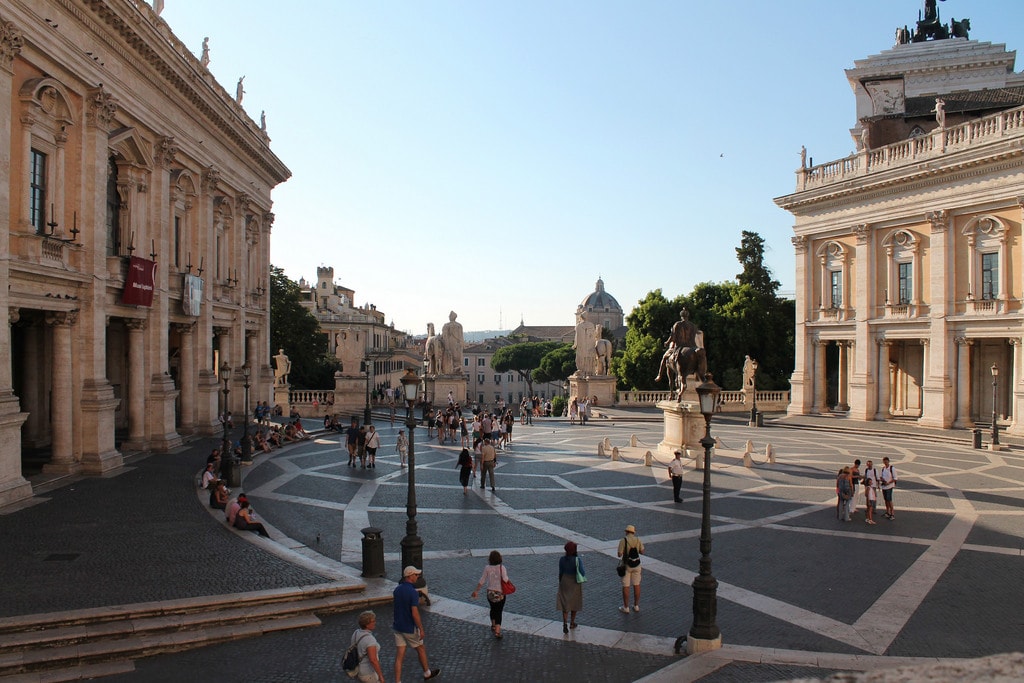 One of four churches nestled on the Aventine Hill, the Basilica of Santa Sabina is famed for its 5th-century wooden doors carved with scenes from the Bible – including a panel with one of the earliest surviving depictions of the crucifixion. Considered a prime example of early Christian architecture, the church is less ornate than other places of worship in Rome but no less beautiful for it. The fact that it’s situated next-door to the Giardino degli Aranci, which has spectacular views across Rome, is the icing on the cake for this wedding venue. 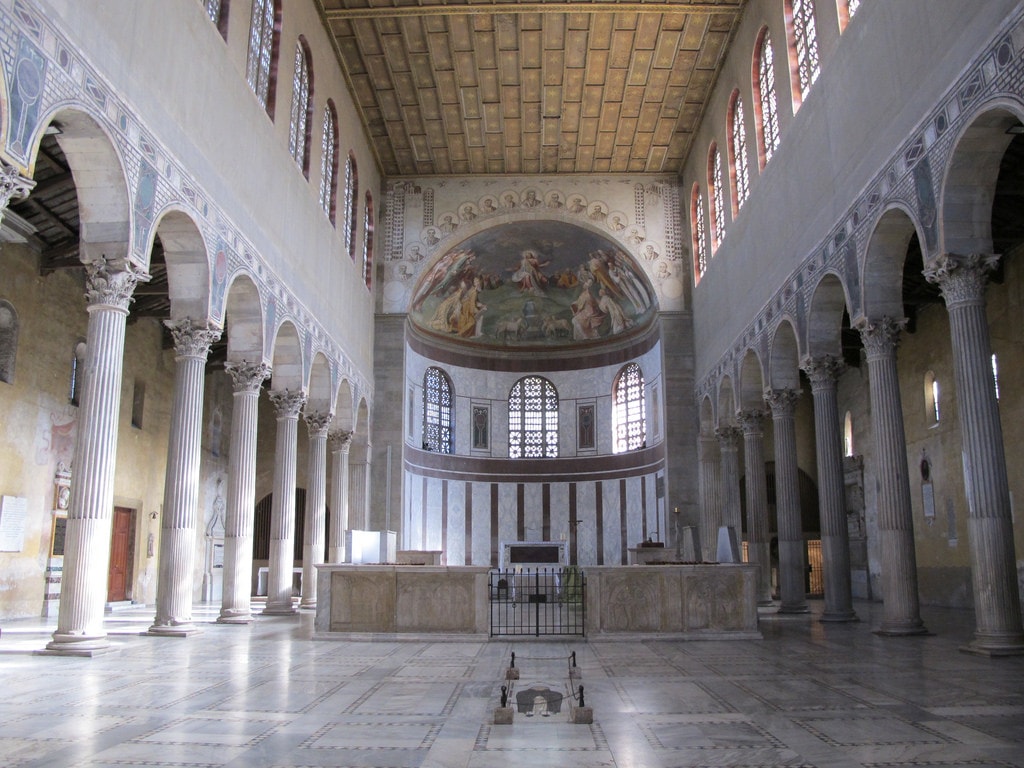 Building
Built in 1837, Villa Miani was originally the residence of a noble Venetian family. The elegant neoclassical building sits atop Monte Mario – the highest hill in Rome – and affords a gorgeous vista of the Rome skyline that includes the dome of nearby St. Peter’s. With an open-air terrace, expertly manicured English-style gardens and enough banquet rooms to cater for any size wedding (from 40 to 500 guests), the villa really is an unforgettable setting for a Roman wedding.
More Info
Open In Google Maps
151 Via Trionfale, Roma, Lazio, 136, Italy
+390635498707
Visit website

With roots that can be traced back to the 11th century, Castello di Tor Crescenza is a hot venue among Rome’s VIP crowd. Francesco Totti and his TV personality wife Ilary Blasi held their wedding reception at this extravagant venue in 2005 (after a ceremony at the Basilica of Santa Maria in Ara Coeli on the Campidoglio). He liked this turreted and ivy-clad castle so much that he chose it again in 2016 as the location of his 40th birthday celebrations.

A post shared by Chiara Sciuto Wedding Planner (@chiarasciutowedding) on Jan 14, 2018 at 1:40am PST