The Best Places to Stay in Parma, Italy 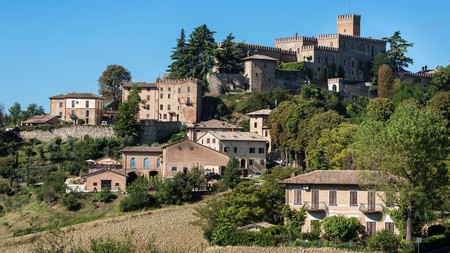 The home of parmesan, the “king of cheeses”, this town in the north of Italy is a great choice for a weekend getaway. Enjoy a concert at the Teatro Regio, or browse works by Canaletto and Correggio at the Galleria Nazionale di Parma, before returning for a sunset Aperol spritz at one of these top hotels.

Parma is home to two of Italy’s greatest contributions to world cuisine: prosciutto, dry-cured ham, and Parmigiano-Reggiano cheese, aka parmesan. In the northern region of Emilia-Romagna, 95km (60mi) from Bologna, the area is also the birthplace of composer Giuseppe Verdi and conductor Arturo Toscanini, making it the ideal destination for a weekend of music, culture, good food and fine wine. Here’s our selection of the best places to stay while absorbing Parma’s charms, from restored city mansions to rural medieval hamlets. 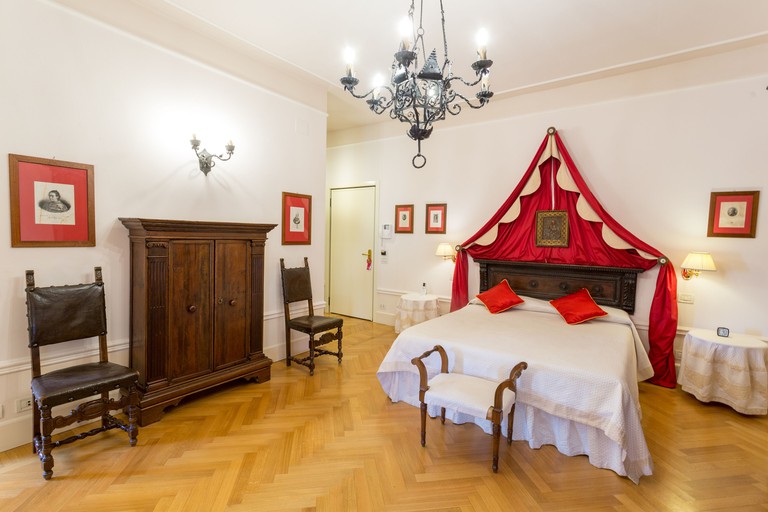 Courtesy of Palazzo Dalla Rosa Prati / Expedia
View Rooms
Wake up to the sound of church bells at the Palazzo Dalla Rosa Prati, a restored 18th-century palace opposite Parma Cathedral on Piazza del Duomo. If you want to feel like the Italian aristocrat who once called the building home, stay in a suite or deluxe double, which feature period furniture, ornate fabrics and parquet floors; the second-floor standard rooms, by sharp contrast, wouldn’t look out of place in a space station. Sample aged parmesan cheese and cured meats at the on-site café or the palazzo shop.
EVERYTHING YOU NEED TO KNOW 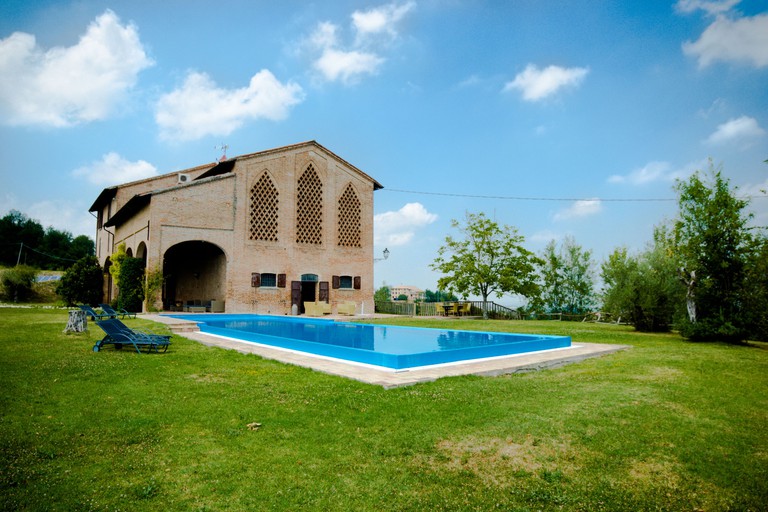 Courtesy of Antico Borgo di Tabiano Castello / Expedia
View Rooms
This medieval castle is at the centre of a hamlet, built on the remains of a Roman settlement. Rooms, suites and apartments, in the old farmhouses, feature original exposed-brick walls, beamed ceilings and terracotta or antique tiled floors – you can even take a guided tour of the castle itself. The restaurant is in the old parmesan factory, and there are two spas, one in a cave, the other in a secret garden in the woods. Parma is a 45-minute drive away.
EVERYTHING YOU NEED TO KNOW 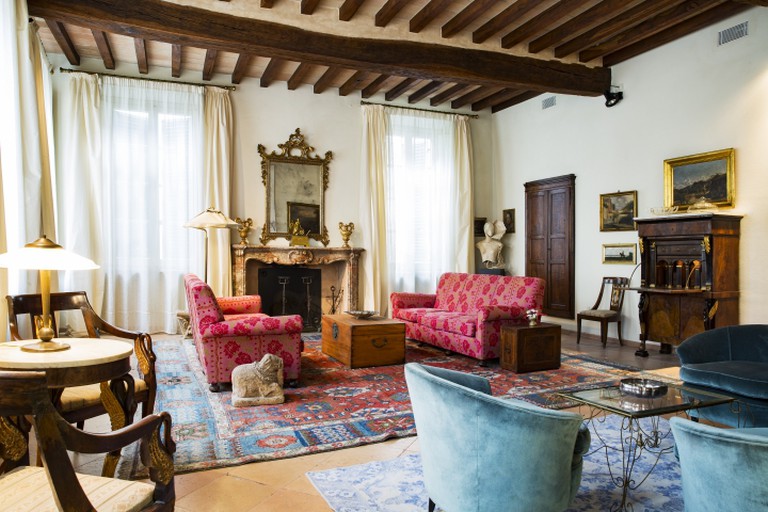 Al Battistero d’Oro | Courtesy of Al Battistero d’Oro
View Rooms
This intimate B&B offers three rooms (two of which can be joined together for groups or families) in a house dating from 1700, situated just behind the cathedral in Parma’s old town. It was inherited from her grandparents by current owner Patrizia, who still lives on the property with her sons. The artwork and furniture has been in the family for generations, as well as more modern pieces by some of Parma’s finest artists.
EVERYTHING YOU NEED TO KNOW 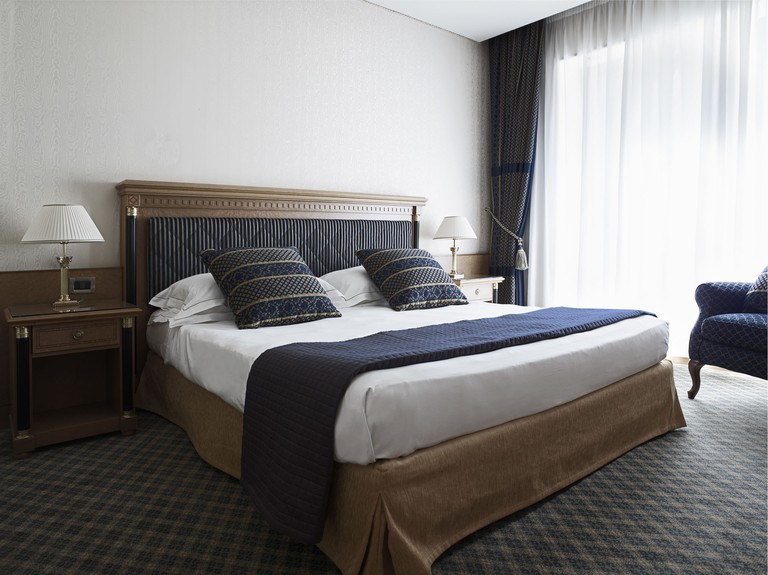 Courtesy of Grand Hotel de la Ville / Expedia
View Rooms
The five-star Grand Hotel De la Ville was designed by Renzo Piano, the renowned Italian architect behind London’s Shard and the Pompidou Centre in Paris. It offers 110 rooms in a pristine contemporary style, featuring statement wallpaper and designer furniture. Take an aperitivo at Bar El Camino, where you’re warmed by an open fireplace during the winter months, before moving onto the Parmigianino restaurant to sample dishes typical of the Emilia-Romagna region. There’s also a fitness centre on-site with the latest Technogym equipment. Piazza del Duomo is a 15-minute walk away.
EVERYTHING YOU NEED TO KNOW 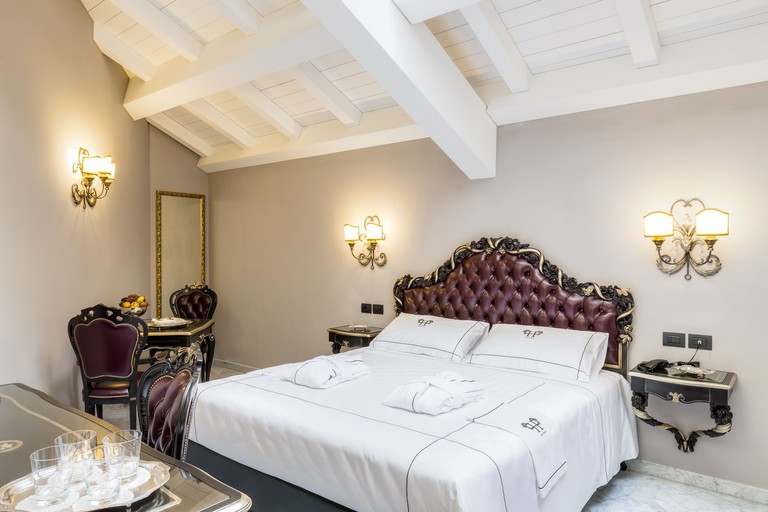 Courtesy of Park Hotel Pacchiosi / Expedia
View Rooms
Park Hotel Pacchiosi, a former hospital in the heart of a beautiful park in the oldest area of Parma, is now a luxurious, five-star hotel considered the best in Parma. Its 59 rooms feature neo-Renaissance design, Carrara-marble floors and custom-made furniture. Head upstairs from the lobby to the old-fashioned piano bar for a Campari before dinner. The PHP Restaurant serves fine Italian food, particularly dishes famous in the region.
EVERYTHING YOU NEED TO KNOW 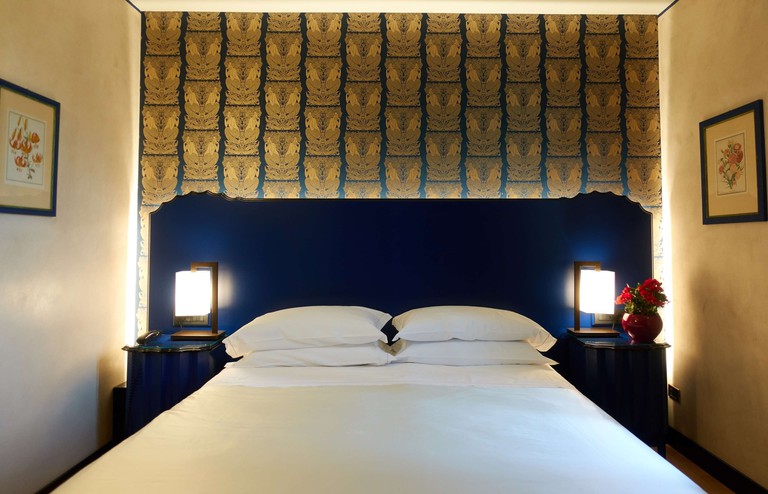 Courtesy of Hotel Verdi / Expedia
View Rooms
Hotel Verdi, named after the great composer Giuseppe Verdi, is a four-star art nouveau hotel, decorated with crystal chandeliers and antique furniture. Rooms feature a more modern aesthetic – couples should book the suite with a balcony overlooking the Ducal Park, while families can choose the interconnecting rooms. Next door in the former stables is the Rosa Croce Restaurant, serving innovative dishes using local ingredients.
EVERYTHING YOU NEED TO KNOW 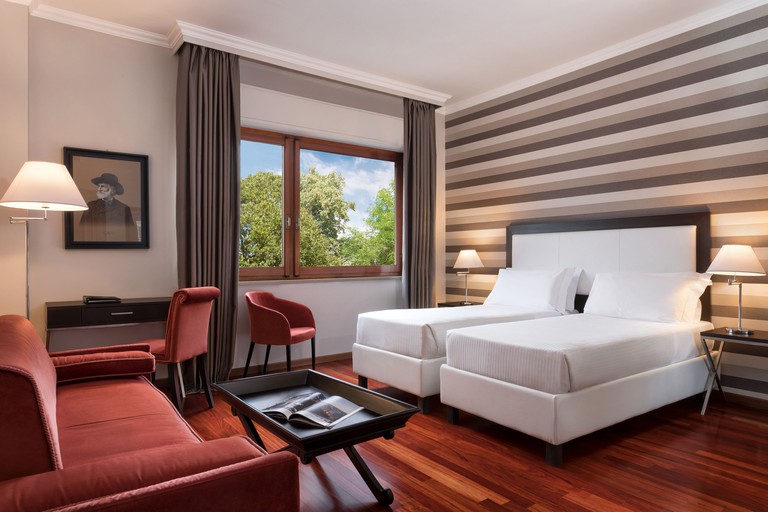 Courtesy of Sina Maria Luigia / Expedia
View Rooms
Named after the Duchess of Parma, Napoleon’s second wife, Sina Maria Luigia is a luxurious boutique hotel near the Duomo and Teatro Regio. If you can afford it, upgrade to the split-level Suite Maria Luigia and gaze up at the stars through the skylights. For top local grub, Maxim’s Restaurant specialises in regional cuisine and seafood. And if you’re thinking of taking a trip out of town, less than half an hour away by car is the Labirinto della Masone, the largest maze on earth that’s made entirely of bamboo and well worth a visit.
EVERYTHING YOU NEED TO KNOW 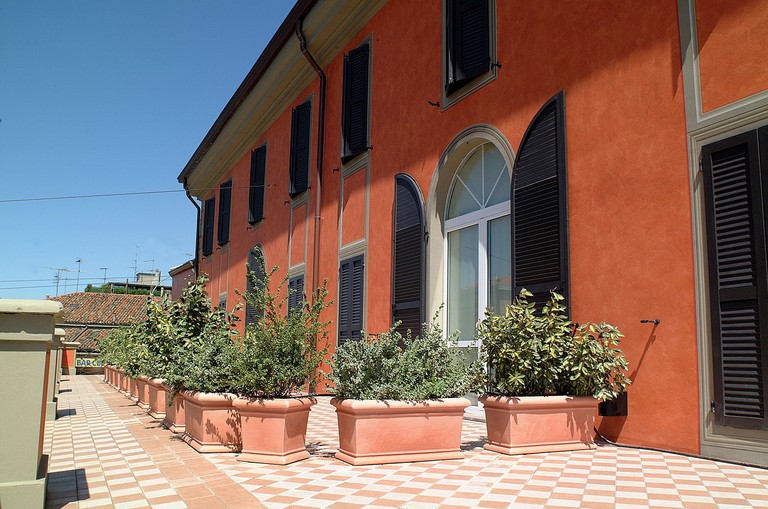 Courtesy of Residence Corte della Vittoria / Expedia
View Rooms
For a more independent stay, book an apartment at the Residence Corte dell Vittoria, just 8km (5mi) from Parma city centre. This 18th-century villa comprises self-contained units, each with its own kitchen, large private bathroom and superfast wifi. Outside the hotel, hop on a city bike and cycle down to the Ducal Park before heading for dinner at Ristorante Cocchi, assuming you don’t fancy cooking.
EVERYTHING YOU NEED TO KNOW 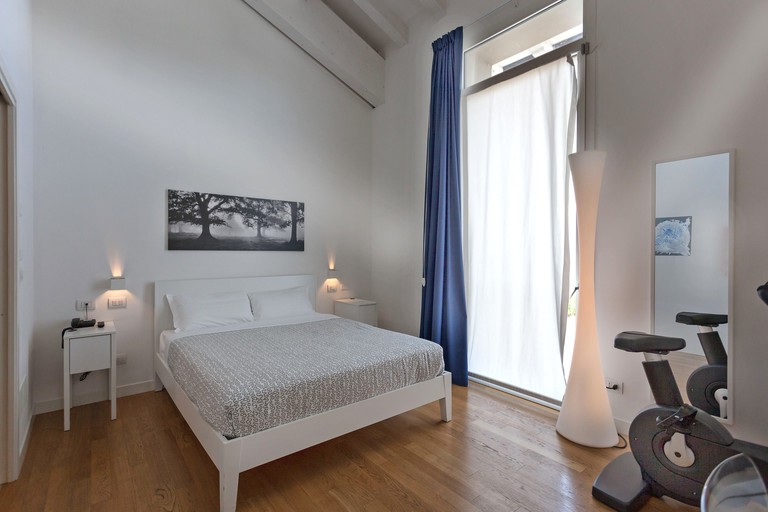 Courtesy of Hotel Forlanini52 / Expedia
View Rooms
this unfussy family-run hotel, a former farmhouse 8km (5mi) outside of Parma, offers an affordable stay close to Parma Airport. The single, double and triple rooms all have Nespresso coffee machines and flatscreen Sky TVs, plus you can request an exercise bike to be brought up to your room. Dine underneath a vaulted ceiling at F52, which serves up fresh tagliatelle, gnocchi and authentic pizza.
EVERYTHING YOU NEED TO KNOW

This is an updated version of an article originally written by Olga Lenczewska.