The Best and Most Exclusive Shopping Malls in Rome 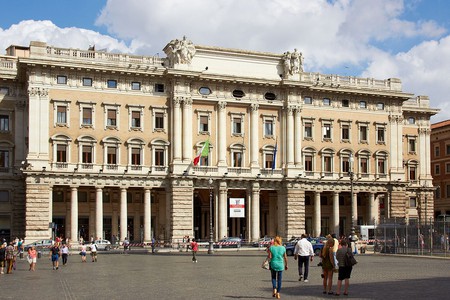 Rome might be famous for its awe-inspiring art, fascinating history and heavenly cuisine, but the city also boasts plenty of places for retail therapy. As well as the well-known shopping streets of Via del Corso, Via Condotti and Via Cola di Rienzo, there are also a number of shopping malls, department stores and designer outlets selling foods, fashion, homewares and other accessories. Here are our favourites. 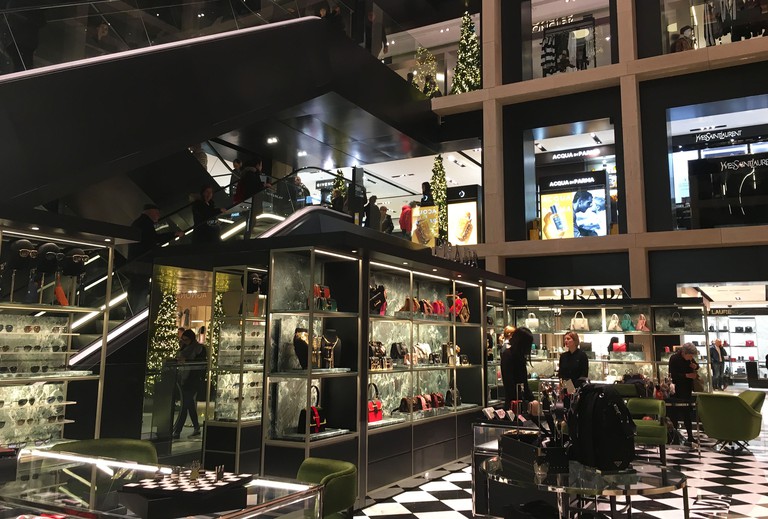 The Rinascente store on Via del Tritone, Rome | © Emma Law
In 2017, the historic Italian department store brand, Rinascente, finally opened their Rome flagship store at a cost of €200 million. The eight-floor, 14,000 sq m (150,695 sq feet) complex is packed with premium and luxury goods from some of the world’s top brands including Fendi, Gucci, Versace and Chanel. There’s a gourmet food hall, an array of restaurants – including one with a Michelin-starred chef at the helm – a rooftop bar with stunning panoramic views and, in true Rome style, an ancient aqueduct in the basement.
Open In Google Maps
61 Via del Tritone, Roma, Italy
+3906879161
Visit Website
Give us feedback 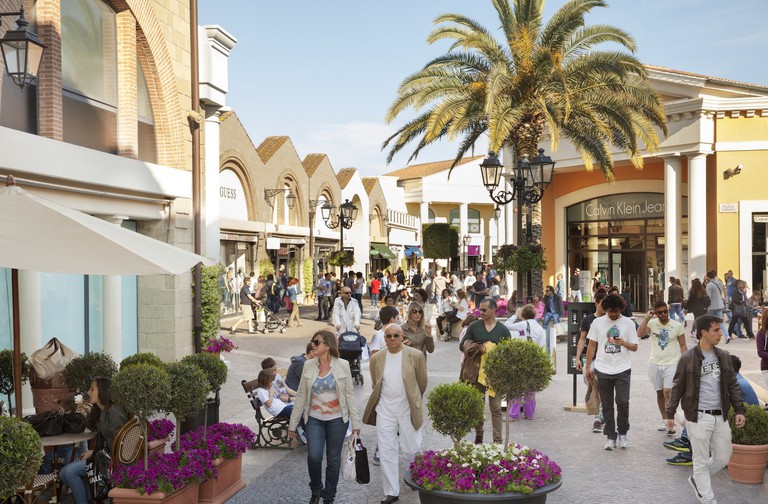 Shopping at Castel Romano | © Castel Romano Designer Outlet
Situated next to the film and TV-themed amusement park Cinecittà World just outside the city, Castel Romano Designer Outlet is popular with tourists visiting Rome on package holidays and cruises. Both the outlet itself and some local tour operators offer shuttle buses direct to the shops – of which there are over 150. Expect designer labels such as Furla, Michael Kors, Burberry and Hugo Boss, often at discounted prices. Non-EU citizens can also claim a refund on VAT for purchases over €150 (USD$175).
Open In Google Maps
64 Via del Ponte di Piscina Cupa, Castel Romano, Italy
+39065050050
Visit Website
Give us feedback 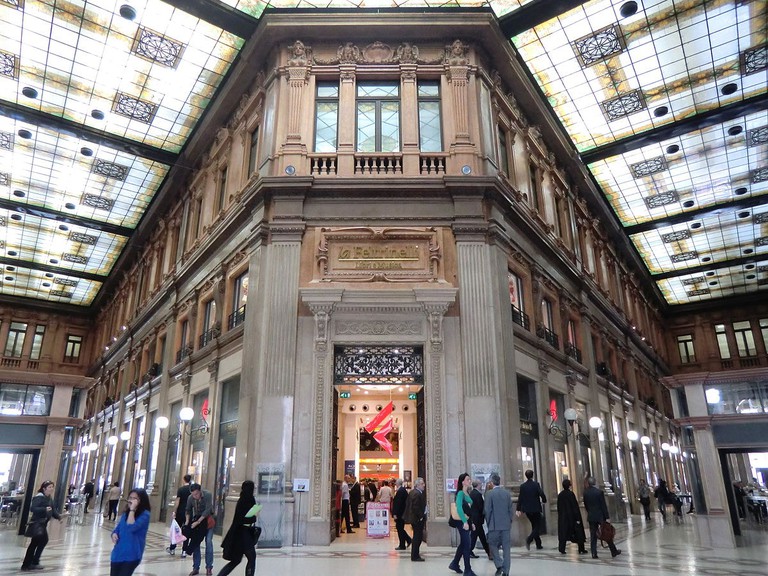 Galleria Alberto Sordi | © YvonneM / WikiCommons
Originally called Galleria Colonna after the Column of Marcus Aurelius that stands in the piazza outside, Galleria Alberto Sordi was renamed in 2003 after the death of one of Rome’s – and Italy’s – most treasured actors. The turn-of-the-century building is awash with gorgeous Art Nouveau details like slender ironwork and lofty glass ceilings adorned with floral motifs. The number of stores is modest (around 20) but includes beloved bookstore Feltrinelli, Italian menswear label Boggi and Spanish lingerie brand Oysho.
Open In Google Maps
Piazza Colonna, Roma, Italy
+390669190769
Visit Website
Give us feedback

Shopping Mall
Facebook
Email
Twitter
Pinterest
Copy link
Share
Map View
Opened in 2007, Porta di Roma encompasses over 150,000 sq m (1,614,587 sq feet) of high street and big-brand names. As well as the likes of Apple, Benetton, Pull & Bear, H&M and Zara, there’s also a 14-screen cinema, a giant Decathlon outlet and one of Rome’s two Ikea stores. Food is mostly standard shopping mall fare but some decent options include Alice Pizza and WOK. Though it’s probably easiest to arrive by car, but the mall is also served by a number of buses from the centre and from the end of metro line B and B1.
Open In Google Maps
201 Via Alberto Lionello, Roma, Italy
+390687070275
Visit Website
Give us feedback 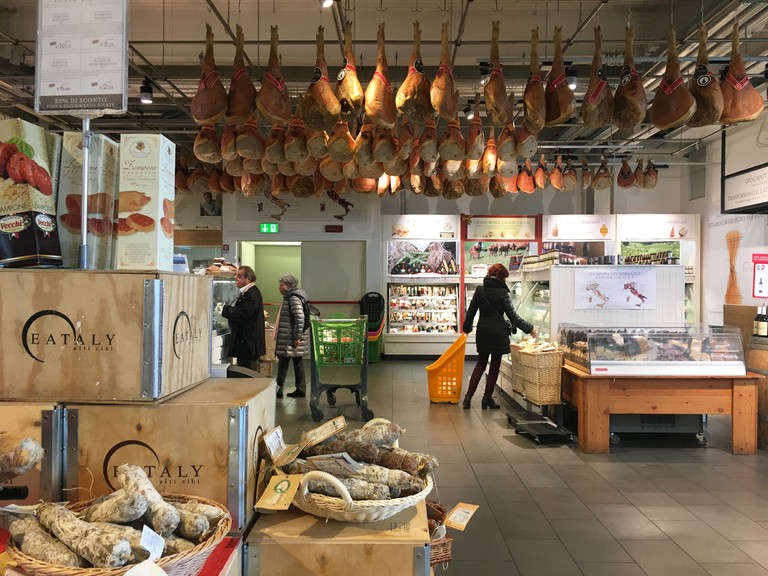 Eataly Roma Ostiense | © Emma Law
Head to the lively Ostiense neighbourhood to visit gastronomic megastore, Eataly. This multi-level culinary complex sells quality produce from artisans across Italy. From the best durum wheat pasta from Gragnano to cured prosciutto, sliced paper-thin in front of you, it’s all here. There’s also an on-site brewery, workshops, an array of restaurants and space for pop-up kitchens from some of Rome’s best chefs.
Open In Google Maps
Piazzale 12 Ottobre 1492, Roma, Italy
+390690279201
Visit Website
Give us feedback
Give us feedback