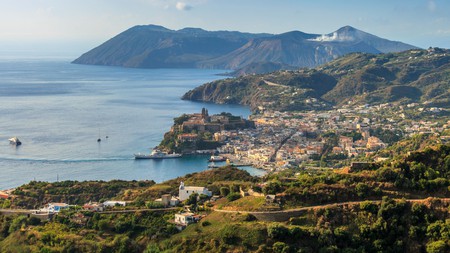 Sicily is surrounded by a trail of exotic islands that provide incredible vistas, vibrant towns, historical landmarks and ruins galore. How do you go about deciding which island tour is best for you, though? This guide paints a picture of different jaunts to partake in during your stay in this beautiful area.

Whether you crave climbing the ridge of a sleeping volcano, pacing through colourful shops, criss-crossing alleyways or discovering ancient artefacts and antiquities, the islands encircling Sicily have something for everyone.

Explore the Aeolian islands and book TRIPS by Culture Trip’s 10-day Sicilian adventure, where you’ll get to island-hop from Lipari to Panarea and Stromboli. 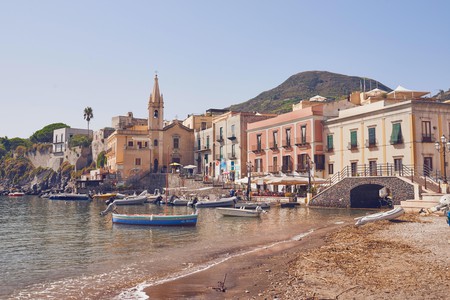 The ferry ride from the popular port of Messina takes you around the rocky and cave-ridden islands of Lipari. You will cascade through turquoise waters and marvel at the sun-bleached boulders and mountainous islets. Spend the afternoon lapping up seasonal gelato flavours, and walk the classic angular alleyways. You can explore Lipari cathedral, which sits at the end of a steep stairwell and offers a magnificent view of the entire island and expanse of striking cityscape. This area is surrounded by interesting archaeological museums, a miniature Greek-style amphitheatre, plus other cafes and attractions. 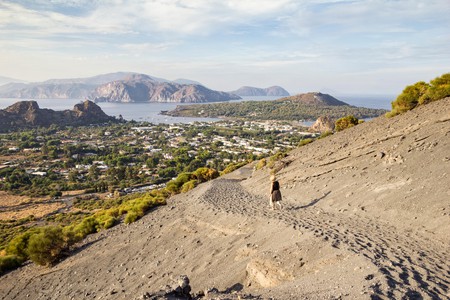 If you’re intrigued by the idea of walking along the crest of a dormant volcano, the island of Vulcano will prove beyond satisfactory. After departing from Messina, another cruise through the sparkling blue Mediterranean will take you to this rustic island. Once docked, you have a variety of activities to fill your day. Not only can you climb the vertical summit of the quiescent peak and get a towering perspective of the island, but you can also stroll the unique black-sand beach Baia Negra or soothe your skin in the simmering sulfur mud baths while enjoying the view of the serene seaside. After filling your day with activities, you can wolf down some local cuisine at any of the bustling cafes and bars in this blissful town. 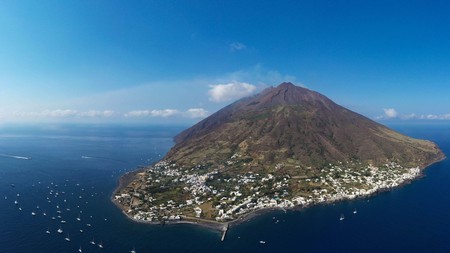 If you are all about extreme sport, you’re going to love Stromboli. It is home to an active volcano that you can hike up. Most guides offer either a morning or evening excursion – or you could do both and compare the difference – and you’ll be provided with appropriate shoes, helmets and flashlights. You can hang out afterwards on the black sandy beach and stroll through the small village. 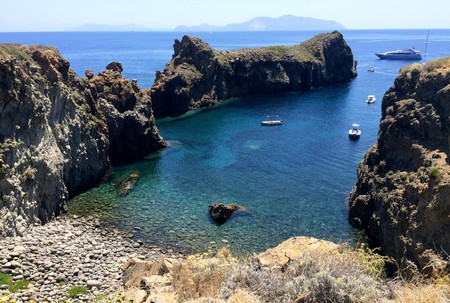 Another of the Aeolian Islands is chic Panarea, which has gained a celebrity following all year round. The charming island is best for relaxing on the beach, ambling through gardens and exploring old mule paths and agricultural platforms. The Bronze Age settlement of Capo Milazzese gives an extraordinary insight into the old ways of life, and from here you can hike up narrow paths for majestic views of the island. Otherwise, spend your time moseying through the cheerful shops and enjoying aperitifs at one of the local bars. 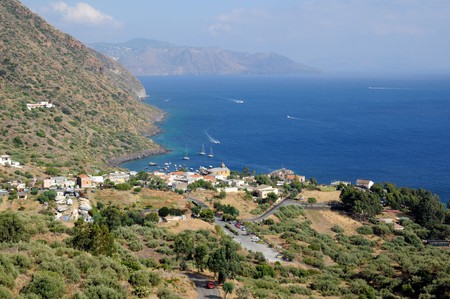 One of the smaller islands belonging to the chain of Seven Sisters, Salina is the greenest and most flourishing of the bunch. It became famous due to the 1994 film Il Postino that was filmed on these unspoiled shores. Cruise ships running from Milazzo will deliver you to the winding vineyards and caper bushes, glistening pebble beaches and bobbing fishing boats. Venture through the rolling verdant hills, visit the pulsing city of Malfa, or go snorkelling in the clear waters to observe underwater volcanoes and craters. Fresh fish is always on the menu, along with salty capers, and Malvasia delle Lipari, a sweet wine that the island is known for, is good to wash it down with. 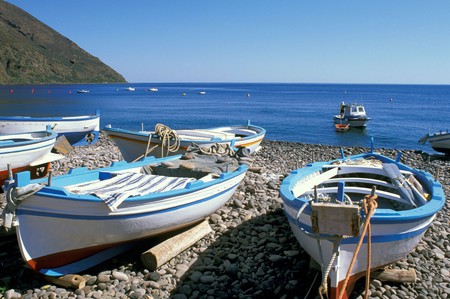 Although all the islands in the Tyrrhenian Sea vie for your attention, Filicudi captures the essence of tranquillity and has the feel of being untouched by humans. After docking at one of the two tiny ports, you will step into a tranquil atmosphere that encapsulates the island. Here, you can admire the bright hues of the foliage and greenery while exploring the age-old cultivation and plains that create the space. Visit the Grotte del Bue Marino, or investigate La Canna – a magnificent spire that appears to pierce the sky from the serene Mediterranean Sea. Overall, Filicudi is a break from the hustle and bustle of travel.