The 5 Best Ski Resorts In Piedmont

Piedmont means “at the foot of the mountains” – it is ruled by mountains, slopes and valleys that take up a third of its territory, providing a great destination for the lovers of winter sports. The ski resorts became relatively famous in 2006, when the Winter Olympic Games were organized in Turin, in the main city of the region. Here are the best ski centers in Piemont – let’s get on your skis and start!

Also known as “the Milky Way,” this network of ski slopes provides a hundreds of kilometers long ski lane system with varying difficulty. Track these pistes on a map and you soon realize that they are a part of a giant cobweb that connects several towns and villages (like Sestriere, Sauze d’Oulx, Cesana, Bardonecchia, San Sicario and Claviere). La Val di Susa in numbers: 120 ski lifts, 600 km of slopes, 1000 “cannons” to provide snow (as if there wasn’t enough), 15 schools with 500 ski instructors. Here all and sundry can find a place fitting his or her taste: from beginner to competitive, snowboarders and alpine ski or cross-country ski lovers. 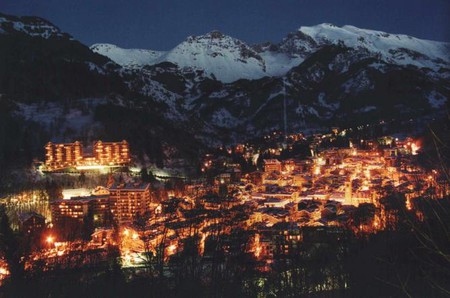 Open from early December until late April and between 1000-2000 meters, Limone Piemonte has a snow cover that is generally reliable. This resort is especially suitable for intermediate skiers, with 23 red pistes on board. Having four airports in the vicinity (a maximum of two hours of driving), you can quickly get to the exciting slopes! A ski center since 1897, the town hosted a competition in 1907 that started the official ski history in the town’s life which allowed them to celebrate the centennial in 2007. The resort hosts many international contests. 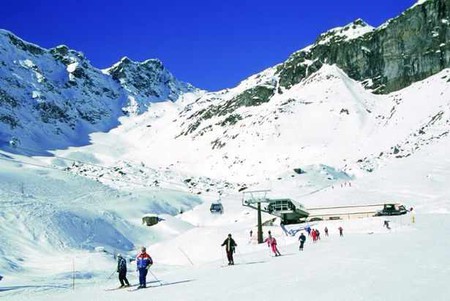 With its untouched beauty, this site is ideal for romantic skiers who are looking for pristine slopes, small hidden villages, old water mills and traditional good food. Starting above 1212 meters, lifts go up to 2971 meters above sea level. Intermediate pistes can be found in the biggest number, but beginners and professionals can also enjoy one of the blue or black slopes, respectively. Opening at the beginning of December and closing in April, this ski resort is ideal for brightening the glum winter days.

As being the largest ski resort in the province of Cuneo, this center is very well equipped to serve any desire that can arise through a ski holiday. The area offers 130 km of downhill slopes and cross-country skiing for all levels. Open from early December to April, the center offers top-level parking places, night skiing and Pratolandia, a high-quality spacious play area for children that guarantees fun. Probably the best site is Prato Nevoso, where the area changes from nursery slopes to more challenging ones, but the majority of runs are either blue or red. The average snowfall is around 80 cm.

Providing 8 ha of skiable terrain and 21 km of slopes, this beautiful region is suitable mostly for beginners and intermediate skiers. The lowest piste is at 1088 m, where the resort can be found. There are six airports within a two-hour drive which makes Domobianca perfectly accessible anytime. This center is well-known for its snowboarding facilities. Opening in early December and closing in April, Domobianca awaits tourists for one third of the year. The nearest town is ten km away, where cinemas, discotheques and hotels are available to make the most out of the holiday.