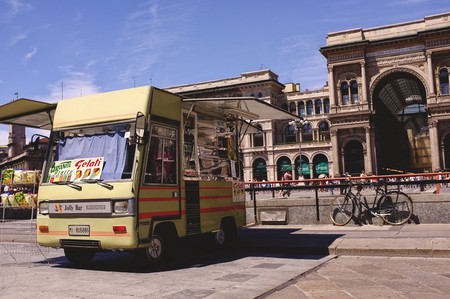 Italy is home to some of the best ice cream in the world. Wherever you go, there are delicious flavors to try and Milan is no exception. Here are some of the best places in the city to pick up a cold, creamy gelato. 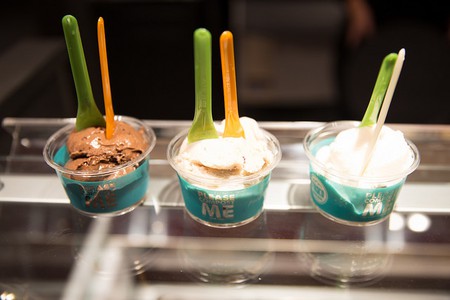 With a continually evolving selection of over 50 flavors, La Bottega del gelato makes all its ice cream on premises, with menu-adjustments made for seasonal ingredients. Best known for their fruity flavors (including unusual varieties such as dragon fruit, mandarin, and passion fruit ) and sorbetto-filled excavated fruits, La Bottega del gelato is a mainstay among Milanese gelaterias.

Il Massimo del gelato located in the upmarket neighborhood of Via Lodovico Castelvetro is a traditional ice cream parlor offering elegant flavors. Refining the classics is what they do best; they are most famous for offering ten different flavors of chocolate alone. Seating can be scarce in this small, popular establishment but come on the sunniest day of your trip and have your gelato ‘on the go’ if you can’t sit down.

Famous for its chocolate-filled cones and huge range of toppings, the reputation of this revered establishment is based as much on presentation as taste. Specializing in chocolate flavors, and vendor of the original ice-cream sandwich (literally, three scoops in a roll of sweet-bread), Cioccolati Italiani is a chocoholics dream. Located within walking distance of Milan Cathedral, it is the perfect place to round off a day of sightseeing in one of the city’s most visited neighborhoods.

Located on Via Giovanni Enrico Pestalozzi, and known for its incredible range of flavors (and almost daily menu changes) La Gelateria della Musica is the place to come for original ice cream creations as Bread Butter & Jam, Chocolate Bacon, and Red Velvet Cake. The gelateria’s popularity can mean long lines, so get there early if you can. 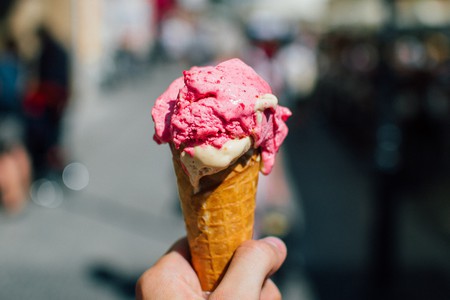 Gelato Giusto has a great selection of flavors (including local favorites such as stracciatella, hazelnut, and pistachio, as well as a host of original creations such as green tea-coco and ginger-lime). Plus a comfortable interior, great service and guaranteed fresh ingredients. Look out for their beautiful selection of home-made pastries too.