The 11 Most Beautiful Italian Islands to Visit This Summer 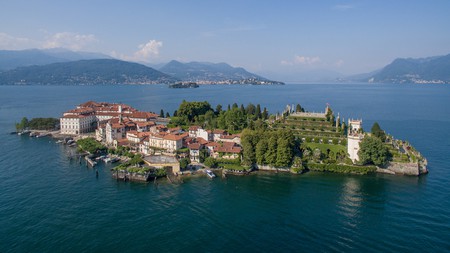 Italy is a country of incredible natural beauty, from her majestic cities of Rome and Venice filled with art and architecture, to the many charming villages scattered throughout the countryside. Another thing that Italy has plenty of are islands. There are more than 400 that dot the Mediterranean and Adriatic seas that surround Italy. These are some of the most beautiful Italian islands to visit this summer. 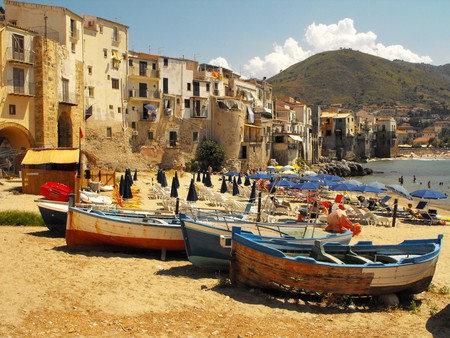 Sicily is Italy’s largest island and it sits at the very bottom of the toe of the boot. Sicily has two active volcanos, Etna and Stromboli, both of which you can climb and it even has two of its very own set of islands, the Aeolians and the Egadi islands. For the architecture buffs, you can visit Palermo and the the eight towns in the Val de Noto filled with stunning examples of Sicilian Baroque. Of course, the cuisine is legendary so make sure you plan a culinary pilgrimage as well. Get your fill of sweet cannoli, granita and the ubiquitous street food snacks, such as aranvini which are scrumptious deep fried, sauce filled rice balls in the shape of Mount Etna. 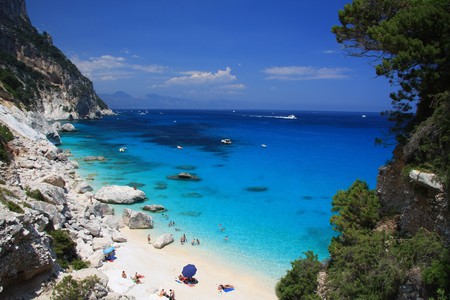 The island of Sardinia has so many spectacular beaches that it would be impossible to visit them all even if you stayed for a month. Golden stretches of sand and water in more shade of blues and greens than a Farrow and Ball paint shop, with many of them are virtually empty for most of the year. You can head into the rugged mountains and visit towns with defiant political history, and taste wines you will likely never find off the island.

This Pontine island in the Tyrrhenian sea off the coast mid-way between Rome and Naples is uninhabited, but all summer long it is one of Italy’s dreamiest destinations. Book a small cruise or rent your own boat from the harbor in Ponza to sail over to Palmarola to spend a day swimming in the turquoise seas and admiring the craggy white cliffs. Don’t miss La Cattedrale on the northernmost point of the island. There is a rustic restaurant on the main beach that serves grilled fish and simple pasta dishes, but you will probably have to swim from your boat to get there. 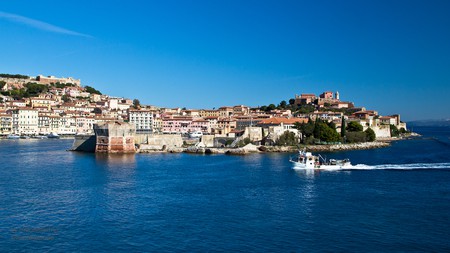 The island of Elba is the largest in the Tuscan archipelago and is in very easy reach of the popular tourist towns of Florence and Pisa. Historians will know Elba as the place of the Emperor Napoleon’s exile from France in the early 1800s. In the summer months, the island is a popular beach destination with the piazzas and beach clubs filling with music and people. Elba is also a prime destination for cyclists. There are miles and miles of fast racing and rugged mountain tracks. You will see the strange sounding word Gurguglione on virtually every menu. This versatile rich vegetable stew can be severed hot or cold, as a stew or as a topping for bruschetta.

A post shared by Ristorante Michel'angelo Capri (@ristorante_michelangelo) on Jul 31, 2017 at 6:36pm PDT

Capri is an island of dreams. Super yachts dot the island’s two harbors and celebrity sightings on summer evenings, particularly at the famous late night club Taverna Aneme e Cuore are the norm. The designer boutiques that line the Via Roma and Via Camerelle showcase jewelry, shoes and dresses made to impress. It is best to spend more than a day here to really see the island’s true character. Take a private boat tour, have lunch at a family restaurant or lounge at a fancy beach club. Once the sun sets, put on your fanciest outfit and take part in the pre-dinner scene in the lively see and be seen Piazzetta. 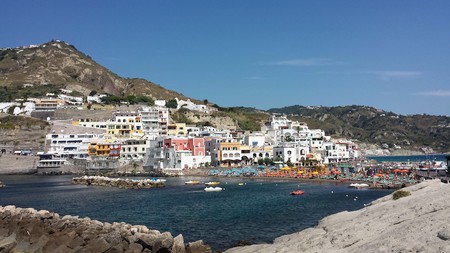 Ischia is within view of the glamorous island of Capri and is sometimes overshadowed by its showier neighbor. Ischia has a distinctly different feel. Much more relaxed and much larger, here you will find black sand beaches and scooters zipping through the streets. Fans of the searing Elena Ferrante Neapolitan novels can make a pilgrimage to the Maronti beach with its deep gray pebbles and thermal pools. La Moretella Botanic Gardens are a lush green retreat that hosts concerts on summer evenings. 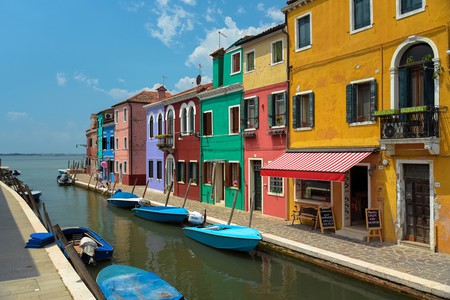 Is the beach not really your thing but you still want to have an island getaway? Then Burano is the destination for you. Less than an hour’s boat ride from Venice, this colorful island is full of charm. Shop for dainty handmade lace, which was once the island’s fame and fortune and make a stop at a local bakery for a bag of bussolà of Burano. These just barely sweet cookies come in a donut shape typical of the island or an S shape called essi, said to echo the shape of the Venetian Grand Canal. 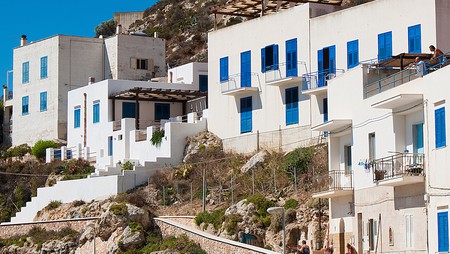 Part of the Egadi group of islands off the coast of Sicily, this rugged island is for a vacationer with simple tastes. The sea is crystal clear turquoise and the rocks glow Aperol spritz orange in the afternoon sun. You have three spots to choose from, Cala del Faraglione, Cala Tramontana and Cala Minnola, or you can rent a boat and find your own cove to splash around in. This small island has a permanent population of just more than 50 people, so don’t expect nightlife or a cafe scene here. There are two restaurants that serve fresh fish and pasta, and don’t miss a Sicilian style breakfast of granita (sweetened shaved ice) in a brioche at a bar near the main port. 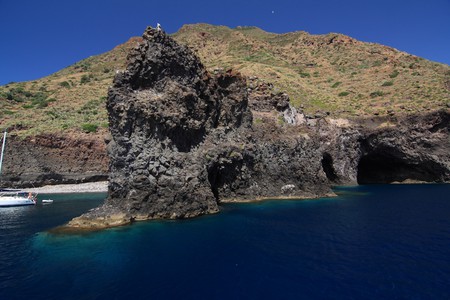 The Aeolian island of Filicudi is not very easy to get to, but your effort will be well worth it. For the dive enthusiasts, these are some of the best waters in the Mediterranean to see a rich bounty of underwater life. There is a prehistoric village at Capo Graziano where you can visit stone foundations of a Bronze age settlement. For a bird’s eye view of this quirky island, take a hike up to highest peak on the island, Fossa dei Felci, which is over 2,000 feet above sea level at the summit.

Italy’s northern lakes have much of the splendor and glamour of her Mediterranean cousins. The salty seas and flashy super yachts are exchanged for deep blue fresh water where sleek wooden Rivas slice effervescent white wakes behind them. In the middle of Lake Maggiore is the lush island called Isola Bella (Beautiful Island). The location certainly lives up to its name as one of the most magnificent of the Borromean Islands with verdant gardens and a fairy tale castle. 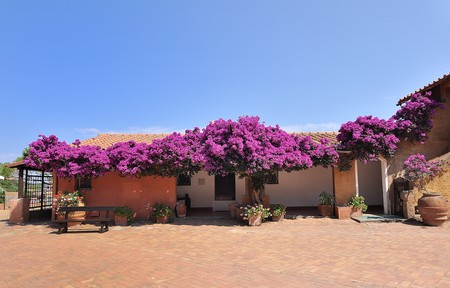 Giannutri is the smallest and the southernmost of the the islands that make up the Tuscan Archipelago. There are four rocky peaks; Poggio del Capelrosso, Monte Mario, Monte Adami and Poggio del Cannone, that are perfect for trekking and two rocky coves, Cala dello Spalmatoio and Cala Maestra to soak up some Tuscan sunshine. You can explore the remains of a Roman era villa by climbing up a stone staircase from the beach Cala Maestra and snorkel of the rocky coastline. This is an Italian island destination for the outdoor lover.