The 10 Most Important Artworks at the Uffizi Gallery, Florence 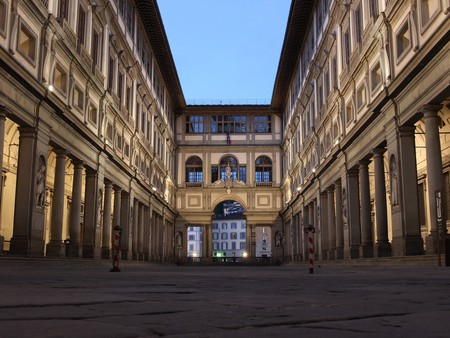 It might feature on every tourist’s ‘must-see’ list, but you can’t really claim to have visited Florence without seeing the Uffizi. Here are the masterpieces you just can’t miss when exploring this world-famous gallery. 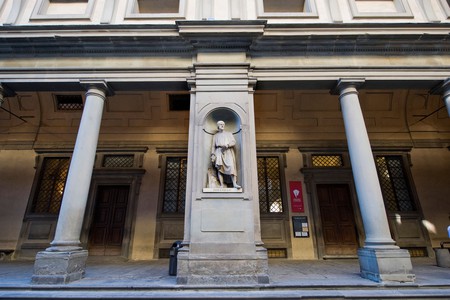 One of the world’s finest and oldest art galleries, the Uffizi in Florence, Italy, has housed the world’s masterpieces since the time of Leonardo. Established in 1581, it was designed by Vasari, architect and author of Lives of the Artists. The same loving detail that went into that masterpiece of art writing went into the curation of the museum, and has continued to do so ever since.

The gallery is still home to an almost unparalleled collection of masterpieces, and while it attracts a lot of tourists, it really is a must-visit if you’re heading to the Birthplace of the Renaissance.

‘The Birth of Venus’ by Sandro Botticelli

Perhaps the Uffizi’s most famous work, The Birth of Venus is one of those paintings that has achieved a level of fame so great it almost obscures the greatness of the original work.

Like the Mona Lisa or the Warhol Marilyn series, you’ll have seen this reproduced so many times before you actually see it that it’s near impossible for it live up to expectations. And yet somehow it does, not least because of the sheer size of the work, which measures nearly three metres (10 feet) across.

Seeing the alluringly beautiful Venus in the flesh will stick with you, but it’s the little details that delight – the folds of fabric and floating flowers. This is worth the price of entry alone. 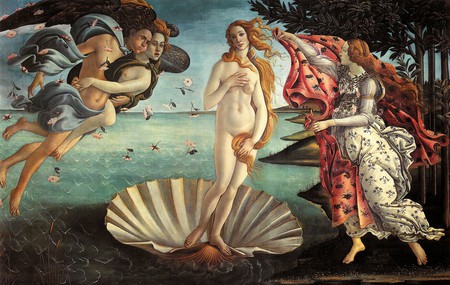 ‘Coronation of the Virgin’ by Fra Angelico

One of the most stunning altar-pieces ever created, Fra Angelico‘s work offers us an entire compendium of saints, each given their own unique character and spirit by the master painter of the 15th century. The painting is stunning enough on its own, but when coupled with the detailed engraving work in the gilt, this truly becomes a masterpiece.

Originally part of a triptych, the Coronation of the Virgin has more than enough detail to allow it to stand by itself. However, you can see its sisters at the nearby San Marco Museum if you want an idea of how Angelico originally conceived it. 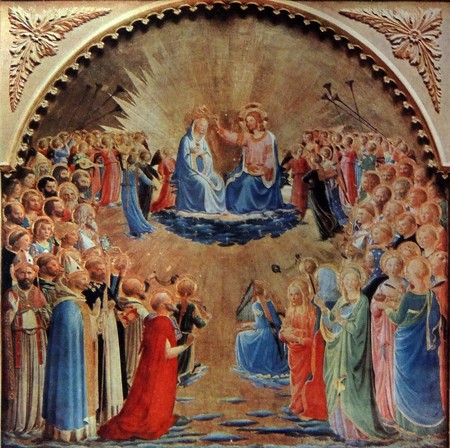 ‘Laocoön and his Sons’ by Baccio Bandinelli

Displayed in the Uffizi’s breathtaking sculpture corridor, Bandinelli‘s sculpture teaches us much of what we know about artistic methods during the Italian Renaissance. Basing his work on a Hellenistic sculpture unearthed in 1506, Bandinelli’s version takes the ruined original and its description by Pliny the Elder and uses it to model a modern recreation for Pope Leo X to give as a gift to King Francis I.

Here, we have the entire story of the Renaissance in microcosm: an artistic commission from a powerful leader based on a work of antiquity, which is then refashioned for a contemporary audience by a master craftsman. 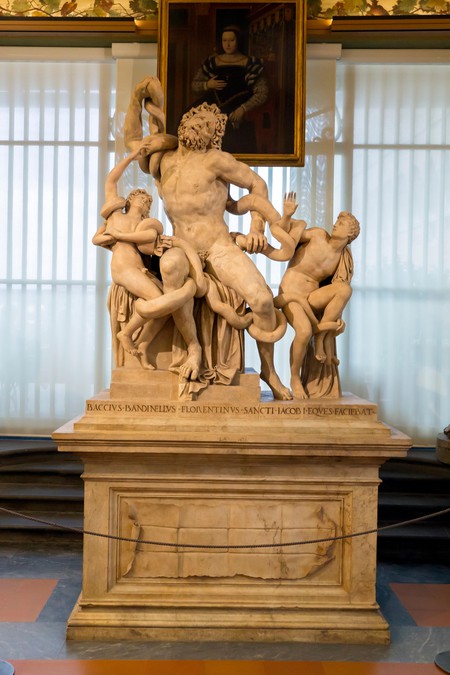 ‘Madonna with the Long Neck’ by Parmigianino

The strange, adult-like proportions of the child and the elongated neck of the mother in its colloquial name should count against Parmigianino’s most famous work, yet somehow they seem to imbue the painting with its own unique kind of grace and stillness.

In fact, everything in this painting is radical and innovative, from these proportions to its strange perspective, to the highly unusual placement of figures within the painting – they show a painter trying hard to find new ways of depicting the familiar scenes attempted by all his predecessors. For all its apparent flaws, Madonna with the Long Neck is a triumph – proof that a radical new way of working can lead to a masterpiece. 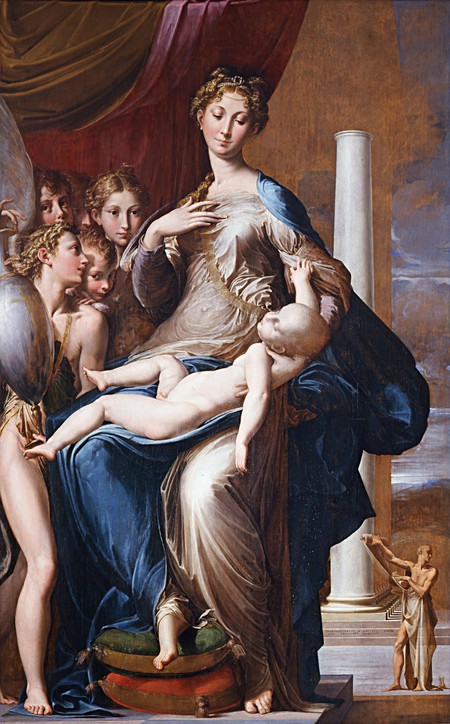 ‘Portrait of Pope Leo X with Two Cardinals’ by Raphael

Raphael’s Portrait of Pope Leo X, who commissioned many of the gallery’s finest works, is another of the quietly revolutionary works that make the Uffizi worth exploring. Raphael eschews the idealism of his time to show the Pope as he must have been in reality – a ‘warts and all’ approach that would not become prominent for at least another century.

Furthermore, the master has filled the painting with references to contemporary events that mean the work has a new detail to offer on every single viewing. 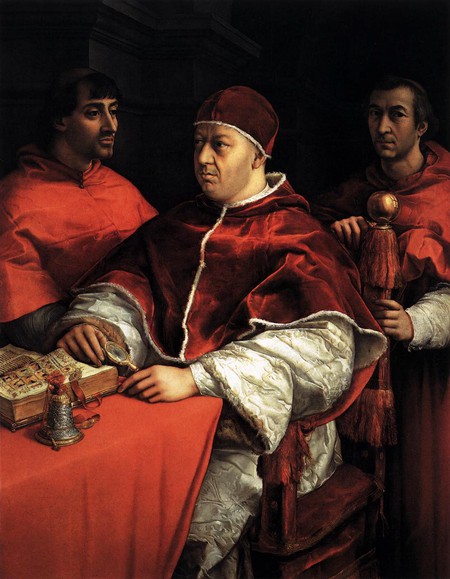 A painting best-known due to its inclusion in the introduction of EH Gombrich’s seminal Story of Art, this early depiction of the head of Christ is a fascinating insight into a neglected period in the history of art. It was painted before idealised naturalism became the defining mode of art (one that would persist for centuries) that allows ornamentation and the depiction of emotion to take precedence over realism. This gives the work an exciting air of expressionism that would not return to art until the 20th century. To see this work is to see how the history of art could have taken a very different direction indeed.

The Uffizi is one of the highly select group of museums that own a da Vinci – the Annunciation is one of only about 16 paintings we have from perhaps the most famous artist of all time. It provides an insight into the early work of da Vinci, who painted this alongside his master Verrocchio.

Although it is now thought to be a collaboration, signs of the signature da Vinci style can clearly be seen, particularly in the Angel Gabriel on the left, whose face bears a distinct similarity to the artist’s other works like the La Belle Ferronnière and the Mona Lisa.

Along with The Birth of Venus, Caravaggio’s Medusa is the work people most associate with the Uffizi Gallery. As well as a gripping study of one of mythology’s most compelling characters, this work on canvas mounted on a shield is an exciting exploration of form from one the great radicals of his time.

Representing both the Medusa herself, whose head could turn humans into stone, and the mirrored shield that finally defeated her, the work is a fascinating exploration of opposites and the nature of art, as well as a gripping image in its own right. 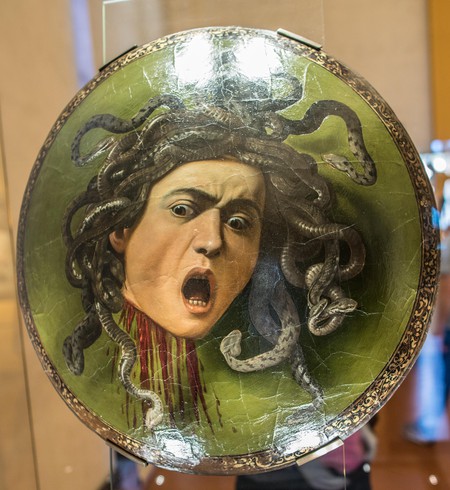 This depiction of the Doni Tondo (also known as The Holy Family) offers an experience only available at this gallery: the chance to see a panel painting by Michelangelo, for this is the only one that survives.

A fascinating precursor to the Sistine Chapel, which he probably began after completing this work, it clearly shows Michelangelo’s mastery of bodily form and fabric through its depiction of a robe-wearing holy family flanked by beautiful male nudes. 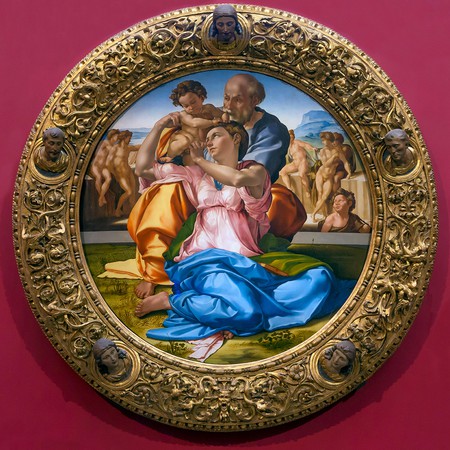 ‘Venus of Urbino’ by Titian

The best and most famous of Titian’s nudes, the Venus of Urbino is not just a masterpiece, it’s also one of the most alluring paintings in the history of art. Its frank and shameless eroticism was shocking for its time, and its legacy can be seen on subsequent artistic generations from Manet right through to Tracey Emin and Sarah Lucas today.

Many, including the writer Mark Twain, see the painting as an obscenity, a pornographic blot in Titian’s faultless career, while many others admire the mastery of flesh Titian achieves. You’ll need to see the painting yourself to form your own opinion on one of art’s most controversial pieces, and whichever side you fall on, you won’t be un-moved. 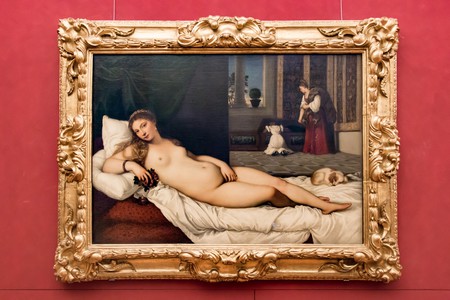