The 10 Best Things To See And Do In Garbatella, Rome

In the 1993 film, Caro Diaro, Nanni Moretti’s main character rides through Rome on a scooter, and remarks, “Il quartiere che mi place plù di tutti è la Garbatella,” meaning, the place I like best of all is Garbatella. Come and see for yourself what the top 10 things to see and do in Garbatella are.

Rome, with its ancient origin and modern city life, is a place of contrasts and juxtapositions; you take a trip to the Centrale Montemartini to see the opposing forces displayed in their extremes. As vast reconstruction works began on the existing Musei Capitolini, hundreds of ancient statues were moved to an old power plant on the west bank of the Tiber. To keep the sculptures accessible to the public throughout, an exhibition was created, The Machines and the Gods, a temporary display that has remained. Displaying ancient art in industrial surroundings, Centrale Montemartini is a signpost of the edgy, innovative thinking that is currently lifting Garbatella and its surrounding district out of obscurity. 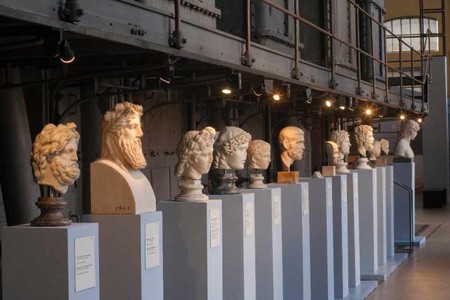 Described as an independent entity in a neighborhood independent from Rome, the Ambra alla Garbatella is a theater and performance space hosting a wide variety of events. Here there is theater, cinema, music, as well as art exhibitions and innovative fusions of mediums. Inside the building is also a reading room, and the theater’s resident restaurant, L’Ambretta, providing dinner, as well as drinks. With a program ranging from comedy to tragedy, and containing every human emotion in between, the Ambra alla Garbatella offers an opportunity to continue your odyssey through culture. 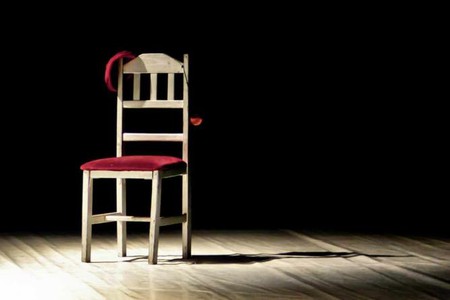 Offering an architecturally curious contrast to the historic districts of Rome is the Ponte Settimia Spezzichino, also known as the Ostiense Overpass. An arched bridge of white steel was built as a tribute to Settimia Spezzichino, the only Roman Jew to survive her deportation to Auschwitz. She led cars, cyclists and pedestrians alike into the district that was her home until her death in 2000. The DNA-like construction somehow works with its surrounding, and makes one of the more modern, sleek impressions on your way towards Garbatella. 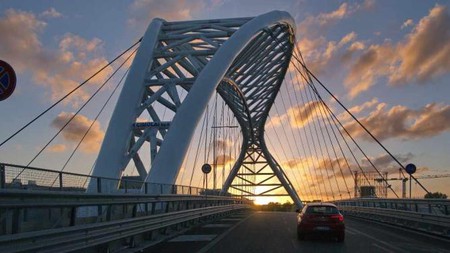 Basilica of Saint Paul Outside the Walls

In the outskirts of the Garbatella district lies one of the four ancient basilicas of Rome, that is, one of the four highest-ranking churches in the eyes of the papacy. While situated outside the Vatican state, the Holy See administers the church allegedly built over the burial ground of St Paul in the fourth century. With spectacular architecture and the abundantly decorated church also contains the tomb of St Paul. Additionally it has a chapel of relics and a tombstone collection in its permanent exhibition. A popular destination for pilgrims, even today, the basilica is a remarkable historical landmark. It gives you a taste of the ancient tradition that founds the city of Rome.

Garbatella is increasingly becoming a place in which generations and cultures meet, something that is reflected in its cuisine. Perhaps more so than the tourist-invaded central parts of the city, Garbatella still offers authentic dishes cooked by, and for, Italians. A wide variety of restaurants, cafes and bars offer anything from Italian wines to craft beers. Try Andreotti alla Garbatella for traditional Italian pastry or Li Scalini di Marisa, famed for its hearty, homemade pasta dishes and popular among the locals.

In the heart of Garbatella, in the Piazza Bartolomeo Romano, lies a Roman institution, the Teatro Palladium. Built in the 1920s, and beautifully furnished, the old-school cinema provides a captivating mix of commercially successful film, and edgy new innovations in the world of art. The theater, owned and operated by the Roma Tre University, is one of the venues for the RomaEuropa festival, an annual celebration of performance arts, contemporary dance, music, theater and film. Surrounded by plenty of restaurants and bars, the Palladium is a perfect choice for an evening spent in the Garbatella district. 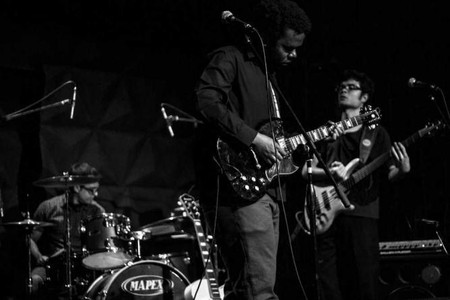 While perhaps a rundown and dreary place of working class dwellings in the 60s and 70s, the Garbatella and its surrounding district of Ostiense has experienced a second coming as a cultural hotspot. The Ostiense District is a project that aims to promote the area as a space for contemporary art, and this is especially evident in the way that random assortments of graffiti are being swapped out for large, colorful murals, covering walls throughout the district. Keep your eyes peeled when you’re out and about, for you might just stumble upon a piece of art, some wonderful colors and shapes crawling through the cityscape. 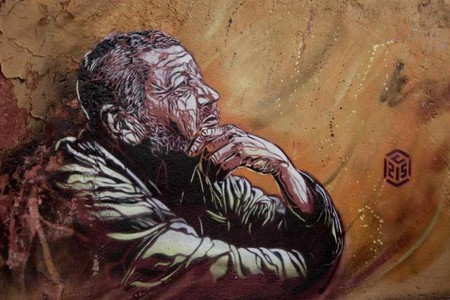 Founded in 2007 by photojournalist Francesco Zizola and Claudio Palmisano, 10b Photography, conveniently located at San Lorenzo da Brindisi 10b, is an exciting example of how new cultural expressions are seamlessly incorporated into Garbatella. The sleek, clean surfaces of the gallery displays a variety of photography from around the world. It offers the weary traveller a cool, tranquil break from the rustic Italian streets outside. As well as revolving exhibitions in the gallery, 10b Photography is also home to a media lab that hosts multimedia projects and photojournalism-related workshops.

Built in the communal spirit, Garbatella is made out of small, numbered, low-rise buildings, that surround even smaller communal gardens. The architectural features of the district give a distinct feeling of a village trapped within the city, and taking a walk through Garbatella is truly the best and the simplest way to experience it. Make your way through Piazza Sapeto, the Piazza Benedetto Brin, see the towering Albergo Rosso building, and find your way through the strict construction of the building blocks to find quiet places, gardens and fountains that run through the community. 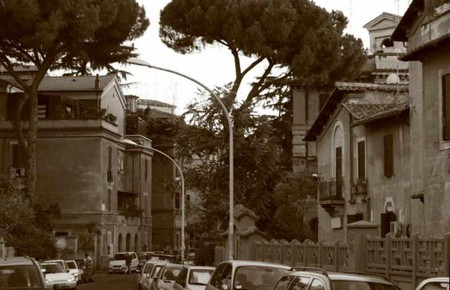 On the edge of the Garbatella district, closer to the Tiber river, lies yet another ancient artefact – the Catacombs of Commodilla. The artefact is one of 40 underground burial places in Rome, dating from the middle of the fourth century. A fascinating feature in themselves, the catacombs also contain examples of early Christian art; among these is what curiously appears to be one of the first depictions of a bearded Christ. Take a trip underground and breathe in the stale air of centuries past.