Small Italian Town To Build a Marble Statue of Trump 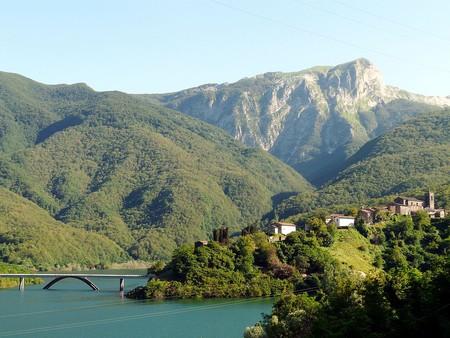 A small town in the rolling hills of Tuscany has announced its intention to build a $100,000 marble statue of Donald Trump. The town of Vagli di Sotto has commissioned the statue to be built in its new Park of Honor and Dishonor, a tourist attraction that features famous and infamous figures from all around the world, carved in the region’s marble. Many people are raising eyebrows at the idea of the town building a statue to commemorate the US’s new controversial president.

It is not yet clear which side of the park Trump’s statue will be built, that of honor or dishonor; the mayor Mario Puglia has said that the world will have to wait for history to tell. ‘I’m not going to enter into a discussion over whether his actions are right or wrong,’ he told the newspaper The Local. ‘But at the moment Trump is the only politician who is following through on his promises, doing what he said on the campaign trail.’

Not only is the park an attempt to attract tourists into the town, it is also intended to showcase the area’s fine marble. The sculptures are funded by private donations and the park already has a few odd statues on display, including two from the Costa Concordia cruise ship disaster in 2012, and Diesel the French police dog who was killed in a raid after the Paris attacks in 2015. Last year a figure of David Bowie was commissioned and will be erected in the near future.