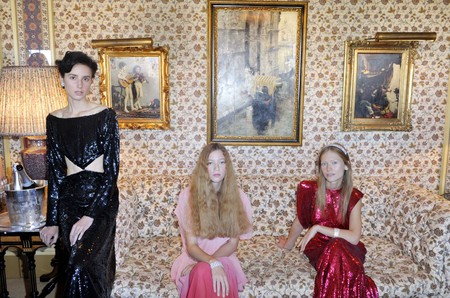 Prada and Dolce & Gabbana are the mainstays of Milan Fashion Week, but with exciting new labels also calling the Italian city home, there was so much more to get excited about during the spring/summer 2019 presentations.

Gilda Ambrosio and Giorgia Tordini both had successful solo careers in the fashion industry before joining forces to launch Attico in 2016. Their label – named after the Italian word for ‘penthouse’ – presented a new take on evening glamour; one so confident that it felt effortless. Now, two years on, the brand continues to reinvent the classic robe, applying head-to-toe sequins, ombré rainbow hues and plush velvet details to blend the style’s versatility with opulence. The brand’s celebrity following includes Rosie Huntington-Whiteley, Beyoncé and Margot Robbie. 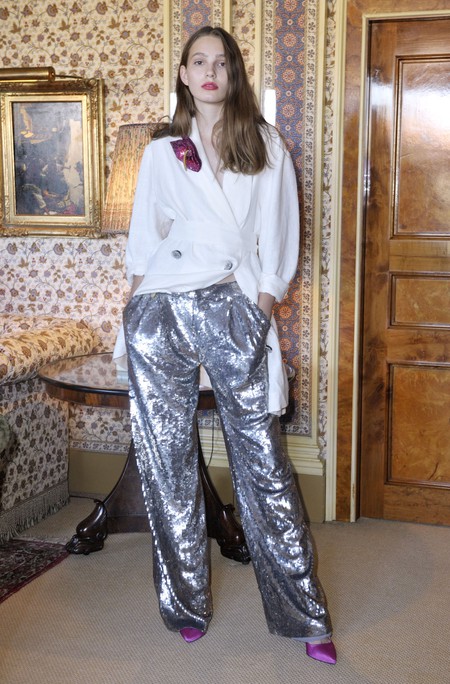 With a background designing for two of fashion’s most credible names, Giambattista Valli and Dolce & Gabbana, it’s no wonder Nicola Brognano’s new namesake label has fast become one of Milan Fashion Week’s (MFW) most anticipated runway shows. Since the brand’s launch in 2015, Brognano’s collections have focused on ultra-feminine design mixed with masculine silhouettes. The designer’s spring/summer 2019 collection featured signature oversized shoulders and fitted waists as well as clashes of colour and texture; tulle juxtaposed with pony hair and pastels provided contrast to monochrome. Each look blurred the lines between day and evening wear and put a thoroughly modern twist on MFW’s traditionally romantic aesthetic. 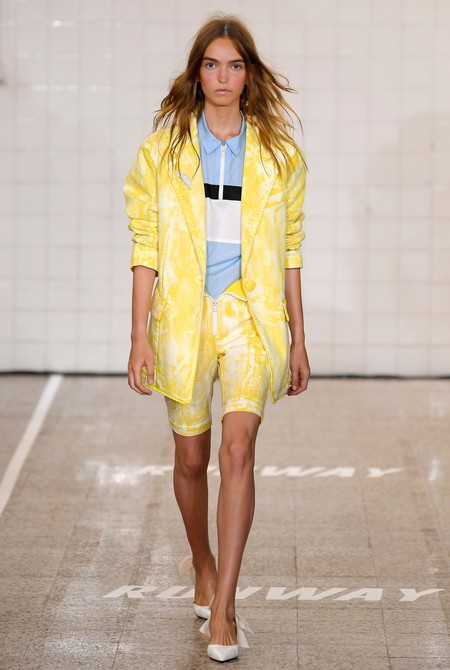 Moncler’s Genius Project is an initiative that sees the Italian performance-wear label partner with some of the fashion industry’s most exciting designers to create small capsule collections throughout the year. Spring/summer 2019 marked the second instalment of the project and the first time collections were presented on the runway. Collaborators included Japanese streetwear designer Hiroshi Fujiwara and Kei Ninomiya, who created an all-black collection inspired by Moncler’s signature down jacket. But it was British menswear game-changer Craig Green that stole the spotlight when his models – dressed in brightly coloured utility items surrounded by contraptions made from curtain rails and weights – stormed the catwalk. 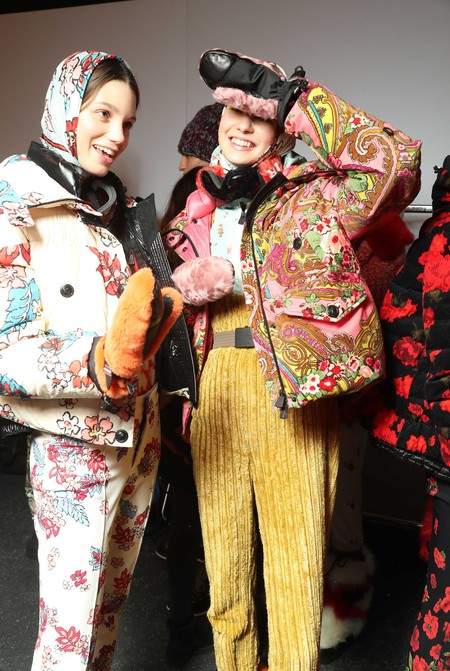 Fendi may not be a new addition to the Milan line-up – the label has been featured since MFW’s inception in 1958 – but it continues to raise the bar year on year. In September 2017, creative director Karl Lagerfeld sent models down the runway wearing cowboy boots and it wasn’t long before other labels and highstreet brands caught on, making it the footwear trend to be seen in by the time SS18 collections came into stores. This season, the theme was ‘urban jungle’, and Lagerfeld put a high-fashion twist on the ever-present safari trend. Trench coats were teamed with micro belt bags in tertiary hues and high-rise army trousers were cinched at the ankle with block-heel boots. 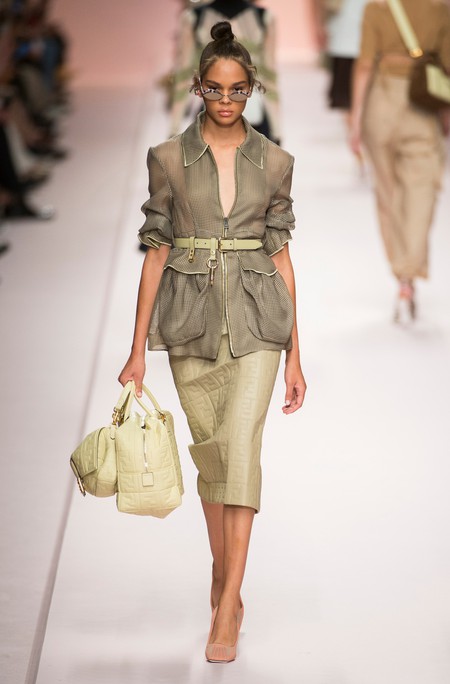 Favoured by Italian magazine editor Anna Dello Russo, singer Pixie Lott and designer Alexa Chung, Vivetta Ponti’s designs have earned her a credible reputation since she launched her label in 2009. Honing her craft at Roberto Cavalli, Ponti now applies her learnings to her own collections, with signature styles including frills and ruffles, clean-cut silhouettes and artful embroidery. As anticipated, SS19 designs comprised bright colour, a playful aesthetic and a hint of vintage nostalgia. 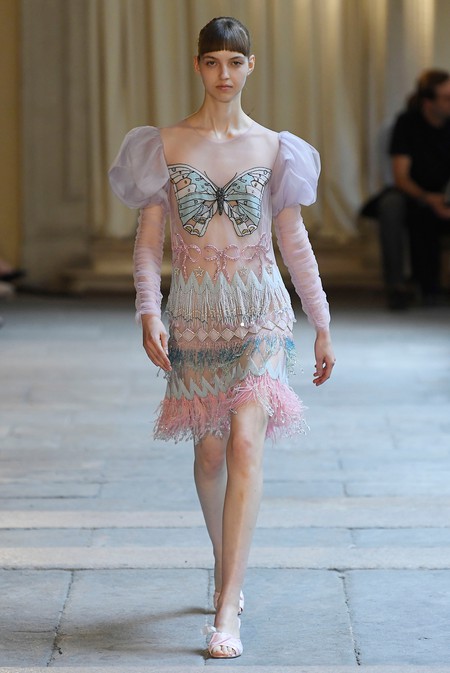 Francesca Ruffini has been credited for making pyjama-dressing-by-day not just acceptable but fashionable since the launch of her label, For Restless Sleepers, in 2016. Specialising in silk and velvet, and creating an opulent series of coordinating separates and robes, Ruffini concentrates on craftsmanship and timelessness instead of short-lived trends. Her invite-only presentations took place throughout MFW, offering a visual respite from the high-energy runway shows. 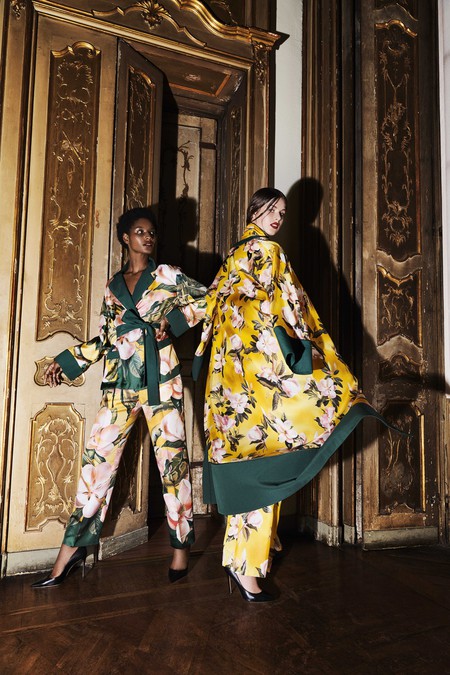 Despite moving the prestigious runway show from Milan (where it has held residency since 1958) to Paris this season, Gucci’s creative director Alessandro Michele secured the brand’s established slot on the first day of MFW with a celebratory party. Held on the first night of MFW, the event included a performance from the Michael Clark ballet company, which may have hinted at what he has in store for the Paris showcase. Gucci’s approach to MFW was a clever tactic for remaining at the forefront of attendees’s minds despite not presenting on the runway. 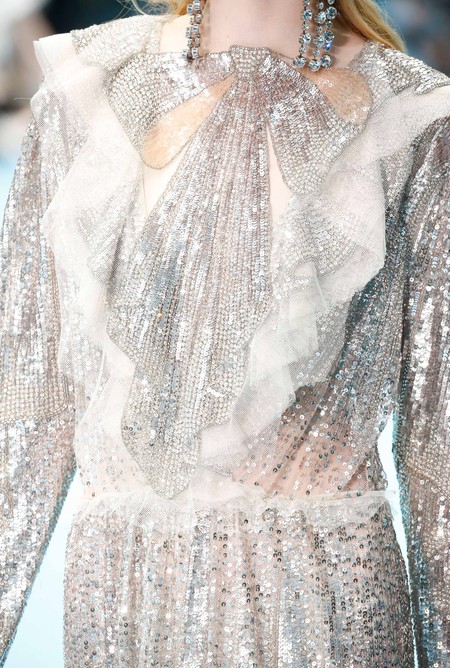 You may also like: How London Fashion Week Is Thinking Beyond the Catwalk