Science Says This Is When Venice Will Become an Underwater City 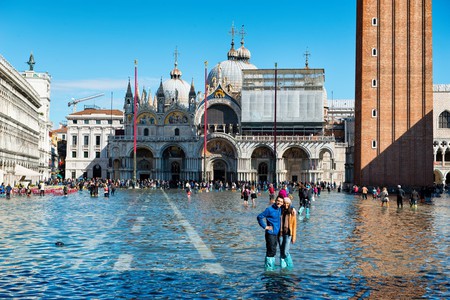 It has been said for many years that Venice is sinking, but a new study suggests it could be as soon as 2100. A recent climate change study has warned that Venice will be underwater by 2100 if the acceleration of global warming is not curbed. This is because the Mediterranean Sea is expected to rise by up to 140 centimetres (over four feet) in the next century. Our oceans and seas continue to expand as a result of increased concentrations of greenhouse gasses raising the temperature of the earth’s atmosphere. 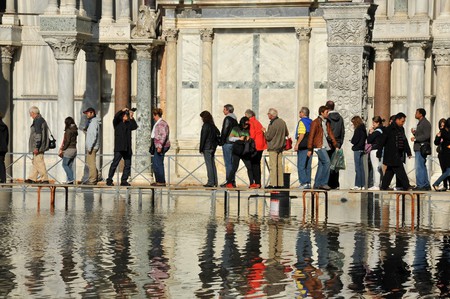 Travellers visiting Venice in winter months often experience a waterlogged city, which is linked to this global warming issue. Right now, the city is experiencing the highest levels of flooding in four years. It is said to be from strong tides caused by The Bora, a winter wind travelling from the Northeast.

Rising water levels is something that Venice has been battling for many years, with flooding commonplace; Venetians call it the ‘acqua volta’ and it usually happens between November and March. Every year, temporary stilted walkways are constructed on the streets so pedestrians can still get around. 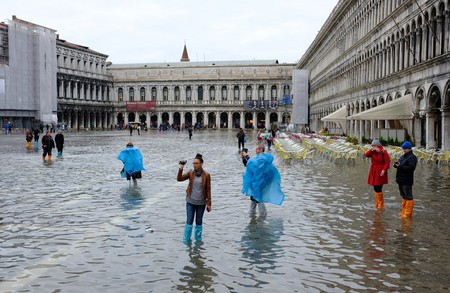 Worryingly, the new report, published in Quaternary International, also concludes that large areas of the west coast of Italy and the North Adriatic coast could also become swamped by 2100. The research study by ENEA (the Italian National Agency for New Technologies, Energy and Sustainable Economic Development) looked at millstone quarries along the Mediterranean Sea to assess intervening sea level changes since the quarries were abandoned. The data has been used as a means of predicting possible rises in the future.

For tourists in Venice, the sight of St. Mark’s Basilica reflected in the flooded square is a novel experience, beautiful even, but for the city’s residents and governors it is a major cause for concern. Important historical monuments, churches and the general architecture are at risk of damage, and as continually reinforced by reports such as the latest ENEA study, the forecast for Venice’s future is not improving.

Acqua alta in St. Mark’s Square, Venice in October 2015 | © PlusONE/Shutterstock
Give us feedback