Sail Like a Local in Naples, With These Secret Alternatives to Popular Marinas 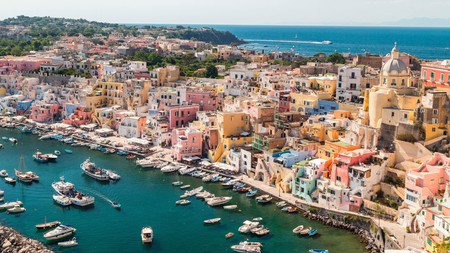 Colossal ancient architecture, Renaissance art and delicious pizza are some of the visions that spring to mind when thinking of Naples. Sailing off the coast of this southern Italian city will enable you to have your fill of all three, with the addition of some soul-stirring panoramas that you would never see from the land. When it comes to finding a spot for the night, there are many options where you can avoid fighting the masses at the big marinas, like Naples’s historic Borgo Marinari. We reveal some of the lesser-known spots to throw your lines or anchor.

Explore the coast around Naples by chartering a boat for the day through SamBoat. Alternatively, book a vessel for a full week with Dream Yacht Charter. 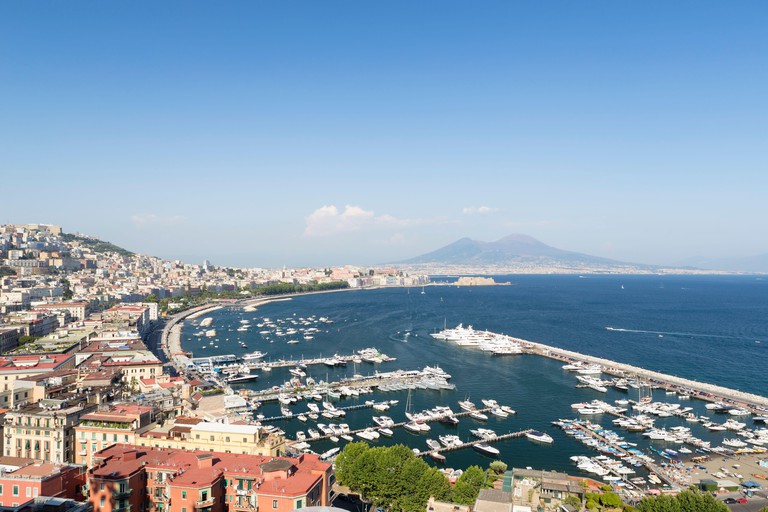 © stefano baldini / Alamy
This marina will place you just 7km (4mi) from the medieval seaward gate of Naples, Porta Nolana, and all main sights can be reached by taxi, or even on foot. With views of the Gulf curving to meet Mount Vesuvius, modern Molo Luise accommodates 110 boats of up to 100m (328ft) in length, and with drafts of up to 11m (36ft). Water, power, fuel, repairs and supplies are all on site. Head uphill from the tourist traps for superior restaurants like NO.RO, and bars like Pacù. 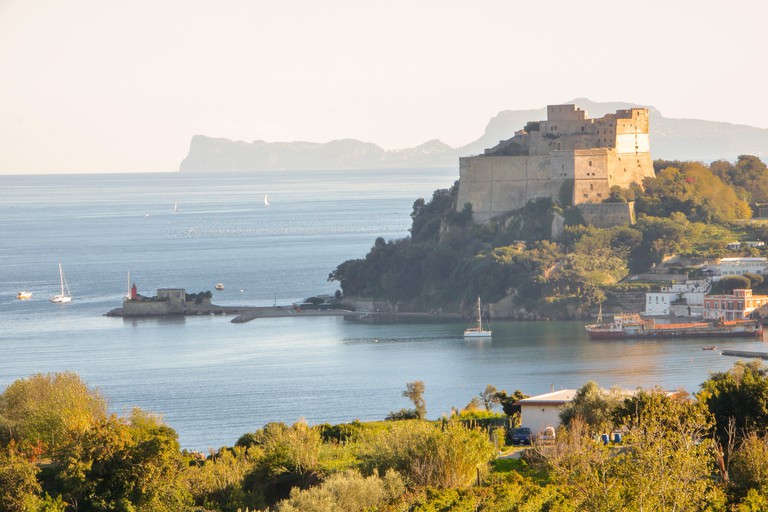 © Laura Di Biase / Alamy
Want to hunt for ancient ruins in the steaming caldera of an active volcano? Of course you do! Seduced by the big-ticket attractions southeast of Naples, few head west to the ancient geothermal sites of Campi Flegrei. The “Phlegraean Fields” is an area strewn with steam vents, boiling mud pools and Roman remains such as the Flavian Amphitheatre. Nearby Porto di Baia is a professional, full-service marina with 100 berths for boats of up to 24m (78ft) and drafts of 6m (19ft). 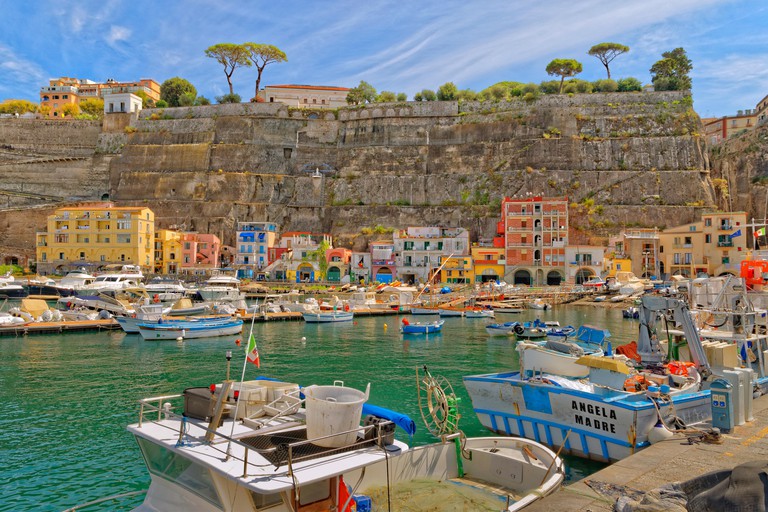 © Roy Conchie / Alamy
Sheltered by sheer, villa-topped cliffs and seaward breakwaters, di Cassano might be the most dramatic marina on the Sorrento coast. Berthing 180 boats of a maximum length of 56m (184ft) and drafts of up to 5m (16ft), it’s located in Sant’Agnello, a charming town predating Roman rule. Once you’ve secured your vessel and stocked up with supplies, walk uphill (or take the lift) and get your camera at the ready for some magnificent views from the Marinella panoramic terrace. Spiaggia la Marinella is 2km to the southwest, a pebbly beach that’s a rarity on this coast. 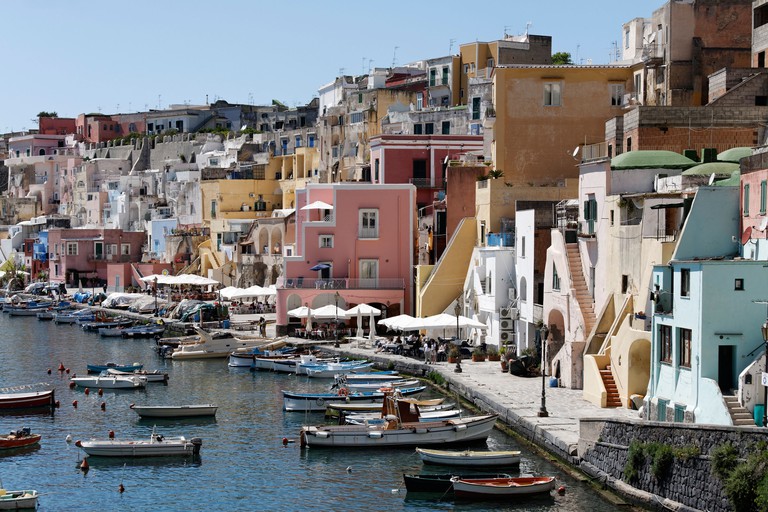 © imageBROKER / Alamy
The Marina di Corricella, which is still a working fishing port, makes for a picture-perfect island mooring, and when you sail in you’ll be blown away by its beauty. Pastel houses cascade to the net-strewn quay, where spruced-up locals take their passeggiata (stroll) each evening. You’ll elbow for a berth with fishing boats and yachts, especially in August, so it’s best to call in advance and book a spot. Once secure, head for port-side restaurant Caracalè. The grilled swordfish with chilled falanghina wine is a must-try. 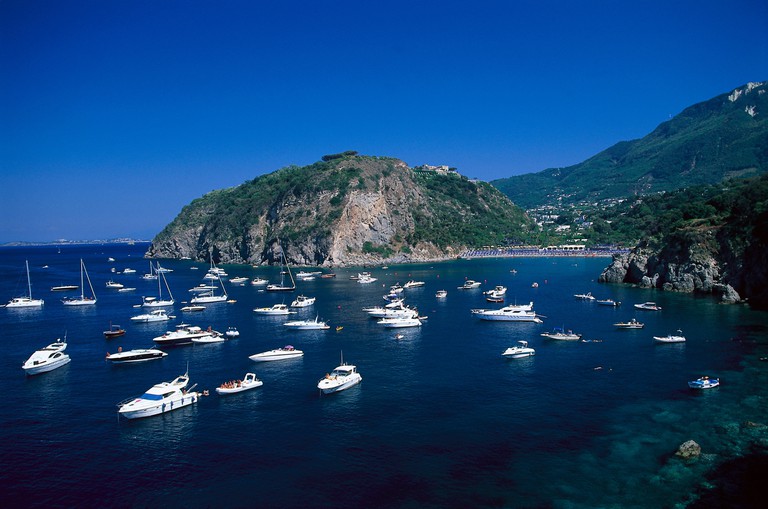 © Image Professionals GmbH / Alamy
This quiet anchorage in a delectable Ischian bay makes for the perfect place to unwind after a day of sailing. Drop anchor a decent distance from the manicured beach, and take in the scenery, with clear, shallow waters surrounding your vessel and soaring cliffs yawning ahead. While secluded, this anchorage does get busy during the Italian summer holidays and it’s best to book a sunlounger in advance. Head to Negombo Beach Bar for home-grown tomato bruschetta, and if you’re after some pure relaxation, Negombo Thermal Park offers spa treatments, 14 hot-spring pools and beautifully landscaped exotic gardens. 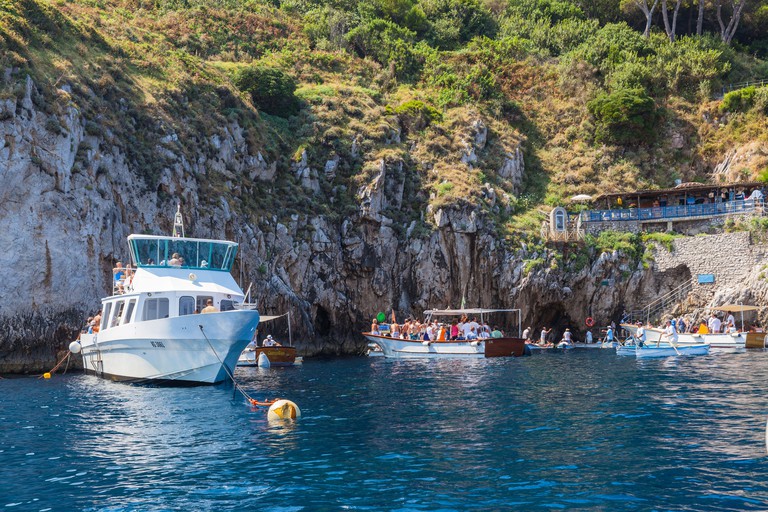 © VogelSP / Alamy
You can’t take your yacht into these astonishing sea caves, but you can anchor just outside of them. The Grotta Azzurra – which measure 60m (200ft) long and 25m (80ft) wide – are a sight to behold, with brilliant blues reflecting off the waters and illuminating the cave walls. This cavernous spot was deemed sacred by the debauched Emperor Tiberius and he used to swim there. Today it can only be accessed by licensed rowboat operators and these hover outside the cave mouth. After you’ve secured your boat, it’s easy to hail a ride. 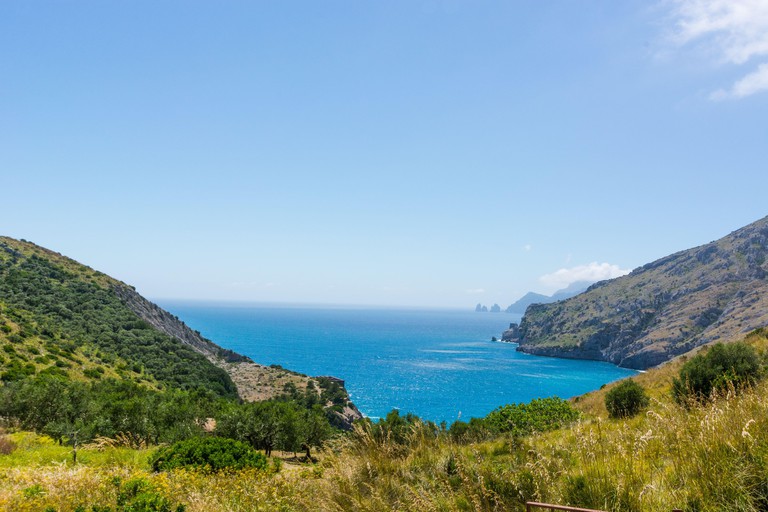 © Wirestock, Inc. / Alamy
For some jaw-dropping natural beauty, point your compass in the direction of Ieranto Bay, which is where sirens were said to have tried to lure Ulysses to his destruction. Now heavily protected, you’ll need charts to know whether you’re in Zone A, B or C. Only in C can you anchor 50m (164ft) from the beach – or 100m (328ft) from the rearing cliffs. That’s still close enough to take in vistas that you’ll never forget. Kayaking, hiking and snorkelling are all permitted and a great way to explore this sublime spot. 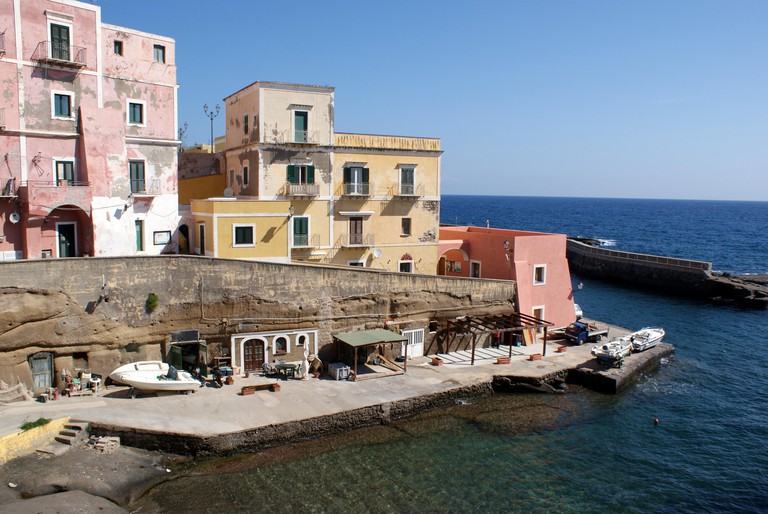 G2DHRC The old Roman harbour, Ventotene, Italy | © Tiffany Lacey / Alamy Stock Photo
Want to tie up where the first Roman Emperor once did? Over 2,000 years ago Augustus wanted a port for his summer villa on Ventotene, then called Pandateria. So he clicked his fingers and 60,000m³ (2,118,880 cubic ft) were dug from the rock face. The result? A sheltered port where the original wharves, jetties and piers offer a real taste of the past. The former storerooms, also hand-excavated, now house characterful bars and scuba centres. Moor here and explore ruins such as Villa Julia, where Augustus exiled his only daughter.

Discover the quietest marinas near Naples after hiring a boat through Dream Yacht Charter, or rent a vessel just for the day with SamBoat.