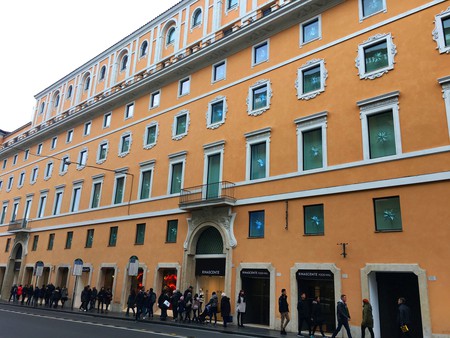 The shelves in Rome’s newest department store, Rinascente, are brimming with high-end designer goods and big-name brands. Prada, Gucci, Stella McCartney, Versace and Louis Vuitton are just a handful of the 800 labels on offer in the eight-storey, 14,000-square-metre complex. The most interesting part of this luxury destination, though, is the ancient Aqua Virgo aqueduct tucked away in the basement.

During renovations of the antique palazzo that would eventually become the new Rinascente store, builders discovered an almost 2,000-year-old section of the Aqua Virgo, one of 11 aqueducts that supplied ancient Rome.

Completed in 19 BC during the reign of Augustus, the Aqua Virgo was one of the architectural projects of Marcus Agrippa, who was also responsible for the original Pantheon and the Saepta Julia, as well as a number of baths, porticoes and gardens across Rome. Although, according to legend, it was Augustus who boasted: ‘I found Rome a city of bricks and left it a city of marble’, this overhaul was only possible thanks to Agrippa. 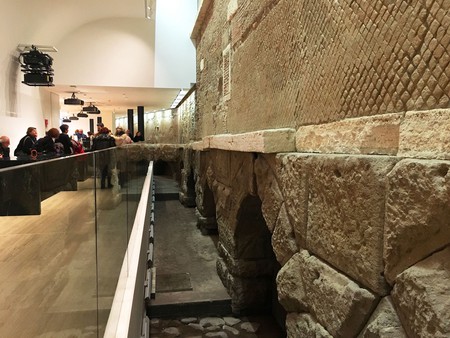 Amazingly, the Aqua Virgo is not just still standing today, but still working, too. Thanks to some 15th-century renovations, Agrippa’s pipeline continues to transport fresh water over 20km from its source outside Rome. The route passes under Villa Borghese and Piazza di Spagna before supplying the Trevi Fountain with its reported daily dose of 80.000 cubic metres of water.

On Rinascente’s basement floor, shoppers can view a 60-metre stretch of the ancient aqueduct. As well as informative videos and light projections that tell the story of the Aqua Virgo, the exhibition floor also includes a coffee shop for a fully caffeinated archeological experience. 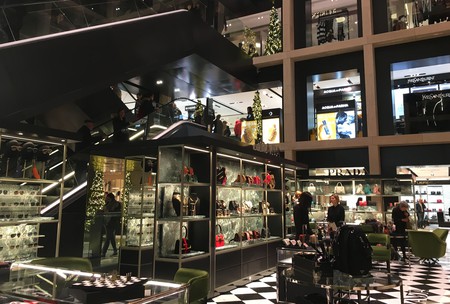 Originally set to open in 2012, the Rome flagship Rinascente store took 11 years to complete, racking up costs of €200 million in the process. The space also features a ‘building within a building’ known as the palazzetto. This smaller building dates back to the 1900s and is now home to a Louis Vuitton concession.

As well as some of the world’s most recognisable (and coveted) brands in fashion, beauty and homeware, the store also dedicates plenty of space to food and dining.

The sixth and seventh floors are occupied by a gourmet food hall, lounge bar and a number of restaurants, including MadeITerraneo – headed up by Michelin-starred chef Riccardo di Giacinto – and Japanese-Brazilian sushi chain Temakinho. The sleek Up-Sunset Bar offers stunning panoramic views of the Roman skyline. 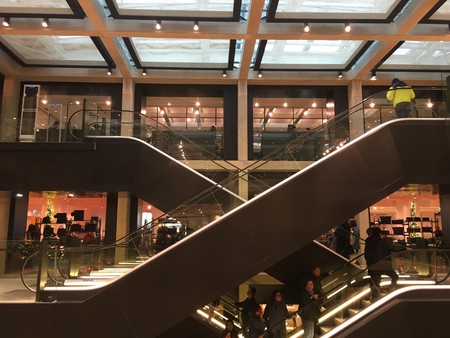 Rinacente (formally known as La Rinascente) is a historic Italian department store founded in Milan in 1865.