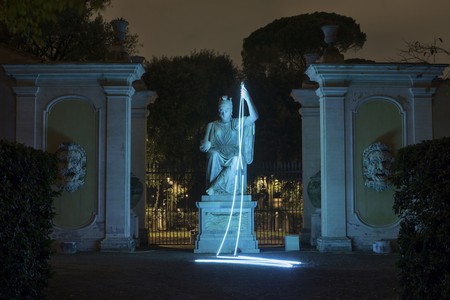 Open at Night is an experimental new exhibition hosted by the French Academy in Villa Medici, Rome. Combining dazzling light installations with the setting of a 16th-century Renaissance palace, the temporary exhibition launches the Festival of Lights – the first in a series of light shows specifically designed to take place in the villa gardens.

The project is a collaboration between the director of Villa Medici, Muriel Mayette-Holtz, and curator, Chiara Parisi. It aims to present the villa gardens – still maintained in a 16th-century style – in a spellbinding new light.

‘Implemented with artist Yann Kersalé,’ Mayette-Holtz explains, ‘this impressive project reveals, colors, illuminates and heightens the Villa Medici’s treasures.’ French conceptual artist Yann Kersalé is famous for his work with light and has created architectural illuminations all around the world, from the Grand Palais in Paris to the Peace Bridge in Seoul.

Named after Ouvert la nuit, a collection of short stories – each taking place in a different place on a different night – by French writer Paul Morand, the exhibition is comprised of 17 open-air installations by internationally renowned contemporary artists such as Rosa Barba, Otobong Nkanga and duo Elmgreen & Dragset.

The stand out installations of Open at Night, however, are two pieces – and the new setting they’re in – by deceased artists Felix González-Torres and François Morellet. 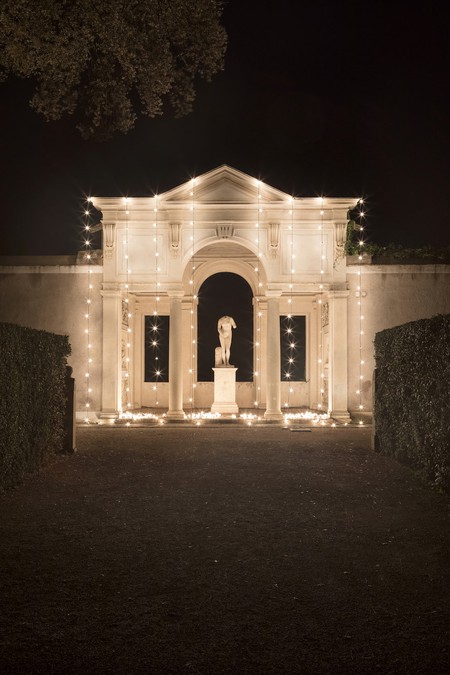 Cascading down the Loggia of Cleopatra, a brilliant white garden sculpture, are strings of light bulbs previously set up in museums, galleries and streets by Cuban-born American visual artist Felix González-Torres (1957 -1996). Radiating a soft, gentle glow, the bulbs complement the classical architectural style of the loggia and, at the same time, bring a cosy, intimate feeling to this area of the garden.

The addition of François Morellet’s (1926 – 2016) piece, Lamentable, to the garden instead brings contrast to the existing statue, Dea Roma (the personification of the city of Rome). Mixing ancient with modern, the gigantic stone goddess holds Morellet’s blue neon tubes aloft in the air. The 3.5 metre statue is thought to have originally been located in the Temple of Serapis on the Quirinale – the highest of Rome’s seven hills – and was moved to the grounds of Villa Medici in 1822.

Open the Night is open to the public from December 16 to January 28 2018, every Friday through Sunday. Entry to Rome’s new take on chiaroscuro is free. 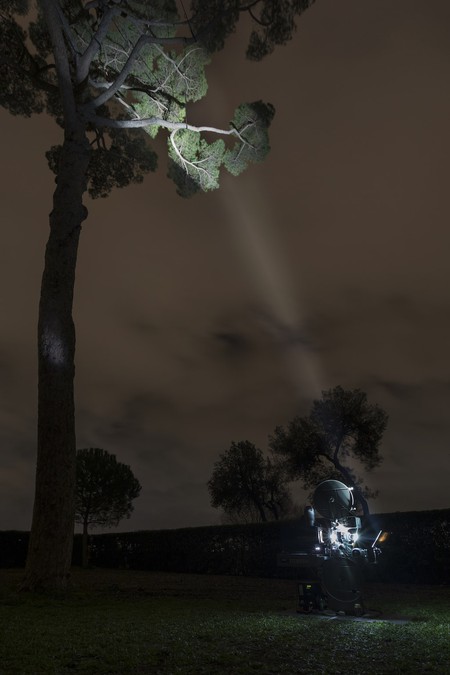