Rome's Monte Testaccio is The World's Most Historical Garbage Heap 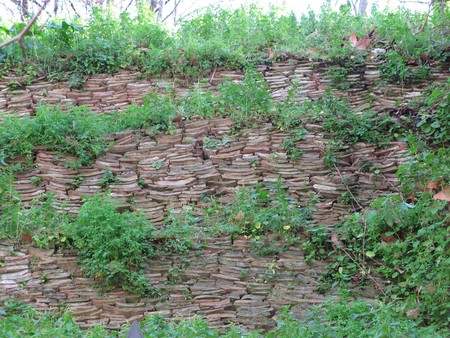 Rome‘s southern neighbourhood of Testaccio is dominated by an immense artificial mountain which dates back 2000 years. While many visitors remain unaware of the initial use of the hill, its origins are a fascinating glimpse into the history of the Italian capital.

Visitors to the Testaccio district will often find themselves circumnavigating this gigantic mountain, which spreads over an area of 20,000m² (215,278 feet²) and reaches a height of 35 metres (115 feet), without realising that they are next to the most interesting ancient dumpsite in the world.

During the Roman Empire, the east bank of the river Tiber, close to where Testaccio sits today, was home to the Horrea Galbae which were the warehouses where the city’s olive oil reserves were kept. The demand for olive oil at the peak of the empire was so high that it far outstripped local supplies, necessitating the importation from far-flung parts of the empire including Libya and Tunisia. All goods were shipped into the city in large terracotta pots known as amphorae which arrived at the nearby port, the Emporium.

However, the porous nature of the terracotta together with the type of vessel meant that the pots were difficult to recycle. In order to dispose of the used pots, the Romans created a dumpsite nearby and gradually began throwing away the amphorae, breaking them into pieces to enable them to stack the fragments neatly to create stability and covering them in lime to neutralise the smell of the rancid leftover oil. 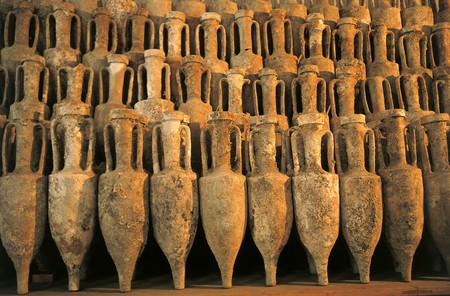 The mountain continued to expand until approximately 250 AD when the port was moved and a new style of amphora was introduced. The subsequent decline of the empire also decreased demand and, after the fall of Rome, the area was abandoned. However, the mountain continued to attract visitors throughout the middle ages when it was was the site of Rome’s raucous carnival celebrations with feasts, jousting and competitions all taking place there. For a time it also gained a religious significance as the final stop of the papal Stations of the Cross on Good Friday, commemorated by the cross which still stands on the summit.

In 1849, Garibaldi famously defended Rome from the French invasion from the top of the hill but it was not until the late 1800s that archaeologists began to sift through the terracotta shards to trace its origins. Among the fragments, they identified tituli picti, inscriptions which included the date, origin and contents of the pot. These enabled historians to track not only the story of the mountain but also information on ancient trade routes. Studies of the mountain have since revealed the ingenious engineering of its construction which dates back possibly as far as the 1st century BC, and estimate that it was formed with pieces of over 53 million ancient amphorae. The Ancient Romans referred to the fragments with the Latin name Testae, giving the name to both the mountain and later to the surrounding neighbourhood. 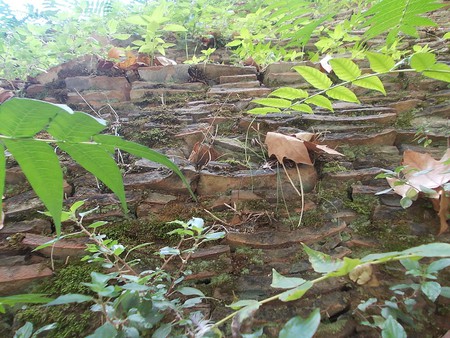 Although the area remained largely unpopulated until the 20th century, some construction popped up over the centuries around the foot of the mountain. Resourceful Romans realised that the terracotta allows a breeze to pass through the mountain, creating a cool and constant temperature inside. As a result, they constructed houses and wine cellars by excavating into the side of the mountain to utilise this natural refrigeration. Most of these historic buildings on Via di Monte Testaccio have now been converted into bars, restaurants and clubs and it is now a renowned nightlife area of Rome, with many venues offering windows along the back wall to showcase the piles of terracotta. Nowadays, the hill is occasionally open for guided tours allowing visitors to stroll among the shards. 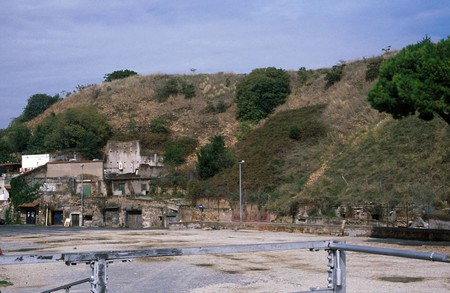