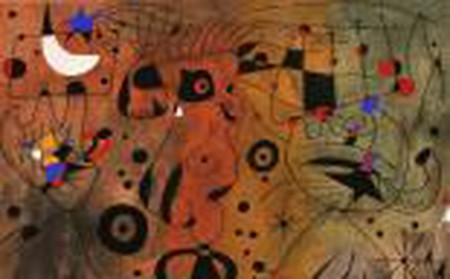 Its long history and rich cultural heritage make Rome one of the world’s art capitals, with cutting-edge contemporary art galleries and established museums dotted across the city. Ranging from the pinnacles of Renaissance and modernity through to contemporary state-of-the-art research, these are the 10 best exhibitions taking place this September and representing Rome’s vibrant cultural panorama. 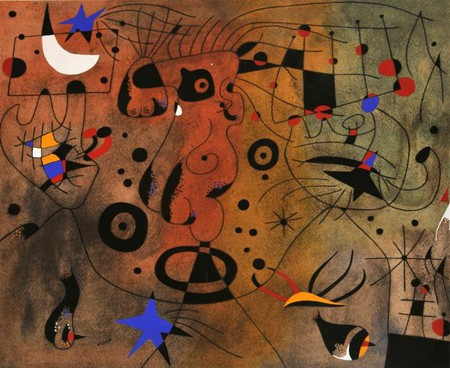 With an exhibition that inaugurated its new location in the heart of Rome’s historic centre, Lorcan O’Neill brings artworks by Richard Long, Jeff Wall, and Enrico Castellani together in the Italian capital. Paintings by Enrico Castellani and photographs by Jeff Wall hang on the gallery’s walls, framing two marble installations by Richard Long. All three artists have been working with the gallery since the opening of its Roman branch in 2003. In the current exhibition, their works engage in a conversation set within the gallery’s ample spaces and terrace.

MACRO, one of Rome’s most prominent contemporary art museums, presents a collection of works of art coming from MACBA (Museo de Arte Contemporáneo de Buenos Aires) that first opened in the Argentinean capital in 2012. With the title of Global exchange: astrazione geometrica dal 1950, the exhibition follows the development of geometric abstraction in contemporary art. Showcasing the work of artists from across the old and new continents like Marina Apollonio, Grazia Varisco, Francis Hewitt, Ernst Benkert, and Juan Melé, Global exchange points at how, despite different origins and approaches, geometric abstraction has moulded itself into a boundary-crossing artistic language.

Michelangelo’s artistic genius needs no introduction. An art so powerful that it influenced not only his contemporaneous artistic and cultural scene, but culture in general, is invariably recognised as a milestone in the history of art. 450 years after Michelangelo’s death, Rome celebrates the magnificence of one of its greatest masters in a compendium surveying the artist’s production, spanning painting, sculpture, architecture and poetry. Set in the frame of the Campidoglio Square, which was also constructed following his own design, with Michelangelo the Musei Capitolini showcase more than 150 artworks, some of which are exhibited for the first time.

Its acronym standing for L’Unione Cinematografica Educativa (The Educational Film Union), LUCE institute was created in 1924 with the intent of educating the Italian public and diffusing knowledge about the world through images. Soon swallowed up by the Fascist propaganda machine, to whom the potential of such means was clear, the institute was then devoted to the production of many films and documentaries in the post-war period. With an archive of tens of thousands of newsreels and millions of photographs, LUCE was included in UNESCO’s Memory of the World Registry in 2013. On the 90th anniversary of the institute’s foundation, LUCE – L’immaginario italiano celebrates an invaluable capital of historical knowledge at the Complesso del Vittoriano.

Until 28 September Running since last winter, Non basta ricordare is on at Rome’s MAXXI until the end of September. Prompting a dialogue between art and architecture, the 200 pieces on display all come from the museum’s collections and include works by Maurizio Cattelan, Gilbert & George, Michelangelo Pistoletto, Gerhard Richter, and Kara Walker among others. Interrogating the process of artistic creation and the place of the museum in the contemporary art world, works are selected and placed precisely to interact with the architectonic context surrounding them. Deliberately avoiding closed sections, the exhibition explores themes like life in the city and public spaces, political history, corporality and spirituality, and the future of the environment.

With more than 150 pieces coming from the Brant Foundation, Warhol at Palazzo Cipolla presents a unique collection of masterpieces and lesser-known works of art by the iconic forerunner of American Pop Art. Documenting both Andy Warhol’s artistic development and his long friendship with collector Peter Brant, with whom Warhol shared the zest of New York during the 1960s and 70s, the exhibition tells a story that starts with a Campbell Soup drawing and culminates with the foundation of the Interview magazine. Electric Chairs, Mao, and Blue Shot Marilyn are only a few of the outstanding works showcased at the exhibition, which also includes a series of Polaroids never before shown in Europe.

Museo di Roma in Trastevere hosts two high-impact exhibitions: Born Invisible and Refugee Hotel. While in the former Sheila McKinnon aims to use photography to give a voice to women who don’t have one, the latter is photographer Gabriele Stabile’s six-year project on refugees seeking asylum in the USA. From 2006 to 2012, Stabile cooperated with international organisations in the States to document the experiences of migrants crossing borders to flee religious, political, ethnical, or sexual persecution and their tortuous path into reintegration in a new country. An expat himself, the photographer reflects on issues of migration, separation, integration, and identity.

Unosunove gallery presents a solo exhibition by Nottingham-born artist Mat Collishaw. Anticipating Black Mirror, a major exhibition that will take place in the Roman Galleria Borghese later on in the year and that will see Collishaw’s work in dialogue with the legacy of Caravaggio, the exhibition at Unosunove focuses on works from some of the artist’s best known series. Exploring the moments of transition from life to death, the pieces on display are part of collections like Burning Flowers, Insecticide, and Last Meal on Death Row, where Collishaw ponders on different aspects of such rites of passage.

French philosopher Jean Baudrillard places the concept of seduction in the sphere of the artificial, and interprets it as a game with its own rules, signs, and rituals. The La forma della seduzione exhibit at the Galleria Nazionale unfolds through a path where the artistic representation of seduction and the female body in the 20th century seems to converge towards this perspective. 130 works of art, arranged in five thematic sections, survey a conception of seduction that runs across the traditional depiction of the feminine image, of soft and curvaceous lines, to stretch towards the deformation of shapes expressing its explosive strength.

Scratching the Surface: Photographs by Dennis Hopper at Gagosian Gallery

Art Gallery
Facebook
Email
Twitter
Pinterest
Copy link
Share
23 September – 8 November Hollywood’s famous son and the celebrated director of Easy Rider, Dennis Hopper (1936 – 2010) also was a renowned photographer whose pictures feature in the collections of the Met and MoMA, among others. Capturing the bustling life of the arts scene in 1960s America, Hopper’s black-and-white photographs frame the faces of actors, musicians and artists from Jane Fonda and John Wayne to Andy Warhol and Ed Ruscha. His Drugstore Camera pictures, shot during the 1970s, recount Hopper’s life in Taos, New Mexico, in a series of desert landscapes, friends’ portraits, indoor nudes, and still lives. Scratching the Surface at Gagosian presents a selection of these works alongside screenings of Hopper’s films and interviews.
Give us feedback