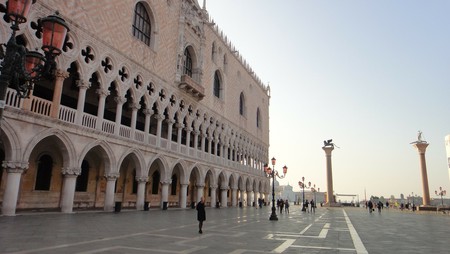 The restaurant is located in St Mark's Square | © strecosa/Pixabay

After enjoying a relatively modest meal of four steaks, a plate of fried fish and water, a group of Japanese students were shocked to receive a bill for $1,143 from a restaurant in Venice. The mayor, Luigi Brugnaro, has called it a ‘disgraceful’ episode and vowed to investigate.

The group of students, who were on a trip from their home in Bologna, had dined at Osteria da Luca near St Mark’s Square when the incident happened. It’s not clear why the four men waited until their return to Bologna to file a complaint but to add insult to injury the three women they were with decided to dine at another restaurant to save money – only to end up paying €350 for three plates of pasta.

‘We will thoroughly examine this episode and we’ll make sure the complaint was made properly,’ mayor Brugnaro, said on Twitter. ‘If this disgraceful episode is confirmed, we’ll do all we can to punish those responsible. We are for justice – always!’

The case caught the attention of an association of local campaigners called Gruppo 25 Aprile, the April 25 Group. Their spokesperson, Marco Gasparinetti, told Venezia Today it’s yet another case of this kind in Venice.

‘We defend local residents, and whoever puts the good name of Venice at risk harms all Venetians,’ he said, adding that in the immediate vicinity of St Mark’s Square only 1.1% of restaurants were owned and operated by locals. According to Gasparinetti the figure rises to 50% in the historic centre as a whole. 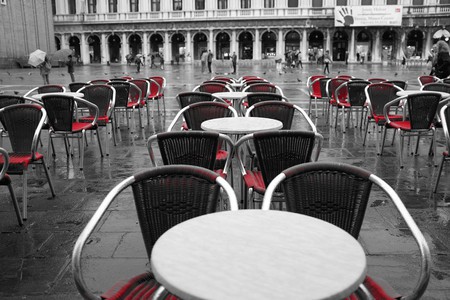 Osteria da Luca, which Italian media have reported as owned by Chinese investors and managed by an Egyptian, has a 1.5 rating out of five on TripAdvisor with a whopping 83% of visitors calling it ‘Terrible’. Reviews describe the restaurant as ‘rip off central’, ‘the worst place in the world’ and ‘full of scammers’.

With Venice Carnival kicking off on Saturday 27 January, the April 25 Group are planning to publish a ‘user’s guide’ for tourists with advice on how to avoid falling victim to these eye-wateringly expensive scams. A seal of approval for local businesses is also being considered.

Whether from Italian-owned businesses or otherwise, this is just the latest in a number of reports of tourists being ripped off in Venice. In November, a British tourist branded the Trattoria Casanova – also near St Mark’s Square – ‘horrible and disgusting’ after being charged €526 for lunch.