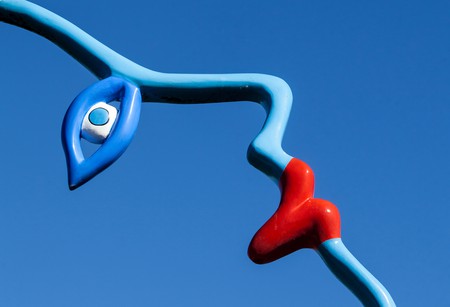 Based on the esoteric tarot, this sculpture garden was a labour of love and necessity by its artist | © Fred Lahache / Culture Trip

About two hours’ drive from Rome, past the gaping mouths of Italy’s famed ‘Park of Monsters’ in the Garden of Bomarzo, there’s a turn in the road leading to the small village of Pescia Fiorentina. Gone are the mossy stone sculptures of yesteryear; instead, hidden in this lush pocket of Tuscan countryside, lurks a ‘joyland’ with elephantine figures dressed in shocks of vibrant rainbow colours, glass and alabaster-white cement, a world that has to be seen to be believed. 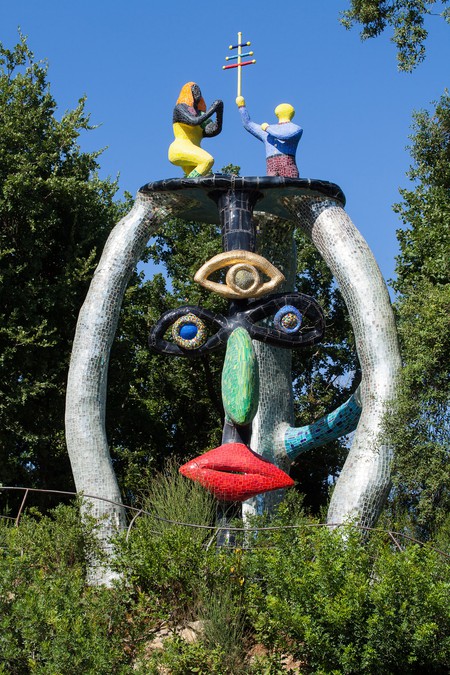 The mind behind these creatures is French-American artist Niki de Saint Phalle, inspired by Pirro Ligorio’s monsters at Bomarzo and the broken-plate benches of Gaudí’s Parque Güell in Barcelona. Gaudí’s designs never left her imagination. “I met both my master and my destiny… I trembled all over. I knew that I was meant one day to build my own garden of joy. A little corner of paradise. A meeting of man and nature.” And in time, she did.

Saint Phalle found herself following “a pressing need to show that a woman can work on a monumental scale”, and so her idea for a mystical garden grew. Using Major Arcana cards from the ancient Tarot deck, she selected 22 of the two-dimensional figures, traditionally instruments for predicting the future, and brought them to life. Construction began in 1979, and by 1980 the first sculptures had sprung up. 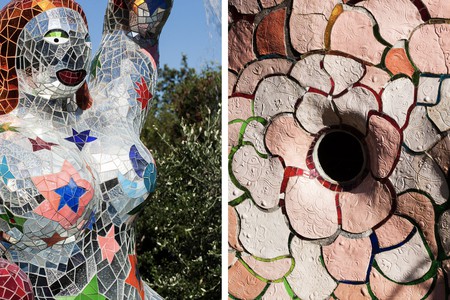 Iron skeletons, 12 to 15 metres (39 to 49 feet) high, were lovingly welded by her husband – artist Jean Tinguely – and other volunteers, including the local postman. These were reinforced with a cement shell that was then adorned with an array of mirror mosaics, precious glass from Murano, ceramic shards, glowing tiles and shimmering stones.

Among the first figures completed was the Empress (the Sphinx), who is the protective mother of the garden with her bright-red crown and deep-blue hair. While construction continued, Saint Phalle lived within her, sleeping inside the curved confines of a protruding multicoloured breast. Dare to enter the belly of the beast and a kaleidoscope of mirrored shards greets you, complete with ceramic furniture by French artist Pierre Marie Lejeune, just one of the garden’s collaborators.

It would take a whole eight years before the space opened to the public for the first time. 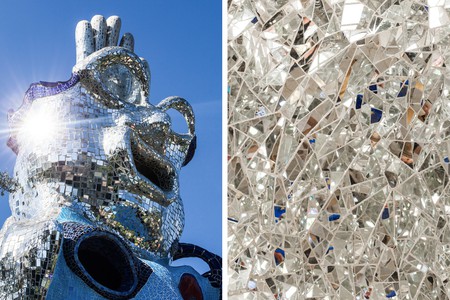 The poet Hannah Sullivan has noted how “failed form is hectic with loveliness, and compels us longer”, an observation that works well for Saint Phalle’s art. It is the failure, or the rupture, of traditional forms in her practice that captivates. She’s best known for her dramatic ‘shootings’ in which she used a rifle to make paintings ‘bleed’, and the whole process of creation is twinned with destruction, a means of catharsis. “By shooting at my own violence I didn’t have to carry it inside me,” she notes. It was the same for her Tarot Garden. “If I had not concretised my dreams into sculptures, I might have become possessed by them, a victim of my own visions,” she wrote.

Art was a means of healing, an exorcism of sorts. In the shattered fragments of mirror and glass the world is distorted, reworked and reimagined: beauty is found in the broken. The mirrors merge with their surroundings, reflecting the natural world while incorporating the viewer into their own image. To encounter these sculptures is – for a time – to become part of them, to see them come to life. 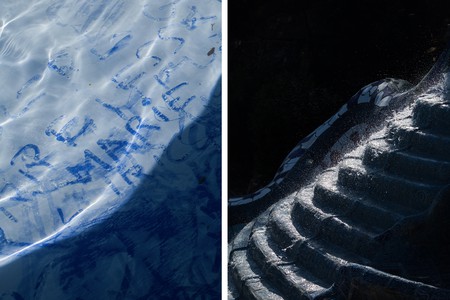