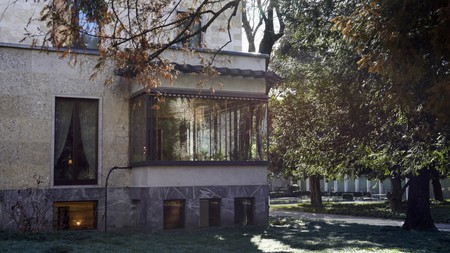 At Villa Necchi Campiglio in Milan, guests can step inside an architectural masterpiece and experience the quiet, timeless luxury of an Italian society home from the 1930s.

Gliding over the polished wooden floors of Villa Necchi Campiglio, it’s easy to get lost in the villa’s many rooms. Each area in this aristocratic house feels more stylish than the last: the veranda, with its gleaming stone floors and the verdant lushness of an Italian summer just outside the large windows; the bathroom clad in shiny tiles in midnight black; even the staircase that was enhanced with a decorative bannister in a geometric pattern. A time capsule right in the centre of Milan, the Art Deco villa perfectly epitomises Milanese elegance. 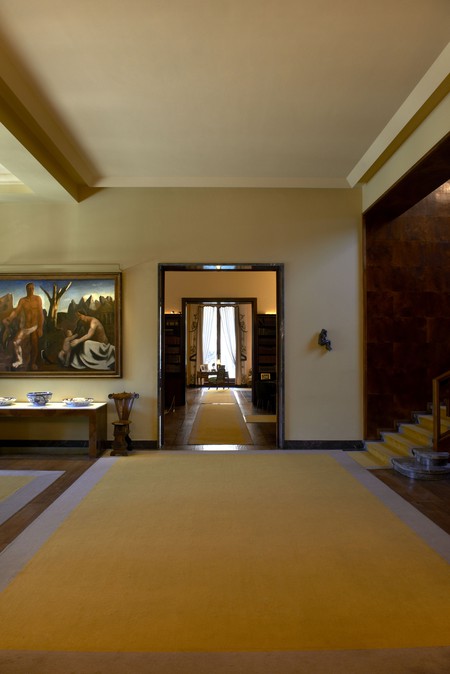 The house and its lavish gardens were designed in the early 1930s for sisters Nedda and Gigina Necchi, as well as Angelo Campiglio (Gigina’s husband), members of Milan’s wealthy industrial society. Villa Necchi Campiglio was the work of architect Piero Portaluppi, who became popular with a number of Milan’s upper-middle-class families after renovating and redesigning the Casa degli Atellani in Corso Magenta – a Neoclassical palazzo where Leonardo da Vinci once stayed – for industrialist Ettore Conti. 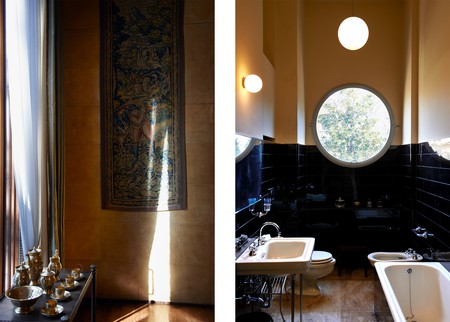 Left: The light-drenched rooms were designed by Piero Portaluppi Right: The Art Deco design runs through all the rooms, including the housekeeper’s bathroom | © Danilo Scarpati 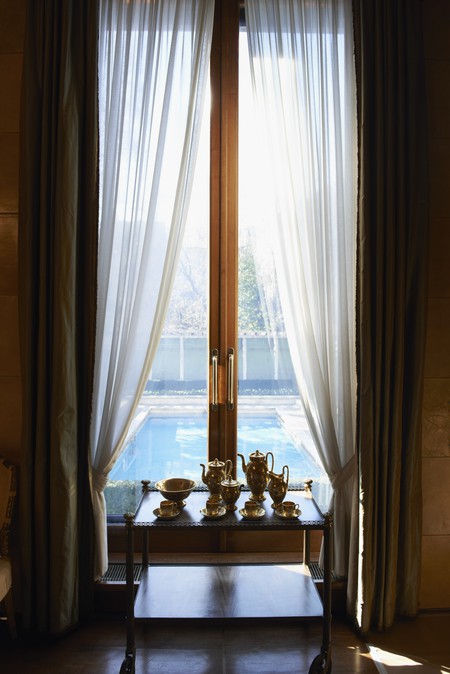 Villa Necchi Campiglio was to become one of the architect’s most important works, and is as striking today as when it was new. It was a status symbol as well as a family home, and one of the first homes in Milan to have its own swimming pool and tennis court. But the Necchi Campiglio family weren’t interested in creating a traditional noble home; instead, they wanted spaces for socialising and enjoying the life of the rich, industrial middle class in the interwar years. Portaluppi’s design includes a smoking room, a library and a grand salon, and strikes a perfect balance between simplicity and luxury. Each room, complete with opulent materials and Art Deco furnishings, is drenched in daylight. 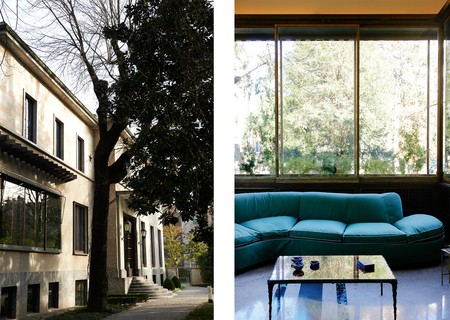 Left: Today, the house is open to the public Right: The veranda, one of the spaces for socialising the Necchi Campiglios required for the house | © Danilo Scarpati

After WWII, architect Tomaso Buzzi changed areas of the house and added 18th-century furniture, giving some of the rooms a rococo feel, and a number of artworks have been added to the villa in the 21st century. The family gifted Villa Necchi Campiglio to the Fondo Ambiente Italiano (Italy’s National Trust) in 2001, and now there are guided tours on Wednesdays through Sundays for everyone to admire the villa. Some things have changed since the Villa opened to the public – there’s now a cafeteria in the conservatory, for example – but walking through its rooms still evokes the same feeling of serenity that must have permeated the home in the interwar years. Today, the villa is a soothing, stylish respite from the modern world. 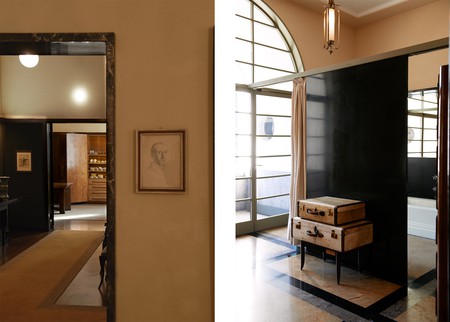 Left: In the kitchen area, objects belonging to the original owners share the space with furniture designed by Italian designer Tomaso Buzzi commissioned after WWII Right: In the bedrooms, time has stood still | © Danilo Scarpati 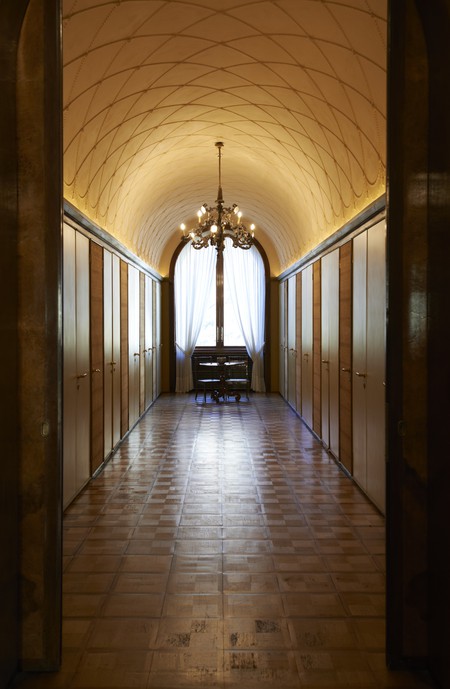