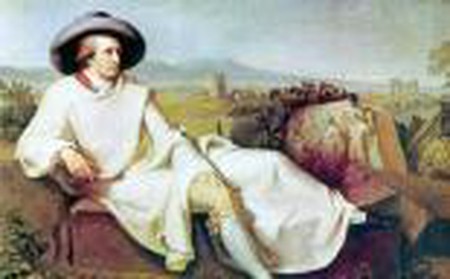 In light of reading Goethe’s Roman Elegies and The Italian Journey, Christopher Viner decided to embark on his own kind of Italian journey, to witness the great ‘open air museum’, and to see how much his own adventure paralleled Goethe’s 200 years ago. 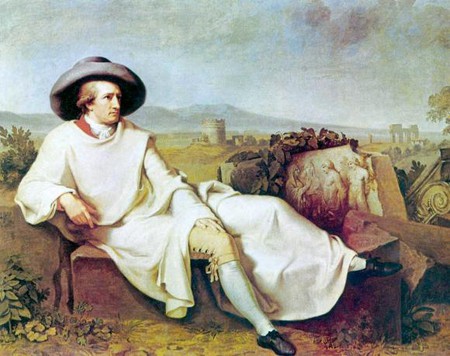 For centuries, Rome has managed to captivate artists, writers, painters and poets. Yet, what is most mysterious about the city, is that she manages to evoke something idiosyncratic in the individual who becomes familiar with her; a kind of creative license to bring out the best in oneself seems to become apparent upon a visit – something of which Goethe was fully aware of during his own travels to ‘the first ever city’.

Let’s get the negative out the way first: Goethe hates carnivals. Goethe says that during a carnival, ‘all that happens is that, at a given signal, everyone has leave to be as mad and foolish as he likes’. It represents to him a sad, deeper significance than what is plainly on show. That, following a crowd with no purpose or insight, regardless of their size, is a waste, deterring man away from the beauty of his own liberty and independence. Goethe wants people to diverge from the hysteria of the masses because he believes it can’t teach us anything in terms of discovering personal values or universal truths. Instead, he thinks we’re much happier, more content and fulfilled, when we’re thinking and living independently. And where better to accomplish this than in Rome? It’s the one place that manages to evoke a powerful, extensive and eclectic range of artistic gazes, all wonderfully coloured with a certain independent vision. 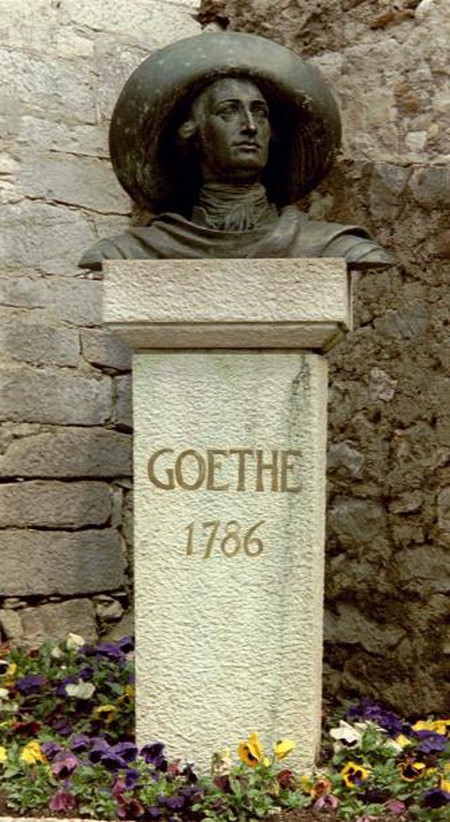 Dickens is bewildered by the earthy, familiarity of the place: ‘it was so like London, at that distance, that if you could have shown it me, in a glass, I should have taken it for nothing else’ – whilst Emile Zola is dancing poetically in the, ‘perpetual joy of breathing its spell’. Goethe, on the other hand, seems overwhelmed by the magnitude of history inherent in this behemoth of a city, and concerned with how to capture it all: ‘One would need to etch with a thousand gravers, what could a single pen accomplish here?’, he questions, which could be a clue as to why he is also interested in the quainter side of Rome.

What is clear upon reading Goethe’s writings on Rome in the Italian Journey is that he does not merely want to pass through the open-air museum; he wants to take his time and to have a relationship with her; to learn from Rome. The best way to achieve this Goethe believes, is to deter from the crowd, the carnival, or the well-trodden path, and to view things through one’s own lens.

Victor Lange, meditating on Goethe’s travels through Rome, tells us that, ‘for his own part he was eager not merely to ‘reiterate’, to walk once more where others had gone before, merely to add variations of what others had written, but to test himself, his powers of perception and his capacities for growth, and to fathom his own intellectual and emotional resources’.

Indeed, Goethe is less interested in the popular,monolithic or large, than he is struck with wonder, most often by beauties undiscovered, archaic and minor. He subscribes to the notion that, ‘in art, as in the natural organism, it is precisely within the narrowest limits that life manifests itself most completely’. And, whilst gazing at St. Peter’s church, he muses: ‘Even the fluctuations in taste, now a striving for simple grandeur, now a return to a love for the multiple and the small, are signs of vitality, and in Rome the history of art and the history of mankind confront us simultaneously’. Independence of thought and action, Goethe believes, is paradoxically, a way to the universal and how we better achieve communication in art and life. 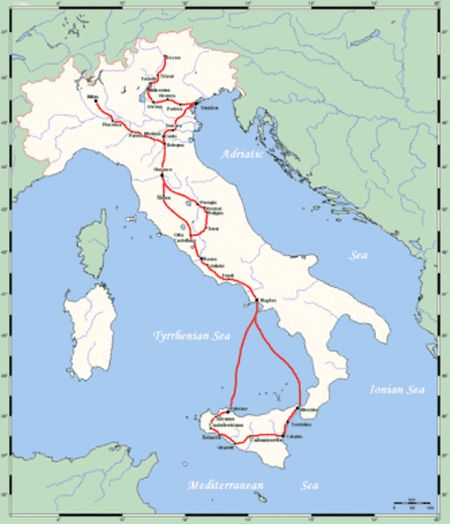 What is perhaps most appealing about Goethe’s fascination and admiration for the sculptures of Michelangelo and his renaissance contemporaries, is that Goethe was not an expert or academic on any of these sculptures, nor even the art in Rome he witnessed: ‘in such matters I am still a newborn babe’. It’s a much welcomed reminder that art is indeed for the enjoyment of everybody (especially in the open air museum of Rome), as it has the ability to touch on human faculties we all share; it can quite literally bring us closer together and open up a universality that enlightens us; revealing, powerfully – sometimes irrationally and paradoxically – what and who we are, as a collective, human race.

In the modern epoch of fast-food-culture, even if the impression art can give us of hatching out of our individual egoism, and spreading out before us the aesthetic and inevitable universal, lasts only momentarily, at least it occurs. Though, one hopes the impressions imbedded, in our subconscious at least, through the observation of art works at the Vatican, St Peter’s Basilica, or Capitoline Hill, will last; or as Goethe tells us: ‘ the blessed consequences will, I love to think, affect my whole future life’.

During his expedition, Goethe met and fell in love with an elusive Roman mistress, Christiane Vulpius, known in his Roman Elegies – a poetical hybrid of ancient Graeco-Roman mythology and personal promiscuity – as Faustina. Later to become his wife, Christiane notoriously taught Goethe to, ‘see with eyes that touch; touch with eyes that see.’ My trip was not quite so sensually charged, though I did meet a rich range of characters and charming locals around landmarks and the less touristy hot spots of Rome (such as Filarete and Piazza Navona – known to modern Romans as ‘the real south’), who in their own way, taught me a similar sentiment – which Goethe is grasping towards – of not only perceiving things (art, culture, life) but allowing them in; letting them live inside, not just the psyche, but our very being. 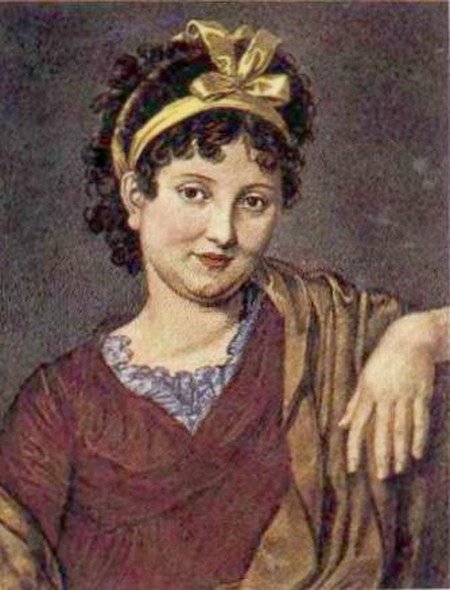 Goethe wined and dined in a luxurious fashion. Maids and cooks would bring him a marvellous luncheon everyday at noon, when, gulping and gorging, he would tuck into all sorts of treats and delicacies: ripe, succulent grapes, extravagant Italian deserts, and some of the finest wines the Italian south has fathered. Sure, I picked apples and drank from fountains – but we both quenched the taste of Italy in some way.

So though my own Italian Journey did not parallel Goethe’s completely, it’s for good reason – and exactly the point he’s trying to reveal. Richard Block tells us that, ‘learning to see is essential to Goethe’s Italian journey’: and so too it should be our quest – but we should learn to see with our own eyes. Indeed, Goethe knows this, and tells us of the sculptors in ‘the hub of the world’, simply that, ‘you have to see them with your own eyes to realise how good they are’. Though art can illuminate and transcend, it’s in our own idiosyncratic response to art, culture, Rome or the world that enriches individual character. Goethe’s message might be: project from the cast of great minds an inspiration, and form out of it a richer self.

‘Just as man must live from within, the artist must express his own self by revealing – no matter how he does it – only his own specific individuality’ (Goethe, Roman Elegies).