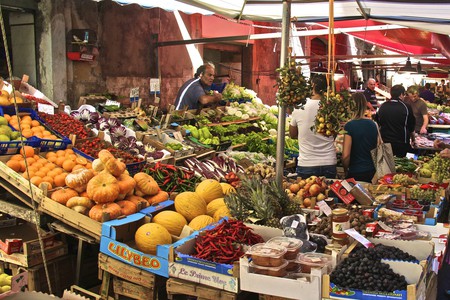 Palermo is a city marked by centuries of contrasting cultural influences. Nothing makes this clearer than the Sicilian capital’s cuisine, where the lingering flavours of past settlements fuse with same-day-sourced ingredients from the markets. Here’s our guide to the best places to eat in Palermo.

Palermitan culinary presentation never feels forced: from paper-wrapped breaded rice balls to street vendors doling out stigghiole – that’s guts on a stick, for the uninitiated – you’ll find theatre and terroir in every bite.

This is the sort of unpretentious place that endears visitors to Palermo, despite the Naples homage woven into its name. A mainstay of the Borgo Vecchio neighbourhood – the onetime stomping ground of sailors – Piccolo Napoli’s menu is heavy on no-frills local basics. Follow the cues of the regulars and ask what’s good that day, rather than ordering off the menu – but if you’re shy, you can’t go wrong with the golden-baked, breadcrumb-stuffed sardines (sarde a beccafico). 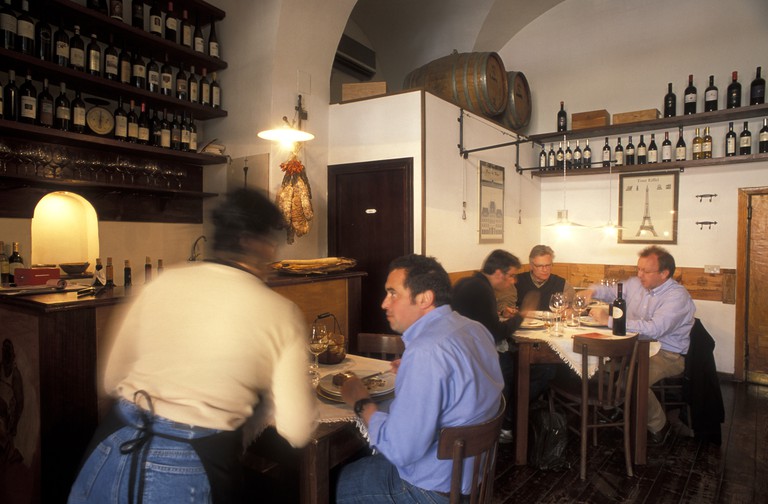 © REDA &CO srl / Alamy Stock Photo
Vespri’s drinking-tavern decor is the only part of this upscale spot that says osteria, a category that usually has more rustic connotations. Part of Palazzo Gangi – featured in Luchino Visconti’s The Leopard – and across from Palermo’s Modern Art Gallery, Vespri is a fine-dining fixture built on “Sicilian fusion” sensibility. Brothers Alberto (chef) and Andrea (sommelier) cite their Cremona-born mother and Parma-native nonna as influences. Try the red tuna tartare or the curry-dressed catch of the day on a skewer (spiedino di pescato).

Not far from the Catalan-tinged church of Santa Maria della Catena, burly Palermitani sling fish and crustaceans onto equally hefty roadside grills. Da Salvo is a Piazza della Kalsa institution, and the quintessential “street trattoria” in Palermo. Opt for the grigliata di pesce (mixed grilled fish) or the fixed-price menu with the fresh catch of the day – anything else is a distraction. Fair warning if gruff service and language barriers make you squirm: the bare-bones set-up and disorder is part of Salvo’s charm.

Much of chef Tony Lo Coco’s menu puts a gourmet spin on Palermitan street food. A dinnertime-only Michelin darling, I Pupi’s trademarks include an upmarket twist on sesame-topped pani câ meusa – normally translated as “bread with spleen”; Tony’s take is milder, made with cuttlefish. Glass tables, stone floors and slate walls mean the mood can be uncharacteristically serious for Sicily, so if you go, put on your gastronome cap. Options rotate, but none of the tasting menus will leave you wanting.

Pina is a cult favourite-turned-hotspot with a history – and local reputation – as checkered as its tablecloths. Some Palermitani insist it’s seen better days; others swear by it, particularly at lunchtime. As a Palermo first-timer with little stake in the debate, though, you’ll relish the spaghetti alle sarde (sardine pasta) and down-home Vucciria neighbourhood vibes. Do, however, take a cue from the loyalists, and go during the day rather than at dinner. 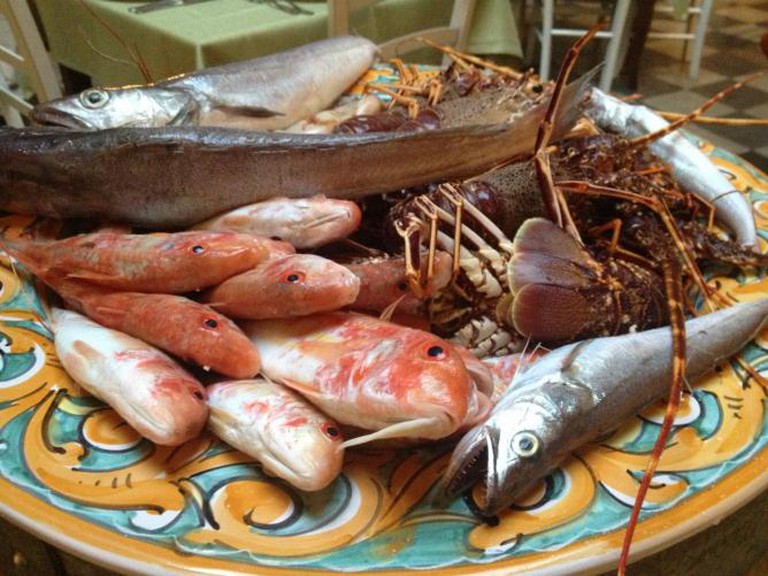 Courtesy of Osteria Ballarò
Built in what were once 17th-century stables, Osteria Ballarò is a highlight of its eponymous district, named for the market that dominates its streets. Touches like exposed brick and trickles of sunlight lend Ballarò a modern airiness that you’ll find refreshing after Palermo’s more motley corners. The menu, however, is far from minimalist: the timballo di anelletti (a Sicilian oven-baked pasta made with aubergine) and minty polpettine di polpo (octopus balls) are among its triumphs.

Had your fill of fish? Head to the casual-chic Bisso Bistrot in the Baroque-laced Quattro Canti district. Highlights here are the crisp, veggie-based first courses and mains. The chickpea, pepper and dried fruit couscous – a 21st-century trace of Sicily’s years under Arabic rule – makes an easy light lunch, but doesn’t compromise on regional character. And, speaking of character: Bisso is housed in the former Libreria Dante, giving it the air of an antique bookshop.

A fast-and-fresh seafood joint in the humming Mercato del Capo neighbourhood, Mafone’s daily specials are straight from the fishmongers’ stalls. A top pick among the primi (first courses) is the spaghetti ai ricci (sea urchin spaghetti), while, for the secondi (mains), your best bet is always whatever the staff says looked good at the market that morning. The classic contorni (sides) are also worth their salt: don’t miss the caponata, a sweet-and-sour medley of aubergine, celery, tomato, onion, capers and olives.

Head back to one of these boutique hotels, or if you’re looking for something a little more special, Palermo has a range of luxury hotels, now bookable via Culture Trip. Start your evening with a glass of something local in these Palermo bars, then spend your days exploring what there is to do, including these breathtaking hiking trails across Sicily.

This is a rewrite of an article originally by Enrichetta Frezzato.