These Are the Best Movies That Capture the Essence of Florence 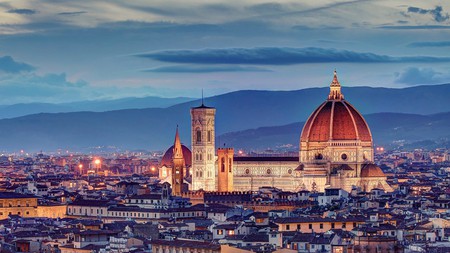 Noted for its art and architecture, Florence established itself as one of the most important cities in Italy during the Renaissance. The Tuscan capital’s turbulent past has helped create a city that holds onto its Medieval roots, something that has drawn filmmakers from around the world for decades. 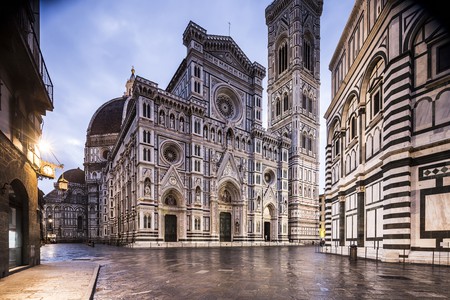 If you’re looking for a crash course in Florentine history, then Medici: The Magnificent, the TV series dedicated to the city’s most famous family, is a great place to start. Focussing on the dynasty that oversaw the rise of Florence in the 15th century, the show has a healthy dose of historical details – although the occasional flourishes of dramatic liberties accompany these facts. The era was a fascinating and formative period in Florentine history, and the fact that many of the buildings and streets we see in the show are still in place today highlights the historical beauty that draws so many tourists to the city. 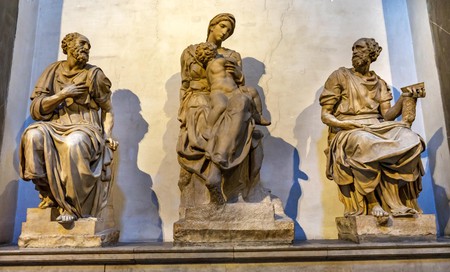 However, there is another side to Florence, one that moves away from the Renaissance and into the modern age – one that is inhabited by Florentines themselves rather than simply visited by outsiders. This world is perhaps best revealed in the 1975 comedy film Amici Miei (My Friends) and its sequels, which tell the story of four middle-aged men who aim to prolong childhood by performing elaborate zingarate (pranks). Many of the scenes in the movies were shot in bars around Florence, such as Bar Necchi, where Florentines would meet for quiet drinks away from the tourist hubbub. At least they did, but the films became so popular that most of the bars became tourist hotspots themselves – Bar Necchi was even renamed Bar Amici Miei! 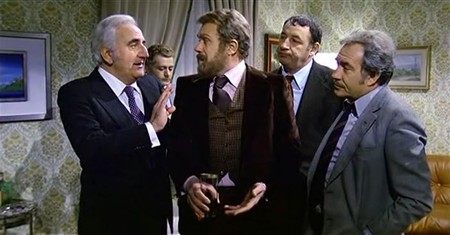 One of the darkest chapters in Florence’s past can be seen in another Italian movie. The vast canvas of La Meglio Gioventù (The Best of Youth) sees a sprawling family drama take in much of Italy’s recent history, including a pivotal moment in Florence. The 2003 film was initially planned as a mini-series for TV but was eventually released in two parts in cinemas. Set across the country, the film centres on two brothers reuniting just after the Arno River, which runs through Florence, has burst its banks and flooded the city.

The 1966 disaster killed over 100 people and destroyed many works of art and rare books. The scars can still be felt, and seen, in the city today; if you look up around some of the plazas in Florence, you can find reminders of the flood in the white markers on the side of some buildings, showing just how high the waters reached. 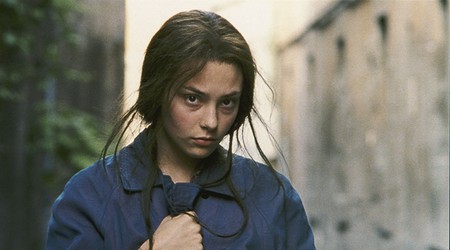 But for most people, it’s the blockbuster Hollywood movies that have helped popularise Florence as an essential stop in Tuscany.

Every summer, tourists from around the world come to Florence, which is a perfect stop on any Italian road trip.

From the malevolent majesty of a serial-killing cannibal to the exhilarating depictions of hell based on classic works of literature, Florence has been the setting for some unforgettable movies.

Hannibal (2001) is Ridley Scott’s sequel to Silence of the Lambs (1991) and sees the action shift from a cramped prison cell in America to the narrow (but far more beautiful) streets of Florence. At least, that’s where the film begins, as we see Hannibal Lecter (Anthony Hopkins) trying hard to curtail his bloodlust and live an ‘ordinary’ life in Italy. The history of the city plays an important part in what transpires throughout the plot, and one local industry takes centre stage. Hannibal is a lover of the finer things in life, and Florence is known for producing the finest perfumes in the world. His unique tastes are his undoing, however, as his favourite scent is traced back to a specific perfumer in the city. 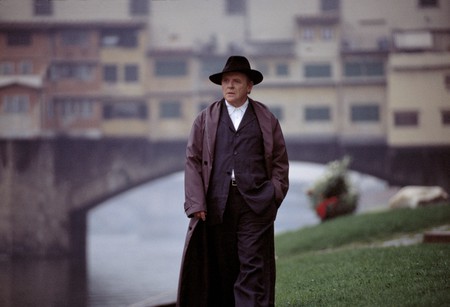 Perfume making is a long-established industry in Florence and rose to prominence when the city was at the heart of numerous trade routes from east to west and vice versa. The clash of ingredients saw the best noses in Europe and beyond come to ply their trade, and today, places such as Aquaflor will allow you to make your own personalised scent, just as Hannibal did.

Another blockbuster set on these winding streets is Inferno (2016), which sees Tom Hanks return as the crusading academic Robert Langdon from Dan Brown’s popular novels. This time around Langdon is haunted by visions of hell from the works of Florentine poet Dante, which leads to a conspiracy that could facilitate the end of the world as we know it. So much of the film was shot on location in Florence that the internationally renowned sandwich shop All’antico Vinaio even named a sandwich after the movie. 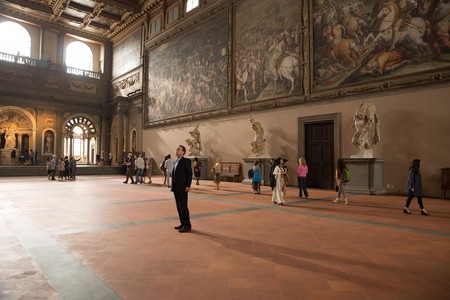 Finally, one of the most visually appealing films that makes use of Florence as a setting is A Room with a View (1985). This classic is both a quintessentially British period drama and an extended advert for the Florence Tourism Board – not that they need any publicity, given how busy the place is. The titular room overlooks the Arno and the famous Ponte Vecchio and is typical of the high-end dwellings found in Florence. The hotel where the film was shot was renovated in the 1990s and is now known as the Hotel Degli Orafi. However, rumour has it that the fourth floor is still the place to book if you want to follow in the footsteps of Lucy Honeychurch (Helena Bonham Carter), the eager Englishwoman who is touring the city. 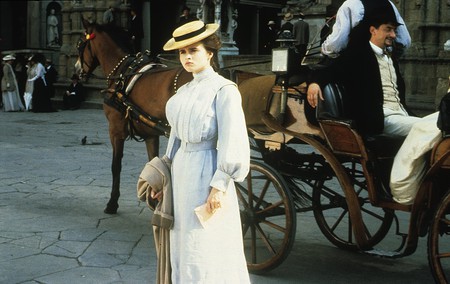