Monika Prokůpková / © Culture Trip
Milan is the Italian city often regarded as the capital city of business and fashion. Much of its beauty, however, is rather hidden. Cue this list of its hidden spots and secrets…

Located next to the National Museum of Science and Technology where most of Leonardo Da Vinci’s inventions are housed, San Vittore al Corpo is a basilica of uncertain origin. It has a breathtaking paneled arch in its main nave with illustrations of those saints whose remains are supposed to be housed here. Also beautiful are its wonderful dome with golden decorations, and a bell tower which is possible to climb in order to enjoy a mesmerizing view over the city.

Located in the heart of Milan, Leonardo’s Vineyard is a newly opened museum which hosts, well, Leonardo’s vines. The museum is situated across the street from Santa Maria delle Grazie – the church where the artist’s famous Last Supper is housed. La Vigna di Leonardo is a perfect refuge for all those tourists who want to chill out in the sun while enjoying another secret of Lombardy’s capital city. Booking is always required. 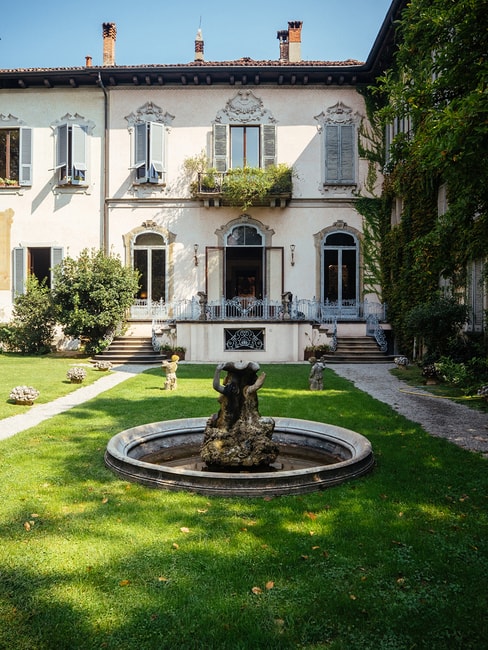 This one remained closed for 70 years and finally re-opened in 2010. It’s a public garden amid what looks like a private house, nestled through an unassuming gateway in Milan. On the gate there are no signs, so this humble park can be a little tricky to find if you don’t know exactly where you’re heading. It is ideal to relax in on a sunny day and unwind in after contending with the city heat. 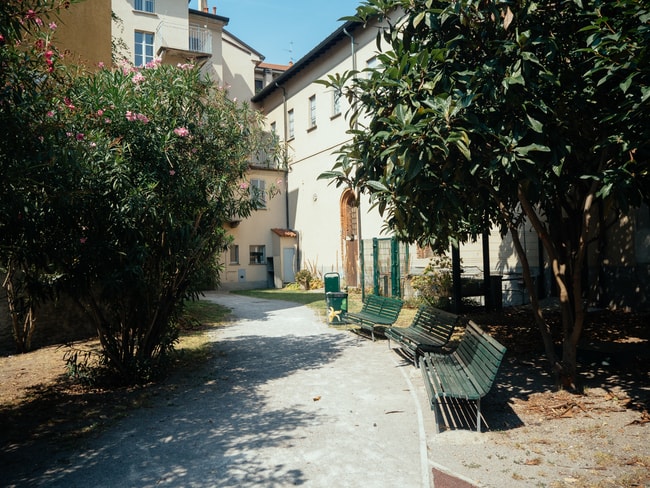 Designed by famed architects Pei Cobb Freed, Palazzo Lombardia houses the organs of Lombardy’s regional council. It may look like just a skyscraper anyone can spot from miles away. But the secret to this spot is that it may be visited on Sundays, from 10am to 6pm, for some seriously beautiful panoramic views. There are 39 floors to walk around in, so come and enjoy the enchanting skyline of Milan from the windows. 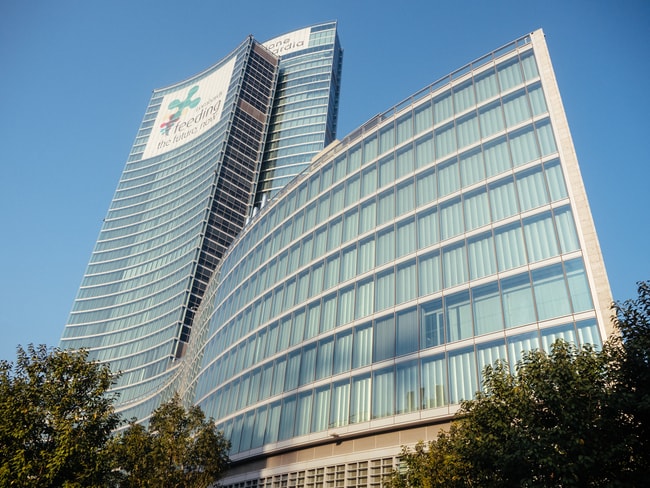 Temakinho is a renowned Japanese-Brazilian fusion restaurant with two branches in Milan, two in Rome, and one in Ibiza. It is possibly the most beloved destination of Italian youngsters who splash out in order to enjoy something unusual and different from the typical pizza-pasta rigmarole. This place combines elements of the Brazilian cuisine with sushi and raw seafood.

In 1848, the city went through the so-called ‘five days of Milan’. On these days, the Milanese people rebelled against the Austrian dominion that held sway over their town, leading to violent conflicts between the two sides. Today, there is still a cannon ball embedded in the wall of a building on Corso di Porta Romana. It’s a remnant of these battles that bears a plaque commemorating the date the destruction took place: 20th March 1848. 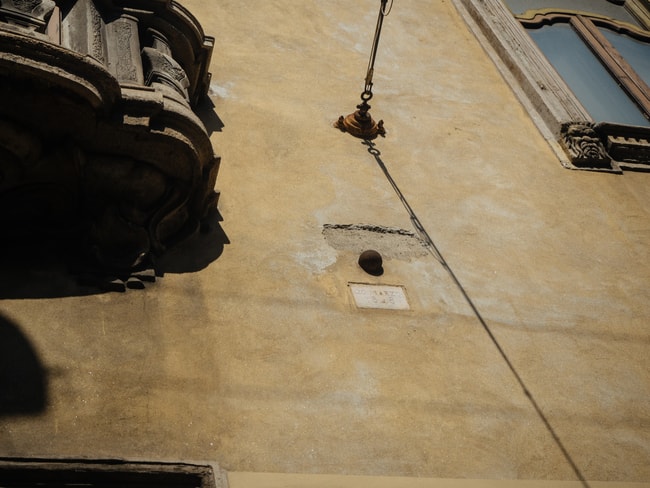 Palazzo Dal Verme, which draws its name from the nearby Theatre, is a hidden gem of the Renaissance embedded between surrounding modern buildings. The inner courtyard is something anyone can enjoy, with an architectural harmony that is hard to find in the structures of today. This building survived the bombings which Milan was subjected to during the World War II in 1943. This makes it a rare piece of history between the city’s streets. 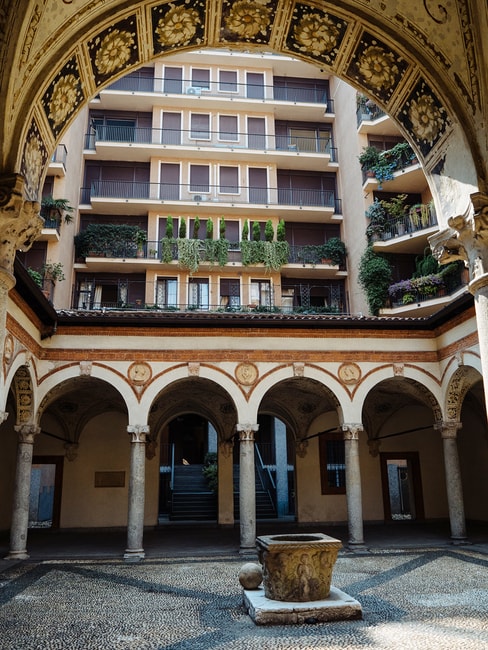 Via Lincoln is possibly the best-kept secret in Milan. It is a street which is dotted with colorful terraced houses, something which stands out as atypical in an industrial, business-oriented city like this. It was designed and realized around the end of the 19th century, in order to house the workers of a nearby area at affordable prices. Needless to say, these houses are now very pricey. Strolling up and down the street is free of charge and is sure to delight any architecture lovers hitting town. 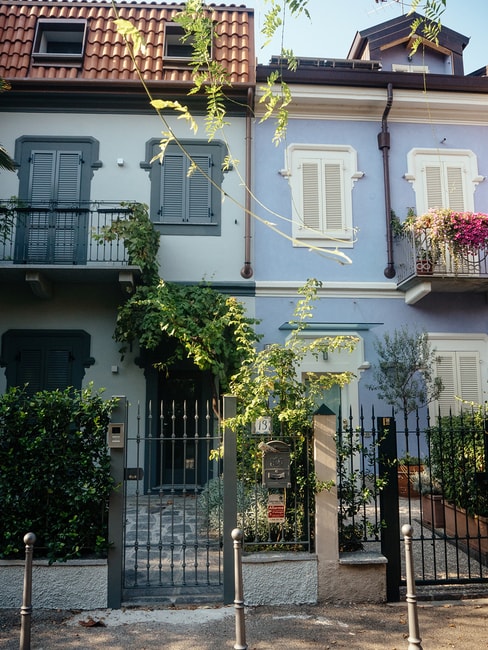 Carlo Cracco is regarded as one of the best chefs in Italy and is one of the best assets Milan has to offer. With several Michelin stars won over the course of his career, Chef Cracco opened a restaurant in his own name in Milan in 2007. The restaurant serves elaborate food with first-class service and has two Michelin stars. With a 10-course menu taking customers on a journey through incredible flavors and enchanting smells, Cracco will leave an indelible mark on any tourist’s stay – and palate.

Building
Villa Invernizzi is a Liberty-styled palace that overlooks corso Venezia in central Milan, which used to be the street which ladies traveled up and down in carriages during the 18th and 19th centuries. Today it is regarded to have one of the most delightful gardens in the city, with pink flamingos, peacocks and ducks roaming around freely. It is worth a visit if tourists are looking for an alternative to Sempione, the famous city park of Milan.

In downtown #Milan, in Via dei Cappuccini 9, flashy pink #flamingos live and strut around the garden of #VillaInvernizzi. #pomellato #secretspots