Michelangelo‘s inestimable frescoed Sistine Chapel ceiling is one of the greatest works of art in the world and an important landmark of High Renaissance art. He was commissioned to paint the ceiling decades after the chapel had been built and didn’t paint his famous scene of The Last Judgement until 25 years after the ceiling. Read on to learn some of the history and take a look at his most famous frescoes.

The lofty Sistine Chapel was built between 1477 and 1480 by Pope Sixtus IV while the painting of the ceiling was commissioned by Pope Julius II decades later. Michelangelo, a celebrated sculptor rather than painter, was initially reluctant to take on the project but the Pope was insistent. Eventually he worked on it over the course of four years, from 1508 to 1512. Frescoes on the side of the chapel had already been carried out by other leading painters of the time, including Botticelli, Ghirlandaio, Perugino and Raphael. The various paintings illustrate the doctrine of the Catholic Church, demonstrating humanity’s need for salvation through Christ, and depict many stories within the Old and New Testaments. 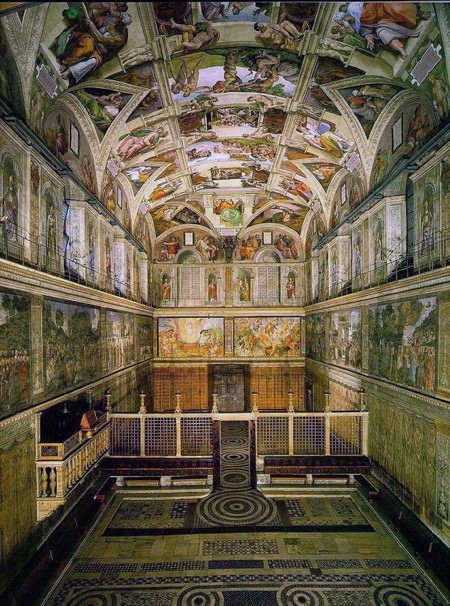 The focal point of the chapel is the ceiling which represents the Old Testament including the Creation, Fall of Man, Promise of Salvation through the prophets and the life of Jesus. The nine central panels are the most famous and specifically depict the Book of Genesis, from God’s creation of Earth and mankind to the story of Noah and the Great Flood. In total the ceiling includes 343 figures, demonstrating Michelangelo’s sublime talent for painting the human figure in various modes and postures, heavily influencing future artists. 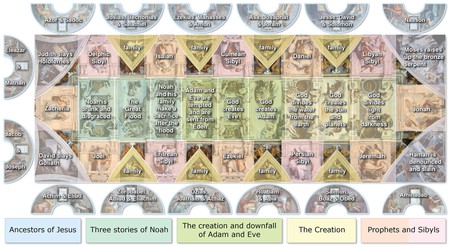 Michelangelo worked his way backwards through the panels, commencing with the Great Flood and Noah’s Ark and finishing with God’s creation of the world because he believed his technique would be improved enough by then that he could dare attempt to portray the divine. This was the first time God was portrayed as a muscular, bearded, human man and would change the course of religious painting.

The First Day of Creation 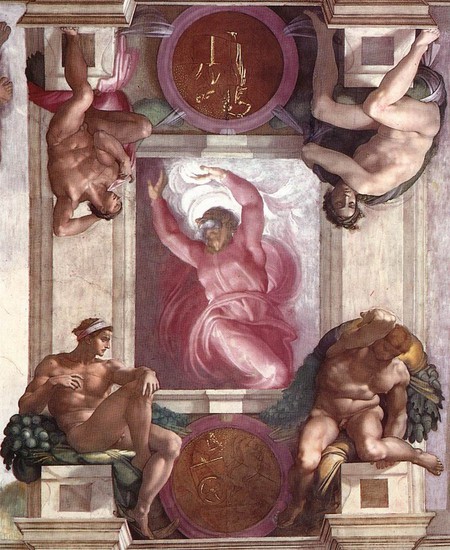 The First Day of Creation | © WikiCommons

The Creation of the Sun and the Moon 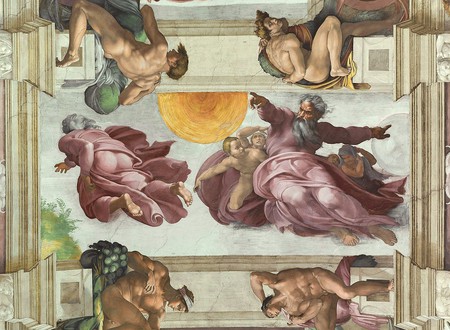 The Creation of the Sun and the | © WikiCommons

The Creation of Adam

The fresco of the Creation of Adam, in which God breaths life into Adam, is the focal point of the chapel and is one of the most reproduced images in the world. It portrays God creating mankind in his likeness and the fact that the hands do not touch seems to underline the fact that God is the giver of life and that Adam has yet to receive it – if the two were portrayed touching it would imply they were equals.

The Creation of Adam | © WikiCommons

The Creation of Eve 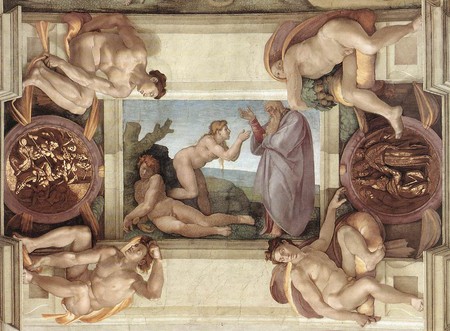 The Creation of Eve | © WikiCommons

Michelangelo’s other famous fresco is The Last Judgement, which was painted on the altar of the Sistine Chapel between 1535 and 1541. It was commissioned by Pope Clement VII and overseen by his successor Pope Paul IV after his death. The enormous painting illustrates the second coming of Christ and the last judgement by God of all humanity. Christ is depicted in the center of the fresco, flanked by Saints, including Peter, Paul, and John the Baptist, as the souls below receive their eternal judgement. Those saved ascend to the left while those damned descend to the right. 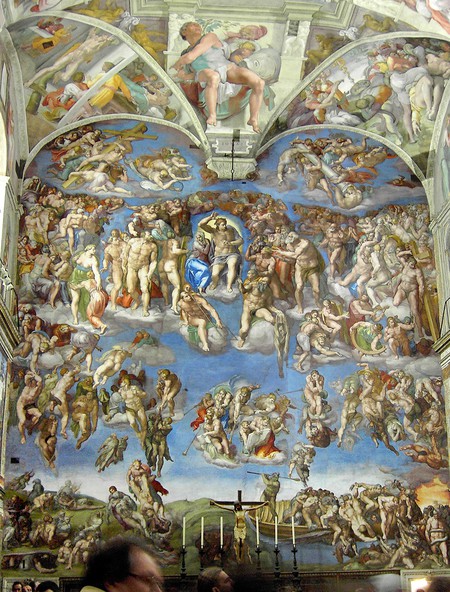 For those not in Rome, the Vatican has created a marvelous 3D rendition of the Sistine Chapel to peruse from the comforts of your computer.