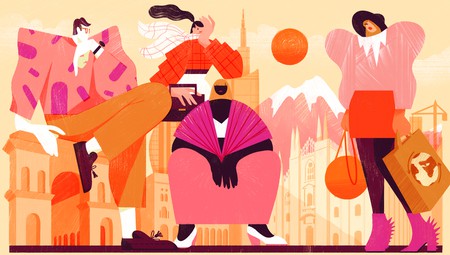 Getting out of the station in Milan feels like stepping into a fashionista’s fever dream. High fashion is an alternate universe, and this Italian city perfectly serves as its ruthless and extravagant capital. However, beneath the glitz and the glam, there’s a thriving independent fashion scene ready to be explored. 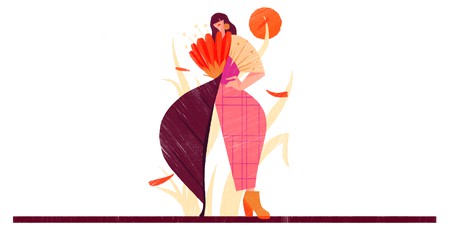 Today, most consumers realise that the world of fashion isn’t nearly as shiny and polished as the boutique windows and glittering catwalks would like us to believe. As an environment that can range from the shallow to the toxic, its unethical production practices, tonnes of polluting plastics and clothes sent to landfill are what’s hiding inside this season’s must-have mini-backpack.

And as obvious as these issues may seem to outsiders, those most sensitive and best able to speak to the problems in the fashion industry are – of course – the people in the industry itself, who have experienced the downfalls firsthand. Lucrezia Grassi, a lecturer at the European Institute of Design (IED), was shocked when she found out that for a big fast-fashion brand, it was more cost-effective to throw away all of its faulty items rather than replace a single button. But the struggle for sustainable fashion, she says, isn’t as black and white as it may seem.

“It is impossible to have a completely sustainable fashion brand,” says Grassi. “If the fabric is biodegradable, it could require a lot of energy to produce; if it’s reusable, it could be unethical, and so on.” That’s why she doesn’t believe in striving for unattainable perfection. “Every single step toward a more sustainable industry should be celebrated, even if improvement is always possible. It may be frustrating, but if you criticise every little detail, we’re not getting anywhere.”

Nicoletta Fasani, a designer who only works with sustainable fabrics like organic cotton and hemp, also had to see the effects of common production practices on the planet with her own eyes before making the switch. “When I started, I was not oriented toward sustainable fashion; I just wanted to affirm my identity, based on the concept of geometric clothes. As soon as I entered the world of production, I witnessed injustices and environmental mistreatments, so I slowly changed my way of producing and the materials I was using. Now I only work ‘just in time’, making what my clients have already ordered, and using certified organic cotton and hemp.” She started her career patenting a multifunctional dress, the BINIKI, that could be turned into a multitude of different shapes, motivating her customers to own less and avoid waste. 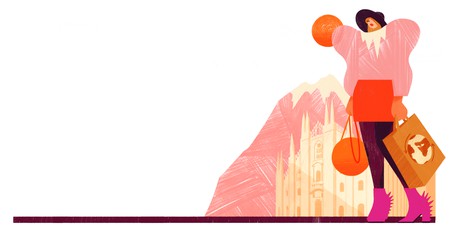 It’s apparent that as well as sustainability, independent fashion offers something even closer to fashionistas’ hearts: originality. “Customers are getting bored of the homogenisation of fast fashion and are looking for something different,” Luca Gilardi, unit manager for the vintage shopping chain HUMANA, explains. “Every second-hand item is unique, and so, it perfectly fulfils this need,” he says. “Not only can you run into things from different decades, but some pieces have been altered by their previous owners, maybe they were bought abroad or are from a brand that doesn’t exist anymore. The possibilities are endless.”

“People in Milan are so over commercial stuff, advertisement, creating clothes just to make money,” explains Marcello Pipitone, a recent IED graduate. “Famous people exploit fashion just to make a quick buck. They don’t have a background in fashion or design, so they create these things without having any connotations of shape, style or art.” As a design graduate, Pipitone has a very strong opinion on people believing you just need a good eye or a big following to make clothes. “You don’t see people randomly turning into surgeons or engineers, but nowadays, everyone believes they’re a designer. In all of this, the artistry gets lost.”

With this in mind, Pipitone is striving to create something that is 100 percent his own. “Because I went to school for this, I feel like I have the responsibility to make something different. Sure, it’s making my life so much harder, but I love my job so I enjoy doing it.” His graduate collection is completely made of upcycled materials; he decided to go to grandparents, friends and his closet to find unworn items and transformed them into art. “I looked at different stages of life: you have childhood, represented by my old football uniforms; the classic adult lifestyle that I got by asking my parents and their friends for clothes they didn’t want; and vintage items from my grandparents. That’s how it started.”

Grassi is a big fan of Pipitone’s work: “When you buy something like this, you’re buying the concept and the history behind it as well. You can’t compare it to a fast-fashion piece. They make 52 collections a year – there’s no artistic value in those clothes.” 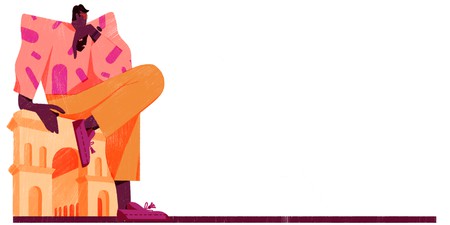 More and more individuals are looking for a story behind their clothes. Narrative isn’t a new idea in the fashion world. Fashion is art, and thus communication; when looking for a piece of clothing with a story, nothing is better than vintage and second-hand stores. Vittoria Boattini got her thrifting bug from her mother and now works at SNAP, one of Milan’s most interesting second-hand stores. Focussed on apparel from the ’60s and ’70s, SNAP presents a highly curated collection from around the world and collaborations with promising new designers, mostly based in Italy. Boattini explains that there is nothing like finding something unique while thrifting – her favourite find, she says, is a pair of blue leather pants she uncovered in a random market. “It’s like hunting. It takes time and patience, but the result is so satisfying.”

She also believes that vintage shopping encourages fashion fans to think more creatively. When you don’t have everything laid out in front of you as you do in a fast-fashion collection, with clothes designed to work together available at the click of a button, you need to get a little imaginative. “You need to think about styling these quirky pieces you find from around the world – it’s very different from simply copying a mannequin.”

Thrifting, Gilardi says, has only recently become seen as a viable way of shopping in Italy. “Up to a couple of years ago, the only ones buying second-hand were vintage lovers. Now thanks to realities like HUMANA, thrifting is more approachable for the average Joe.” Boattini agrees; to this day, she says, many people walk into SNAP and ask what it is, not understanding the concept behind selling second-hand clothes. The stigma is still there, Grassi says, though it’s a rather arbitrary boundary. “They think wearing a used T-shirt is gross, but don’t consider where that fresh H&M number has been. The condition of the factories or warehouses – now that’s gross.”

Fasani asserts that the city of Milan is building a battlefield for independent designers trying to battle fast fashion and the monogram empires. “There are many organisations that encourage small businesses, like the CNA (National Confederation of Artisanship),” she says. Associations like these provide a platform for small business, as well as the chances for networking and economic support. Boattini thinks that the openness of Milan to fashion is what allows places like SNAP to exist. In terms of new and independent fashion, Pipitone believes that Milan has a lot of potential, and it’s where people are the most sensitive to the shift that’s happening within the industry.

The minds behind Milan’s independent fashion scene strive for different things, whether that’s sustainability, originality or artistry, but they’re all woven together in a concept that Fasani perfectly summarises. “People want to wear things that are good and beautiful, looking for harmony, and the beautiful is a result of the good.”

These are the rebels of Milan, trying to overthrow the same city that has given birth to them – only time will tell if they can succeed.