Maurizio Cattelan | An Artist Profile And Inside Look

The oeuvres of conceptual artist Maurizio Cattelan often mirror the works of the early 20th century movement, Dadaism. His work is striking and captivating, often capturing the conflicts and contradictions of social norms. Known for his provocative subject matter and his prankster ways, Cattelan is arguably one of the most influential artists of this generation.

Born in Padova, Italy, in 1960, not much was known of the Italian artist Maurizio Cattelan‘s highly private life until he moved to Forli in the early 1980s and began building wooden furniture. This line of work introduced him to other famous architects of the day, who in turn introduced him to prolific artists. Encouraged by this new community of artists and architects, Cattelan made a catalogue of his work and sent it off to several contemporary galleries, hoping to secure an exhibition for some of his ornamental furniture. Eight years later he hosted his first solo show in Bologna, Italy, without ever undergoing any formal training. 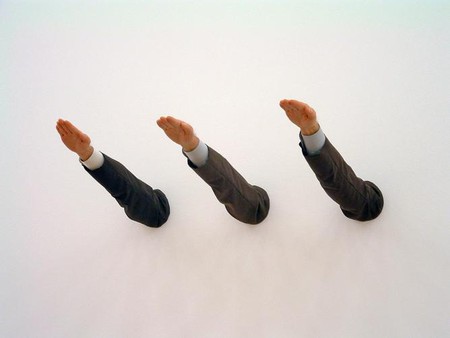 According to the MoMA, it wasn’t until the late 1990s that Cattelan’s incredibly realistic sculptures began to make appearances in his shows. These figures initially used his own image, but slowly began to incorporate others: the Pope, Adolf Hitler, Pinocchio and JFK have all been subjects of his work. These figures make up the bulk of Cattelan’s work and have been some of his most controversial pieces. They tend to offer very harsh critiques of today’s society. Taxidermied animals are another popular form in Cattelan’s arsenal, and they too began to show up in the 1990s. Stuffed dogs, horses and squirrels litter the galleries that display his huge body of work. Cattelan uses these animals to disarm his viewers by either posing them incredibly naturally (a dog curled up in the corner of a room), or shockingly unnaturally (halves of horses hanging from the ceiling).

Much of Cattelan’s work uses found or premade objects as well as borrowed source material to create new pieces of art. In this sense, his work tends to follow closely in the footsteps of Dadaism. Acknowledging this fact, he chooses to refer to himself as an ‘art worker’ instead of an artist. Once in Amsterdam, having nothing of his own to present, Cattelan stole the entirety of a neighboring artist’s show in the dead of the night, passing it off as his own until the police demanded he return it. The ‘art worker’ title also recognizes Cattelan’s views on the role of art in the world. In his estimation, art should pull its own weight. Art shouldn’t just be there to look pretty or be provocative; it needs to do something as well.

This view of art was one of the key reasons Cattelan switched his focus to curating in 2005. In projects like the Berlin Biennale (2006) he wanted to focus on artists who were creating work that affected people and worked on the viewer in some way. In his publication Charley, which is composed of pages taken from other magazines and newspapers, Cattelan presented 400 up-and-coming art makers whose work made bold statements about their creators’ worlds. 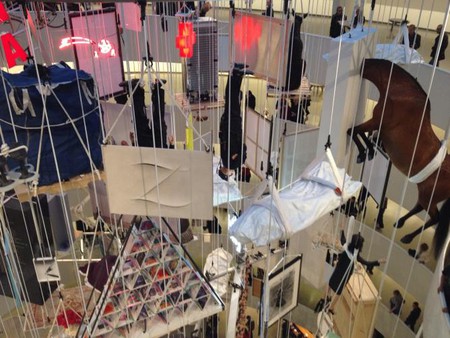 Cattelan has often been called the jester of the modern art world. In a discussion with Interview Magazine he once said: ‘I found out very early in life that people tend to prefer the class clown to the class nerd.’ The jester title not only recognizes the fact that his work, the work of the art-world clown, is intentionally infused with humor, but also the fact that Cattelan has fashioned a role for himself as a modern court jester. Like the jesters of the medieval world Cattelan comments on ideas and practices in a way no one else is allowed. He criticizes cultural practices and delivers judgment without fear of retribution.

Cattelan retired in 2011, capping off his wild career with a much-discussed retrospective at the Guggenheim in New York. In typical Cattelan form the show, entitled All, was not your average retrospective. Instead it involved hanging almost every piece of his output from the ceiling of the rotunda in the center of the museum. As viewers walked up and down the ramp they were able to glimpse every stage of his work. This final show encapsulated Cattelan’s provocative jokester style, and clinched his position as one of the most intriguing artists of his generation.