Matera: The Italian Stone City That Lights Up at Night

Matera is one of the oldest cities in the world and, today, one of the most popular tourist destinations in southern Italy, but that hasn’t always been the case. Find out how the city carved in stone has gone from ancient ruin to trendy travel hotspot, and why tourists continue to flock here. 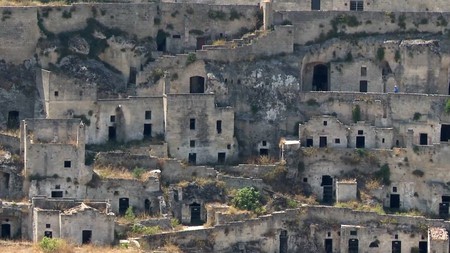 Less than 100 years ago, Matera was one of the poorest areas in Italy. In 2019, the city was chosen as a European capital of culture, an honour that followed on from the rocky outcrop gaining UNESCO World Heritage status in 1993.

The Sassi lies at the centre of Matera – home to a series of caves and underground passages that have been used as dwellings since the Palaeolithic era. Split into two districts (Sasso Caveoso and Sasso Barisano), the ancient town was granted UNESCO World Heritage status along with the Park of the Rupestrian Churches.

The Sassi houses were dug into the rocks of Matera, which possess a unique composition only found in the regions of Basilicata and Apulia. Although an exact date cannot be confirmed, experts believe people have been living continuously in these stone houses for over 9,000 years, making Matera among the oldest continually inhabited towns in the world. 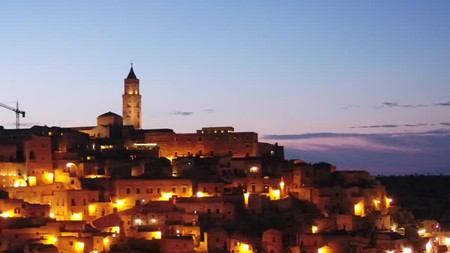 Due to its geographical location and particular style of architecture, Matera has been likened to older cites across the Middle East. It’s more visually reminiscent of ancient Jerusalem than the Jerusalem of today, and filmmakers have been keen to take advantage of this. Mary Magdalene (2018) was shot on location here, with James Bond rolling into town, too.

The rebirth of a city

The production of No Time to Die (2020) saw 007’s famous Aston Martin DB7 race around the cobbled streets of Matera, just as the city was celebrating its European capital of culture status. The publicity from the movie will boost tourism, but it’s not as if there is a shortage of visitors coming to stay in the city.

A recent report by the University of Siena suggested that over 25 percent of the viable housing in Matera was available on Airbnb. The remarkable turnaround was kick-started by former prime minister Alcide De Gasperi, who criticised the conditions residents were forced to live in, describing it as “a national disgrace” in 1950. 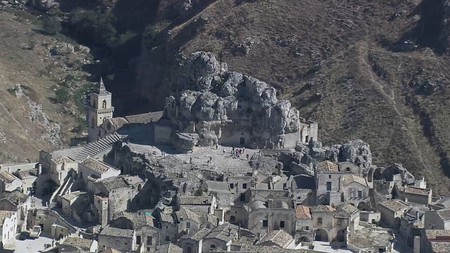 After several false dawns, including a misguided plan to evacuate the city and rehouse the residents in another location, a positive solution was found when artisans began moving in and converting the dwellings into habitable spaces.

While other Italian hotspots, such as Florence, Rome and Venice, have seen overtourism choke the streets around the cities, the plan for Matera is to maintain a sustainable number of visitors going forward. The city has also been selected as one of five places to trial 5G broadband and technology, making it one of the most progressive destinations in the country.

If you want to see a slice of authentic Italy and avoid the crowds in summer, Matera is one of the best options out there.