The boom of classical music in Italy is commonly associated with Verdi, Puccini, Vivaldi, and Rossini; but the heyday of composition is not over in Italy. In the current landscape of contemporary music, Ludovico Einaudi is the genre’s shining beacon. An acclaimed composer whose oeuvre finds its definition in the notion of a journey across sound, Einaudi brings a contemporary edge to classical music. 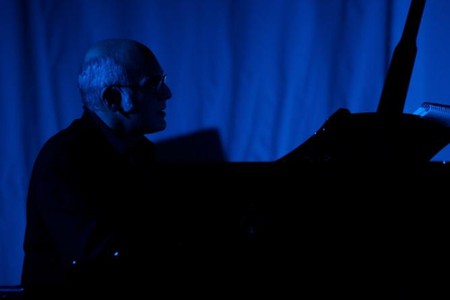 Born in 1955 in Turin, composer and pianist Ludovico Einaudi was the son of Giulio Einaudi, founder of the Einaudi publishing house, and nephew of Luigi Einaudi, President of the Italian Republic from 1948 to 1955. The young composer began his musical career playing keyboards in the jazz-rock group Venegoni & Co, while continuing his studies at the Giuseppe Verdi Conservatory in Milan, from which he graduated with a degree in classical music. It was only after his graduation that he started to define himself as a classical musician, composing both orchestral and chamber operas.

Einaudi’s first great success arrived with the album ‘Le Onde’ (1996), which received wide international acclaim. Based on the eponymous novel by Virginia Woolf, ‘The Waves’, ‘Le Onde’ is a set of piano ballads that would later become characteristic of Einaudi’s style – a style that refers to the classical tradition of the past while drawing on clear folk, pop, rock and contemporary influences, with a circular, enveloping and minimalist sound. The booklet attached to the album offers a reading key, provided by the composer himself:

After the highly successful ‘Le Onde’, Einaudi published the album ‘Eden Roc’ (1999), a collaborative effort with the Armenian musician Djivan Gasparyan, in which he continued his experimental research, adding a string quintet to the piano.

2001 saw the release of ‘I Giorni’, a collection of ballads with a great emotional undercurrent. These ballads, with their linear and somewhat light melody, are still charged with a deep suggestiveness, which captivates the listeners from the first notes. The artist explains that the inspiration to create the album was the result of his trip to Mali, where he came into contact with the ancient musical traditions and storytellers, and where he first encountered the kora masters Toumani Diabate and Ballaké Sissoko. It was Sissoko that made the pianist return to Africa for the Festival au Désert, and it was then that they worked together on Einaudi’s 2003 album ‘Diario Mali’.

Soon after, in 2004, ‘Una Mattina’ climbed to the top of the British classical music charts; a song characterised by undulating melodies in motion, spaced out with accelerations and suspensions. From that moment on, Einaudi embarked on a long period of worldwide tours, with concerts that often sold out and garnered great critical praise. During this time, he had the chance to meet international artists from different traditions and musical inspirations, and with whom he collaborated musically; among them were Paolo Fresu, Rodrigo Leão, Mercan Dede and To Rococo Rot (Robert and Ronald Lippok).

The 2006 album ‘Divenire’ became an immediate hit with over 80,000 copies sold in Italy and a number of awards. The entire album revolves around only three tracks: ’Divenire’, ‘Primavera’ and ‘Svanire’, songs inspired by three paintings by Segantini: ‘Life’, ‘Nature’ and ‘Death’. The tour that brought ‘Divenire’ to the world’s most renowned and sought-after concert halls finished in 2007 at the Royal Albert Hall in London.

The intriguing ‘Nightbook’ was released in 2009, and defined by the pianist as his ‘Dark Side of the Moon’ in an unambiguous reference to Pink Floyd’s revolutionary album; ‘each song’, he says, ‘is a chapter in a story, the facet of a prism, a gaze on the experiences that belong to the most dreamlike, the innermost side of ourselves. It’s a dream where anything can happen.’ The album provided a contrast to the acclaimed ‘Divenire’, whose sounds evoked the movement towards the world, the flow of life; on the contrary, ‘Nightbook’ analyses the inner, the psyche, the deep aspects of reality that refer to a mystical dimension.

Ludovico Einaudi’s latest album, ‘In a Time Lapse’, was released in 2013. Here, the tracks are played and lived by an incredibly wide harmony of sounds, including the piano, strings, percussion and electronics. ‘When you become conscious that our time is limited’ – the pianist explains – ‘that is the time when you try to fill that empty space with all your energy and again to live each moment of your life as fully as when you were a child.A period of time that does not freeze the moment but rather includes all of our experience, our past, present and future, our expectations, our desires, our limits, all that we are.’ The whole of ‘In a Time Lapse’ explores worlds of new sounds and new arrangements that come together in a layered, consistent and accurate language.

The main characteristic of Einaudi’s music is its ‘transversality’, thanks to which he is able to step away from the canons of classical music as a genre, and to mix and merge it with sounds of pop, rock, folk, jazz, electronic and ethnic music. Einaudi’s albums inevitably focus on and revolve around a suite – a direct reference to the classical idea of ​​a novel that’s divided into several chapters. Though each piece carries its own individuality, it is by listening to them all that a complete view of the whole, and the idea behind the entire album emerge. The sound world evoked by Einaudi happens around the piano, as the composer explains, ‘the piano is my pencil, and notebook on which to put my notes. In the piano I found my voice, I live in it in a certain way, I identify myself in that sound.’ 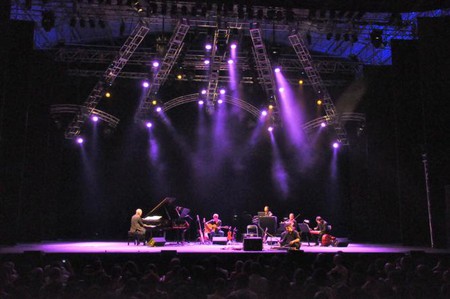 The vast story Einaudi wants to tell in the meticulous construction of his albums is thus peppered with other sounds, other instruments that create the path the pianist wants us to take with his songs – sounds and instruments that emerge unexpected, but dazzling. Listening to the music of Ludovico Einaudi is a journey through the magical sounds that evoke deep and ancestral feelings, and that can help to understand the true magic of music.