Discovering the Byways of Venice, Italy 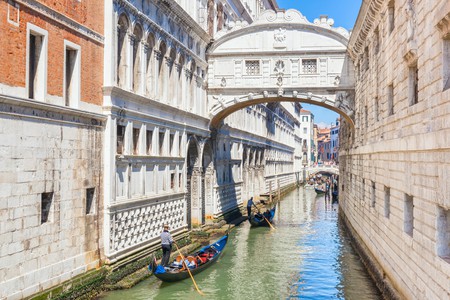 Get under the skin of beautiful, mysterious Venice by discovering its meandering pathways | © eye35.pix / Alamy Stock Photo

With its many meandering alleyways, exploring Venice on foot is thrilling. The buildings are crammed into every inch of available space between the canals, so there is always something fascinating or beautiful around the corner. You will get lost, but that’s half the fun.

Because of its unique geography, Venice has a remarkable number of paths for its size, and it is a wonderful place in which to get lost. The city is entirely founded on artificial islands formed by ancient wooden piles with limestone on top of them as foundations for the buildings. As a result, with little possibility of expansion, the buildings take up as much space as possible, leaving only narrow paths between them and the canals as the main means of transport.

There is a wonderful randomness about Venice’s footways; not only are they narrow, but their direction can also hardly be predicted. Bridges over the canals do not always go the way you want them to, and the main routes will swerve seemingly at random. Many routes are little more than alleys and often go under buildings; the sotoportego, a right of way through an arch under a building, is a common sight.

A few canals were filled in during the 19th century, forming wider pathways, but the main paths are narrow and can barely cope with the number of tourists in high season. So, to explore Venice, it is best to try to get away from the main routes. It is worth making sure that you have a good navigation system on your phone, but inevitably, you will get lost at least once – that is part of the charm, and whichever route you take, there will be plenty of buildings worth seeing and many discoveries to be made.

Just as with footpaths in the countryside, it helps to understand why the paths were developed. Foot navigation tends to go from campo to campo, the various squares at the centre of each parish, each with its own church; if you follow the main routes, you will find yourself moving from church to church. And there are lots of those in Venice.

So as not to wander aimlessly (lovely though that can be), it helps to have a good destination in mind – and here, there are plenty to choose from. Venice is a waterborne city, so if you want to explore the grand mansions which line the Grand Canal and other main waterways, it’s advisable to go by boat. Gondola rides cost around €80 (£73) per hour, and of course, you may have to put up with the gondolier singing popular Neapolitan songs (the traditional Venetian ones seem to have disappeared). A much cheaper option is the main water-bus (vaporetto), which takes you down the arteries. Catching route number 1 is also a good way to explore the Grand Canal.

But at some point, you need to start wandering on foot. JG Links’ wonderful 1966 book Venice for Pleasure is a great choice for first-time visitors to to the city. It includes a series of delightful walks all around the centre with very detailed instructions, enabling you to explore all the major buildings while having someone navigate for you. There are even suggestions for stops and, Venice being what it is, restaurants like the Locanda Montin in the Dorsoduro on the Fondamenta Borgo are still there and still highly recommended.

One problem with random wandering is that many of the churches – key stops for art lovers in Venice – tend to close for lunch. There is now a group of churches, CHORUS, offering a €12 (£11) pass for entry into all 17 churches, and most have opening hours that run all day. The churches encompass some of the major artistic works in Venice, such as the wonderful Stations of the Cross by Giandomenico Tiepolo (son of the more famous Giambattista Tiepolo) at the church of San Polo, the Veronese painting and frescoes that cover every surface of San Sebastiano or the sequence of tombs and altarpieces which fill the Basilica of Santa Maria Gloriosa dei Frari, while the church of Santa Maria dei Miracoli is a wonder in itself. Most have significant paintings, and one of the delights of wandering around is to encounter an altarpiece by Titian still in its original location, such as Titian’s San Giovanni Elemosinario at the church of the same name, the merchant’s church close to the Rialto market. 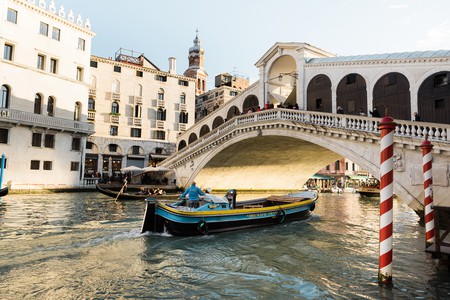 There are also a number of surviving Scuole Grandi, religious confraternities which accumulated a remarkable quantity of great art, some of which are still in place. The Scuola Grande del Carmini has a wonderful cycle of paintings by Tiepolo, while the Scuola Grande di San Rocco has a stupendous number of artworks by Tintoretto.

If you find the accumulation of Old Masters a little too much, then seek out the work of the Modernist architect Carlo Scarpa – a Venetian who worked on a number of projects in his hometown. The Galleries of the Accademia has work by him, as does the Palazzo Querini Stampalia (which is open to the public Tuesday to Sunday 10am to 6pm).