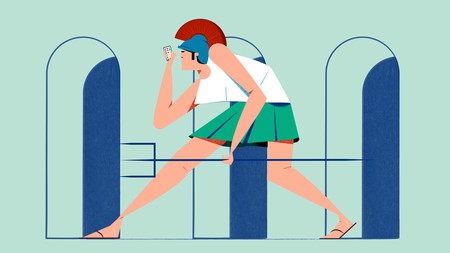 In the arena, the gladiators clash their swords together, the ringing of metal echoing through the amphitheatre. For a second the sound hangs in the air, until it’s interrupted – by the ringing of a phone. Until then, you’d almost believe you were in Ancient Rome; which is exactly what Sergio Iacomoni, founder of the Gruppo Storico Romano, intended.

One of Sergio Iacomoni’s favourite memories, he says, is when a fight went wrong. Though they use blunted weapons to avoid injury, he says on one occasion, “one of our professional gladiators accidentally cut his face and started bleeding during a fight”. Far from it being a cause for consternation, the fighter took it in true, machismo gladiator style. “He demanded several pictures be taken before anyone could clean him up,” Sergio says. “He was proud of his battle wounds.”

As well as educating and training people in ancient fighting techniques, the Gruppo Storico Romano aims to revive the culture and traditions synonymous with the glory days of Rome; and especially the lifestyle associated with the gladiators. “Think of a Gladiator as the Western martial arts,” Sergio says. “The term gladiator is known all over the world. It’s almost a magical word.” With the school, he wants to recapture the might and the majesty of these legendary fighters, and this, for him, goes much deeper than just the layers of armour. “I have made a dream real by building this; the arena, the museum, the armories, but above all, it is important what I built within myself.”

Step into the arena constructed from Sergio’s research and fantasy and you’ve entered another world, where present-day civilians transform into ancient warriors. The world of the modern gladiator is more than just physical fighting – it means taking part in their ancient practices and traditions. Discipline and strength (both physical and mental), respect, loyalty and honour, bravery and sacrifice – according to Sergio – were the characteristics that made a true Roman gladiator, and they are alive and well at Gruppo Storico Romano. 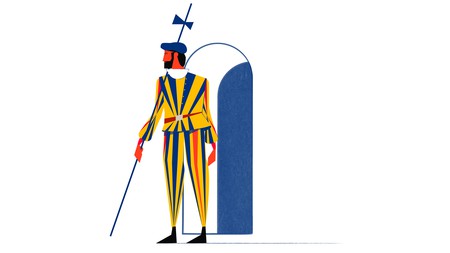 In his younger days, he’d played gladiator, but had put aside wooden swords and toy helmets as he entered adulthood. Now, though, he and a few friends banded together and the next day saw them standing outside the Colosseum in full gladiator attire, taking photos with tourists and entertaining the crowds. “We were curious to see what would happen,” he recalls.

What happened that day is they made hundreds of people’s photo albums a little more exciting; the day after, they made the newspapers, and a year after that in 1994, they made the group an official association.

Now, more than 20 years later, the school has flourished. One employee who has fallen under the spell of the gladiators is art director Yuri Napoli, who first became acquainted with the association through some of the re-enactors, who used to frequent his plays. One day they asked him to visit them at Gruppo Storico Romano, and when he did, he instantly “fell in love with that world,” he says, before officially becoming part of the team in 2016. He explains that the modern-day system of schooling offered by Sergio is far more regulated than simply swinging a sword. “If you wish to achieve professional gladiator status, there are several levels and categories that you must pass, much like boxing.”

The preparation, Yuri says, can be quite gruelling; though of course, not so much so as in Roman times. “You can’t really replicate the conditions when you take fear of death out of the equation,” says Sergio, sounding almost disappointed. If you’re not a fan of physical contact, the three-year process to become part of the gladiator school probably isn’t for you. On the other hand, if the arena is calling your name, you can enrol to become part of the Gruppo Storico Romano Legionnaire; the elite of the elite. Performing in demonstrations, festivals and even military parades, these are historical re-enactors with an edge. There are currently 40 legionnaires in the Gruppo Storico Romano, training monthly in full uniform and armour – but entry requirements are high, with an oath ceremony and medal awards ensuring that only the most serious of contenders can take part.

For the casual tourist or Roman wishing to explore the history of the gladiators over a day, the group holds basic gladiator training classes, which don’t require a pledge of allegiance (just the ability to not hit yourself in the face with a sword). There’s also the on-site Museum of the Roman Legionary, displaying armour, weapons and artifacts galore. Perhaps the most entertaining of the offerings is the Gladiator Show; visitors take to the stands to watch a re-enactment battle that features all of the glamour (dancers, legionnaires and light effects) of the original gladiator fights with none of the gore. You can even play emperor for an extra fee; clothed in the traditional garb, you’ll sip on mulsum (an ancient, spiced honey wine) brought by your own personal servant. And at the end, you’ll even decide who lives and who dies. 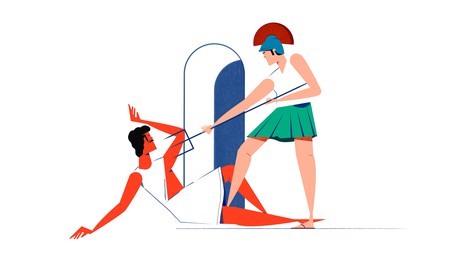 Sergio also points out that there were actually women gladiators; female slaves were regularly condemned alongside their male counterparts but there were also women who fought of their own free will. Historians are not clear when the first woman entered the arena, or who she was, but by the 1st century it was a relatively common sight. The female gladiators came to an abrupt end around the year 200CE, when Emperor Septimius Severus banned women from participating in the games. However, Gruppo Storico Romano is trying to revive this ancient tradition, with two women gladiators and counting.

Sergio is a stickler for historical accuracy, spending years of extensive study exploring the history and culture of the Roman gladiators. He even learned how to reconstruct the armour and weapons used for training (with some safety precautions, of course). But despite the dulled weaponry, there have been some minor injuries. “After 20 years,” he laughs, “of course there would be! But nothing too serious.”

This way of life is a pretty physical one, from the heavy armour to the clash of swords. It couldn’t be more different from Sergio’s previous profession; from being stuck behind a desk to king of the arena. But as Sergio points out, this is not so much his job as his everyday existence. He lives and breathes Rome, from funding the city’s birthday party in April each year to teaching himself how to recreate citharas (ancient Roman guitars). A portrait of Emperor Nero even hangs in his home.

For Sergio, there really isn’t life outside the arena. Being a modern-day gladiator is something he lives and breathes. “It is in my DNA,” Sergio says. “Loving Rome means loving a goddess, loving an idea, loving a lifestyle. And yes, sometimes it is a bitter love,” he explains. “But Rome is not a city or a place, it is an ideal, a symbol. The carpe diem philosophy of living today to the fullest because tomorrow is uncertain… that’s what it is like to feel Roman.” And his love of what Rome symbolises is something that he happily shares with tourists passing through his amphitheatre.