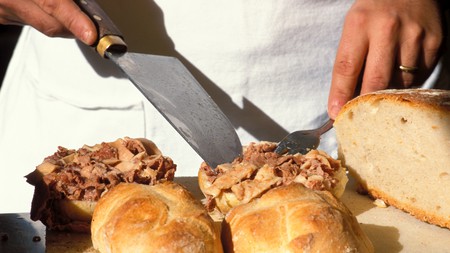 Philadelphia has the cheesesteak, Tokyo has the katsu sando and Florence, the gilded heart of Tuscan opulence, has the panino di lampredotto – and for some, it’s a daunting proposition.

A soft ciabatta roll, stuffed with sopping, stewed reed tripe (from a cow’s fourth stomach), is dunked in broth and then smeared with salsa verde to create the lampredotto, as Florentine as hearty ribollita, bold red wine or gigantic bistecca steaks. 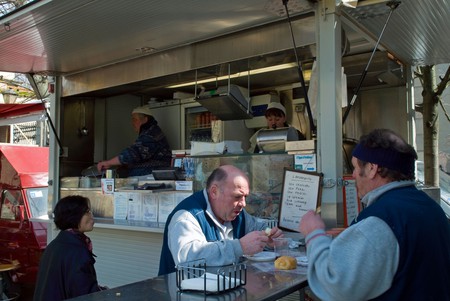 On the ground, it is inescapable; you can barely move for finding an errant lampredottaio (lampredotto stall) parked outside of the city’s landmarks, very often trailed by a queue of ravenous punters eager for a taste.

As with all especially offaly world delicacies, it divides opinion. It’s not uncommon to see it pop up as a gross-out eating challenge video, or to catch a tourist quite literally bite off more than they can chew with its peculiar texture. Samin Nosrat, of Salt, Fat, Acid, Heat fame, described it as “a strange-textured, off-tasting thing” that took a good effort to keep down. But for others, it is revelatory. It’s messy, it’s juicy and it’s a challenge to get your mouth around, but people have been swooning over its charms for almost half a millennium. 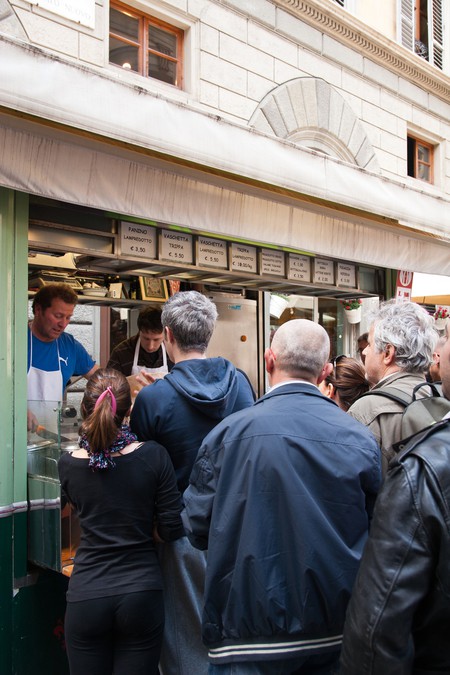 Like all dishes to emerge from the cucina povera of Italy, lampredotto was an invention of thrifty necessity and a smidgen of irony. In the 15th century, when Europe’s aristocracy were in the throes of their obsession with the famous lamprey eel, the working class of Florence – looking for a similar indulgence – came up with an alternative.

Spotting that the stringy webs of cow stomach they had in surplus mimicked the distinctive suction pads of a lamprey’s mouth, the butchers of the city named their particular delicacy in honour of it. Boiling the stomach for hours with onions, leeks, tomatoes and carrots tenderised the meat; sparky, herby sauces brightened the flavour; hardy bread soaked up the sauce and made the meal more substantial. The sandwich was born. 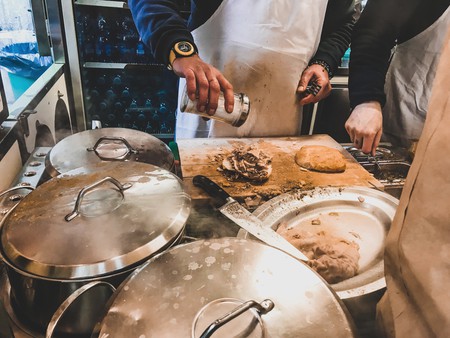 Sailors docked in the ports and headed straight to lampredottaio on the hunt for the sandwich to sate their needs. Factory labourers, weary from working from early morning, queued dutifully for the sandwich to get them through the afternoon. Penniless young artists in the hunt of a patron lived off lampredotto as they crafted away. Next time you see one of Michelangelo’s marvels in the city centre, remember that it was lampredotto that kept him fuelled through his labours.

The Florentine attachment to their lampredotto is no less strong today as it was in the Renaissance. There are whole restaurants dedicated to mastering, reworking and elevating humble tripe – Tripperia Il Magazzino in particular is renowned for its lampredotto meatballs, which, according to cookbook author Emiko Davies, “will turn the pickiest eater into an offal fan”. 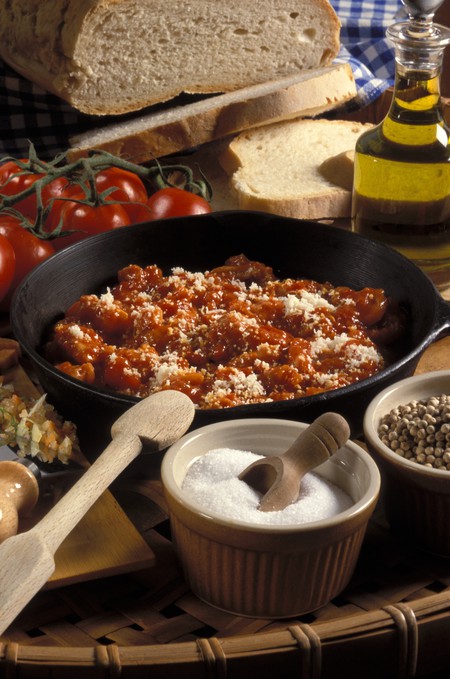 Even a two-Michelin-star restaurant has found a place on their menu for it: Da Caino, up in the Tuscan village of Montemerano, pays homage to Florence with an indulgent interpretation using the finest anchovies and pecorino that money can buy, to take the sandwich beyond the street stall.

But the quintessential experience remains in the city centre. There’s even an app – iLampredotto – which maps out the city’s lampredottaio to help you find your nearest fix. Each has their own quirk or twist – a beefier broth in one, a more piquant green sauce in the next – and some native Florentines will remain devoted to a particular van for their entire life. 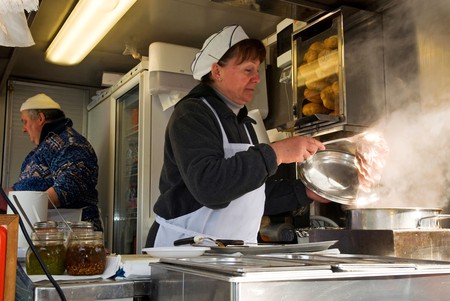 But among the oldest and most storied is the legendary Nerbone, tucked away in the famous Mercato Centrale. You’ll recognise it from afar; the queues start early and persist all day. Serving lampredotto since 1872, they are masters of the art – their pans bubble gently, their herbs are chopped with care; they know what they’re doing. Should you find yourself inclined to sample this Tuscan delight, you can do no wrong in visiting Nerbone. There’s a reason people keep coming back for more. 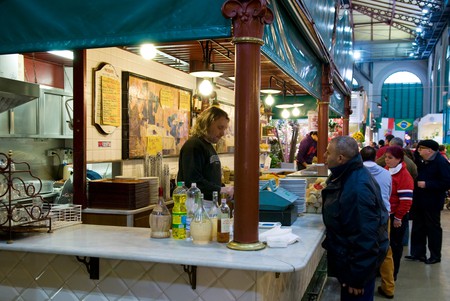