La Serenissima: Ten of the Best Films Set in Venice 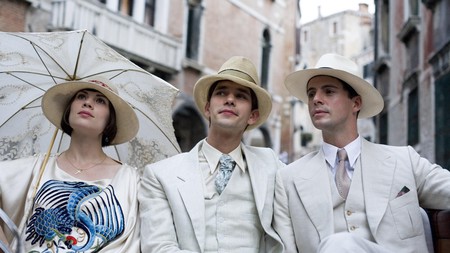 One of the most cinematic cities on the planet, Venice has been the backdrop to countless romances throughout the decades, but cinematic visions of the floating metropolis have also revealed a darker side to this most decadent of cities.

Almost the prototypical Venice film, David Lean’s Summertime sees middle-aged American secretary Jane Hudson (Katherine Hepburn) travel to Venice on a long-dreamt-of holiday where she finds herself inadvertently immersed in romance. Venice becomes a means of escape from Hudson’s mundane life at home and the site of a last chance for love. These themes would be echoed in countless lesser Venice films, and it is Lean’s elegiac direction and Hepburn’s combination of sorrow and exhilaration that raises Summertime to the level of a classic. Her delight upon finally visiting Venice and seeing its grand palazzi and canals make the crushing disappointment of her love affair all the more acute. 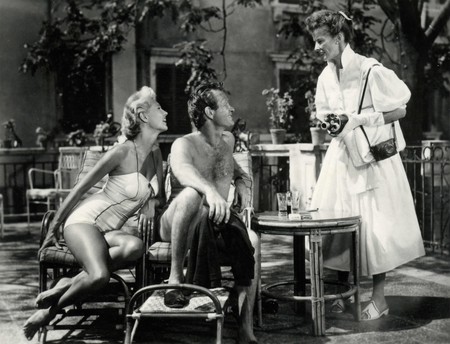 Based on Thomas Mann’s classic novella, Luchino Visconti’s adaptation of Death in Venice embodies Mann’s themes of decadence and debauchery both visually and thematically. It depicts Venice as an opulent but dissolute paradise, where terminally ill protagonist Gustav von Aschenbach (Dirk Bogarde), comes to spend his last years. His infatuation with a young Polish boy contributes to a brief rejuvenation, but his tragic love ultimately consumes him, and becomes a meditation on lost youth and aesthetic beauty. This gloriously slow film reveals a darker side to Venice’s reputation for beauty and romance, indulging instead in the parallel concerns of voyeuristic obsession and decay.

A film that manages to be both terrifying and deeply moving, Nicolas Roeg’s Don’t Look Now is a classic piece of 1970s cinema in which Venice is transformed from a blissful escape to a hallucinatory labyrinth. The film marries the traditional qualities of the ghost story with a moving evocation of memory and grief. It follows married couple Laura and John Baxter who have travelled to Venice following the tragic death of their daughter. Their attempts to overcome their grief are thwarted by the intrusion of the supernatural into their lives, making them believe their daughter may still be alive. Both the Baxters and the viewer are left in the dark about what is real and what is an illusion, and all we are left with is an indelible image of a red coat, and the impression that even in palatial Venice, there is terror lurking around every corner.

Filmed largely in the Cinecittà studio in Rome, Fellini’s Casanova is Venice as imagined through the surreal prism of Federico Fellini’s twisted vision. Only the opening half hour is set in Venice, in one of the few cinematic attempts to portray the Venetian Carnival in full swing. This being Fellini, the excess and debauchery for which the carnival is legendary are amplified to an outrageous extent. It portrays Casanova’s entry to the world of sexual excess and decadence, which he would later make his own. Donald Sutherland’s Casanova is an enthusiastic participant in this debauchery, which marks the beginning of his career of sexual abandon throughout Europe. The rest of the film sees Casanova travel to Paris, London and Germany, but it is in Venice where the heights of licentiousness occur, setting the tone of extravagant abundance in this film. 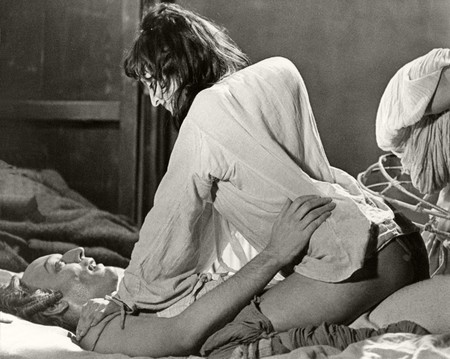 One of Woody Allen’s rare forays into musicals, Everyone Says I Love You moves between New York, Paris and Venice, and sees several well-established Hollywood actors trying their hand at singing, with mixed results. It is amongst Allen’s most beloved films of the 1990s, coming at a time when his critical reputation started to tumble, and its reworking of the theme of a Venetian aristocratic retreat is done with typical irony and wit. The film focuses on a rich New York family and the various break-ups and make-ups amongst their extended family and friends, at the centre of which are Edward Norton and Drew Barrymore’s Holden and Skylar. 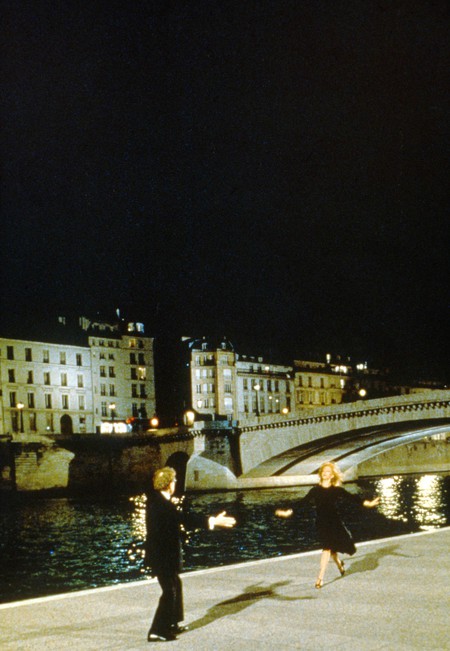 ‘Everyone Says I Love You’ is a musical by Woody Allen that moves between Venice, New York and Paris | © Photo 12 / Alamy Stock Photo

Adapted from Henry James’ novel by director Iain Softley, The Wings of the Dove revels in the beauty of Venice, which it juxtaposes with the pettiness and selfishness of its characters. The film depicts Venice as it was in the early 20th century, when it was still part of the ‘Grand Tour’ for British and American aristocrats. The gondolas, palazzi and bridges of Venice are portrayed in lush period style as the backdrop to the story of Millie Theale, played by Alison Elliott, a terminally ill American heiress embarking on the Grand Tour in her final years, and the impoverished British aristocrat Kate Croy, played by Helena Bonham Carter, who hatches a plan to inherit Millie’s fortune. The story of deceit, irreconcilable love and tragic illness is given the perfect setting in a Venice of decaying beauty and aristocratic indulgence.

Director Diane Kurys’ depiction of artistic rivalry and irreconcilable romance brings two French literary icons to Venice: novelist George Sand, played by Juliette Binoche, and poet Alfred de Musset, played by Benoît Magimel. They embark on a torrential love affair upon the break-up of Sand’s marriage, and are jointly inspired by their romance to create some of their best works. Juliette Binoche’s performance as Sand is the focal point of the film, as she breaks taboos of the day, smoking cigars and cross-dressing, on the way to becoming a feminist icon in the 20th century. The film’s recreation of 19th-century Venice is meticulous, and many scenes were filmed in the suites of the Hotel Danieli where Sand and Musset stayed during their love affair.

Italian films set in Venice are surprisingly rare, and this 2000 film by director Silvio Soldini is the best example. It follows the well-worn pattern of a holiday gone wrong, but adds a dose of eccentric charm in the form of protagonist Rosalba Barletta, played by the effervescent Licia Maglietta. She is a put-upon housewife who, stranded on a holiday, hitchhikes to Venice to escape her domineering and deceitful husband. She finds solace in Fernando Girasole, played by Bruno Ganz, and his peculiar bunch of friends and acquaintances. The eccentricity of Bread and Tulips’ depiction of Venice marks this out as a particularly Italian take on the conventional Venetian romance, and the performance of Maglietta precludes the tendency towards schmaltz which the film otherwise exhibits.

This adaptation of Shakespeare’s play brings Renaissance Venice to life, and mines the dramatic conflicts of the original to incredible effect. It brings the character of Shylock to the fore, with Al Pacino giving a masterful performance as the tortured and persecuted Jewish money lender. Whereas Shylock is far more of a villain in Shakespeare’s play, in director Michael Radford’s adaptation he becomes a tragic hero, and Pacino’s penetrating performance plays off the ambiguities in the text. The city emerges as a dark and disturbing quagmire, racked with communal violence and anti-Semitism, and pervaded with a gloominess that matches Pacino’s world-weary performance.

A dissolute aristocrat finds solace and refuge in Venice, before embracing the darker side of the city, in Julian Jarrold’s adaptation of the novel by Evelyn Waugh. This typical Venetian tale is told with class and wit in Jarrold’s film, as the middle-class Charles Ryder travels to Venice with his aristocratic friend Sebastian Flyte, played by Matthew Goode and Ben Whishaw, respectively. Newfound freedom is followed by deep betrayal in the city. Waugh’s story of lost youth and disappointed expectations has been adapted several times, perhaps most successfully by Granada Television in 1981, and this most recent film adaptation is a more ostentatious take on Waugh’s tale of decadence and failed dreams. 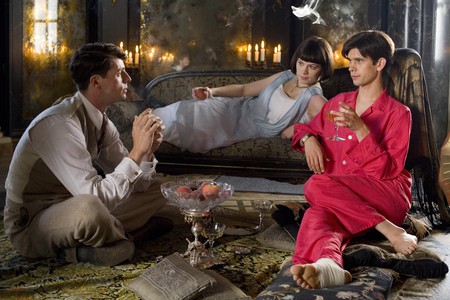