Italy Has It All: Pompeii To Palermo In 48 Hours

From baths, brothels, and basilicas to black-sand beaches, candied cannoli, and Capuchin Catacombs – Italy has it all. But for travellers restricted by time, spending the night on a sleeper is without doubt the best way to save the light of day. Here is how 48 hours in the ruined Roman town of Pompeii and the cultural capital of Palermo should be spent. 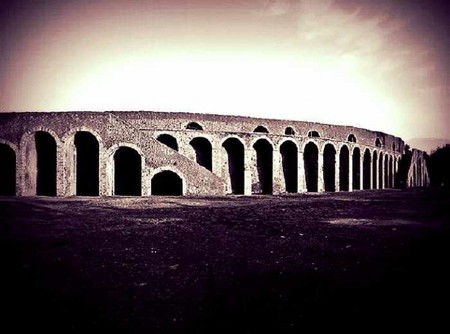 When you first pull into Pompeii Scavi train station and step down onto its overcrowded platform, the ancient town can seem a little daunting. With the helping hand of a local tour guide, though, you can really make the most of your stay by discerning the superior sites. Take in the Roman Forum, the Temple of Apollo, and the Suburban Baths. Boarding transport to Mt. Vesuvius will also enable you to climb the colossal volcano, renowned for pulverizing Plinian eruptions, and peer down into its cyclopean crater. With a breathtakingly beautiful panoramic view from the top, the terrifying trek is well worth the risk.

Nap on a night train

Although pre-booking an exclusive sleeper cabin during the summer season can be expensive, what better way to save time than to fall asleep to the sounds of the railway on the Italian Peninsula and wake up in Palermo the following morning? From Pompeii’s main station, a regional train will take you to Napoli Centrale. Then, slipping along the east-coast on an intercitynotte (night train) toward Italy’s toe, at Villa San Giovanni a quick transformation will see the engine leave the mainland as a boat-train before hitting the tracks of Messina Centrale and arriving in Palermo by breakfast.

Soak up the sights

For travelers short on time, a hired Vespa is definitely the most effective mode of transport. While offering wind-in-your-hair freedom to explore Sicily’s capital city, a bike will also get you to the more remote and rugged parts of Palermo’s coast. Even though the town and its environs are relatively small, the buses, teeming with tourists, can have a difficult time navigating it in one day. Lapping up the Sicilian sights, sounds and smells on the back of a motorized scooter is guaranteed to stimulate your senses.

Nestled in northwest Sicily, Isola delle Femmine (or the Island of Women) sits on the slopes of Cala Pizzo Mollica and Raffo Rosso. Overlooking the mysterious and uninhabited islet that its name suggests, this small Italian town is also part of the province of Palermo. With its vast volcanic stretch below, finding an isolated seaside spot is an inevitability. Above an emerald bed of seagrass, the twinkling Tyrrhenian Sea and its extensive ecosystem will satiate even the most voracious of snorkeling appetites.

With Italian, Greek, Spanish, French and Arab influences, Sicilian cuisine can be difficult to define. But one of Palermo’s best bites has to be Arancini – a fried, breadcrumb-coated rice ball bursting with mozzarella, ragù, and peas. Another legendary dish is squid ink pasta with sea urchin roe: swimming in sable brown sepia ink, the ebon spaghetti with a vermillion drizzle smells and tastes just like the surrounding briny depths. For something sweeter, crunch your way through the cannoli (a tubed pastry dessert filled with sweet ricotta and crystallized fruits). 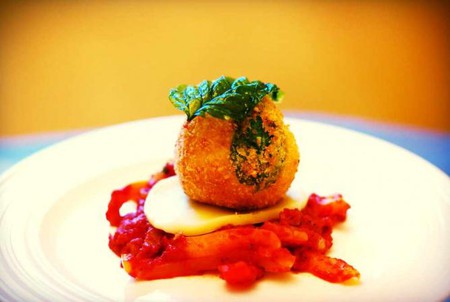 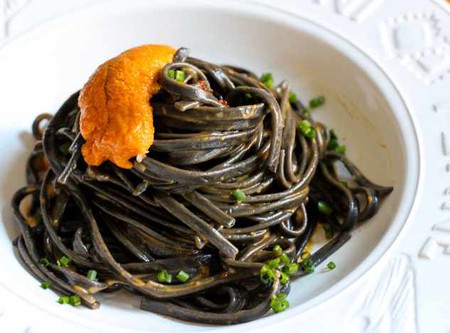 Plunge into Palermo’s past

After something a bit more macabre? Head to Palermo’s Capuchin Catacombs. Over the years, this spine chilling ‘place suspended between life and death’ has become the island’s most celebrated museum. Perfectly preserved in the dress and fashions of the time, the last mummy was added to the collection in the 1920s. Located near the town, and open to the public, the cemetery’s secret subterranean passageways contain around 8,000 corpses and over 1,200 mummies, making it one of the town’s key attractions.