Is Venice Really Sinking? A History of the City's Floods 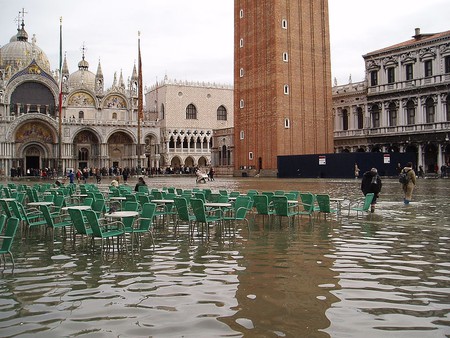 It’s 9pm in Venice on a balmy spring night, and the water is thigh-high in St. Mark’s Square, the lowest point in the city. At a bar on the north side of town, the water comes up only around the shins, and it reflects the flickering candlelight. A band is playing something upbeat on the elevated stage. Servers wearing thick rubber boots wade down the aisles with platters of fried seafood, and a few couples are dancing slowly, so as not to make too many waves.

This is called acqua alta, or high water, and it happens dozens of times every year. Most of the floods leave 90% of the city above sea level. Walkways are erected along main pedestrian paths. Occasionally, a particularly heavy flood will cause some public transit lines to go down. Otherwise, life goes on as usual. 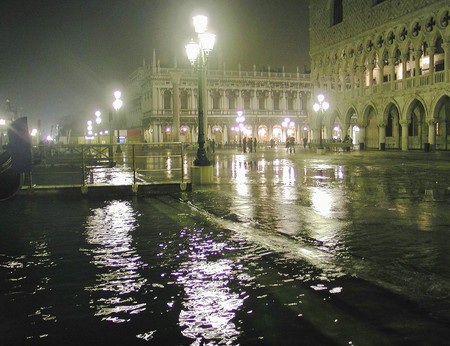 Floods have been a part of life in Venice since its founding. In the 5th century, refugees who were fleeing from invaders came to this collection of boggy islands off of the mainland. In order to build, they drove a huge number of heavy wooden piles down into the mud to create a foundation. As it happens, the muddy marsh is not the most stable place to build, and the city has always been subject to the fluctuations of the lagoon ecosystem. Since this time, Venetians have been locked in a battle with the tides.

Yet this fragile balance that Venice lived in was broken in the 20th century. In 1918, building began for a huge industrial complex at Marghera, on the edge of the lagoon. Marghera became home to many chemical plants and petroleum refineries, which dumped their highly toxic waste directly into the water. Deep channels were dug out to accommodate the large industrial tankers coming in. The powerful currents created by these boats began to wash away the lagoon floor into the ocean. Meanwhile, the vegetation on the floor of the marsh is being killed off by water pollution, which further reduces any ability to absorb turbulence. 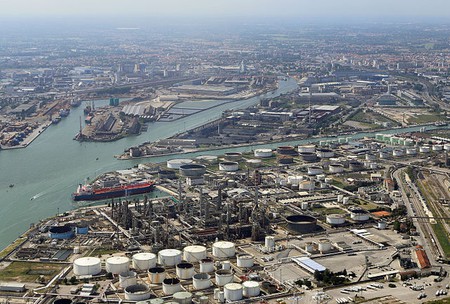 Reclaiming land for big building projects such as those at Marghera, Marco Polo Airport, and the Tronchetto car park also played a role, as those mudflats had served to dissipate the strength of the waves coming in. And perhaps most detrimental of all was the pumping of groundwater from aquifers underneath Venice to support local industry. This was banned in the 1960s, but the damage could not be undone.

This complex mix of factors means that since the second half of the 20th century, the floods have become stronger and more frequent. Another problem in recent decades is the rise of motor traffic in the canals. The wood foundations of Venice could last for centuries, but they were not built to withstand the intense waves created by motor-powered boats, especially when it comes to the huge cruise ships that come through the Grand Canal. These monstrous vessels dwarf even the largest buildings in the city, and their mass creates waves of turbulence that can last for hours. 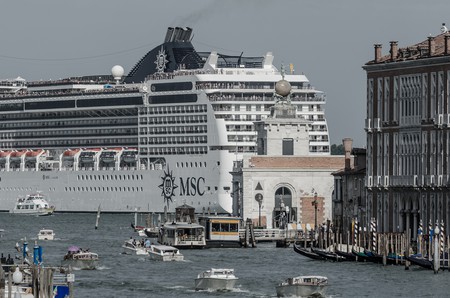 Since the great flood of 1966, international attention has turned towards the environmental issues confronting Venice. After decades of debate, a project was inaugurated in 2003 by then prime minister Silvio Berlusconi. It is called the Modulo Sperimentale Electromechanico, commonly referred to as Mose. In Italian this translates to Moses, the man who parted the Red Sea. The idea is to construct 78 enormous steel boxes on the lagoon floor, which will rise to shut out the Adriatic Sea when high water comes.

The project was criticized by various people: there were citizens who suspected corrupt dealings, experts who suspected the barriers wouldn’t make any difference, and scientists who feared further damages to the ecosystem of the lagoon. Those who do think the barriers will work suggest that they might work too well – if the barriers are raised throughout high water season, they’ll prevent the natural flushing of the canals that clears out sewage and trash, creating another kind of environmental disaster. One thing is for sure: it has consumed a biblical amount of money. That’s 5.5 billion euros to date, and the project is still unfinished. 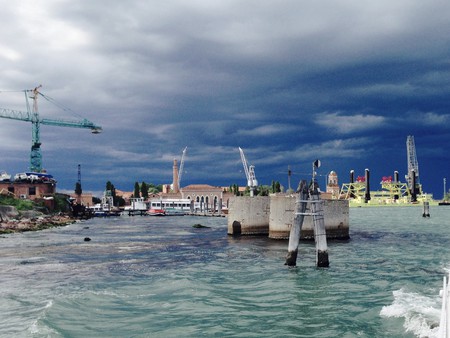 Mose is now years behind schedule, and riddled with staggering corruption, leading all the way up to the arrest of the mayor himself. In 2014, the newspaper La Nuova Venezia published photos showing that the steel flaps were already corroding. Just this year, headlines again proclaimed that construction had to be stopped due to the buildup of mussels growing on the boxes. Ask around town and you will hear what seems to be the citizens’ consensus: the Mose will serve only those who build it. That leaves Venice as vulnerable as ever to the whims of the rising tide.

The idea of Venice as a sinking city is morbidly romantic, and it’s the perfect symbol to express a deeper cultural anxiety of our time. When we see those lovely and poignant pictures of Venice flooded, it reminds us of other, less beautiful pictures, like those of people stranded on their rooftops during Hurricane Katrina, or those of the floods that hit England in late 2015. 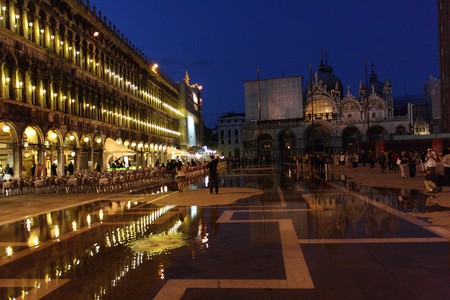 In fact, what happened to this city in the 20th century happened everywhere. Industrial zones like Marghera have caused irreparable damage all over the world in the same way that they have damaged the lagoon ecosystem here. So it’s only natural that the most urgent threat facing this city now is not local, it is global. Venice might be sinking at an infinitesimal rate, but that’s dwarfed by the accelerating rates at which global water levels are rising. Between ice melt and thermal expansion, NASA scientist James Hansen is foreseeing several meters of sea rise in this century. Venice is predicted to become uninhabitable before this century is out, but that also means a death sentence for many parts of waterfront cities like New York, Rio de Janeiro, London, and Shanghai, along with entire island nations.

That’s why it shouldn’t be surprising that for those who live in Venice, the question has always been framed wrong. Venice’s problem isn’t flooding – floods have always been a part of life here. The real problem is the rampant extraction of profit from projects like the Marghera industrial zone, from the corrupt forces behind Mose, and, perhaps most importantly, from the city itself through mass tourism. Because Venice may sink, but before it does, it may just be converted into a tourist theme park, a hollow, high-culture Disneyland.

Three decades ago, Venice’s population was at 120,000 – now, over half of that number has been pushed out by the rising price of living, their homes converted into profitable rentals and hotels. That leaves the number of residents hovering around 55,000. At the same time, the number of visitors has skyrocketed up to 20 million annually, half of which don’t even stay for one night.

Cruise ships are at the center of this kind of destructive mass tourism, bringing thousands or even tens of thousands of people per boat. These visitors only stay for a day, contributing almost nothing to the social and economic life of the city. Thousands of people turn out regularly for protests against these vessels, that damage the physical foundations of the city as much as its social fabric. 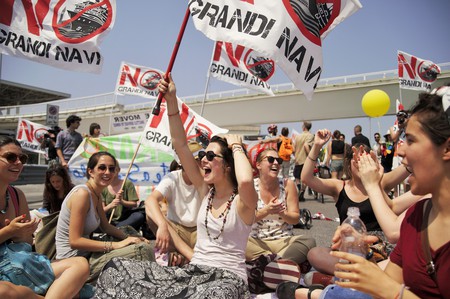 No Grandi Navi protest in 2014 | Photo courtesy of Lorenzo Malandrin

These 55,000 remaining residents are faced with a fight for the survival of their city that must take place on many different fronts at the same time – ecological, political, and social. The question that they face is a difficult one: what should we do when the places we love are threatened by these monumental changes? There is no uncomplicated answer. But many of us are intimately familiar with that question and, with the way sea levels are rising, many more will be before long.