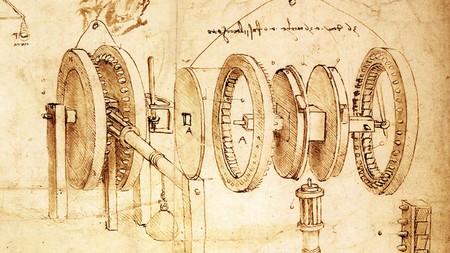 Many inventions have come out of Italy, including those by Leonardo da Vinci | © Keith Corrigan / Alamy Stock Photo

The inventions of the Renaissance period, everything from ice cream to the violin, tend to be slightly overlooked in the dazzle of all that artistic and philosophical revolutionary spirit. However, some of the most taken-for-granted aspects of our day-to-day experiences trace their roots directly back to this remarkable age of constant change. On the quincentennial of his death, it’s only right that Leonardo da Vinci, who famously always saw himself more as an inventor than an artist, gets his own section, but before that, here are some Renaissance trailblazers, all made in Italy and still all very much part of our daily lives.

A tricky one to start with, because there are numerous claims from around the world to the origins of such a universal treat, but certainly, its modern version was popularised in the courts of medieval Florence. Bernardo Buontalenti, a multi-hyphenate artist, sculptor, military engineer and designer in the city, updated the Medicis’ love of exotic fruit sorbets and concocted a new cream, created with eggs, as part of a banquet to welcome visiting Spanish royalty. Buontalenti, who had been working on ideas on how to conserve ice, came up with a recipe for chilled cream with bergamot, lemons and oranges. You can still order a Buontalenti ice cream in Florence today, made with whipped cream and egg cream. 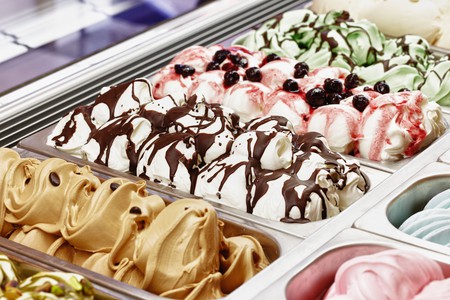 Looking good, that most Italian of pursuits, went global during the Renaissance. Courtiers were initially bemused when Charles VIII of France returned from a royal visit to Italy and started fussing about the cut of his trousers, but they caught the style bug soon enough. It wasn’t too long before Gallic one-upmanship saw quick-fire changes in styles of puffed sleeve shirts and broad-brimmed hats. Embroidered cloaks, usually worn short, were a big thing among the Tuscan gentiluomini (gentlemen), and ribbed caps were perched on the side of the head. Later during the era, the fashion was pointy beards and pointed jackets, leather gloves and a pearl or two dangling off the ear. A variation of this particular theme can still be seen in Florence to this day, during the biannual Pitti Uomo men’s fashion shows. 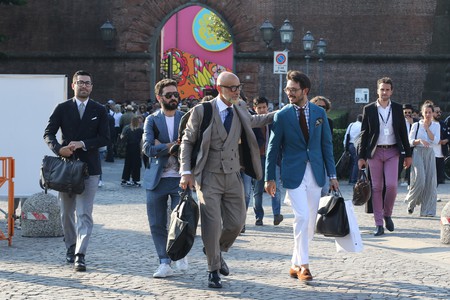 The history of banking as an organised business can be traced back to the former Republic of Siena and the founding of the Monte dei Paschi in 1472, originally as a monte di pietà (basically an official, state-approved pawnbroker) to assist struggling agricultural workers in the nearby Maremma pastures. Money was loaned at apparently pretty reasonable rates of interest with personal possessions and property used as collateral. The bank’s Palazzo Salimbeni HQ still stands in the centre of the city, with the Monte dei Paschi di Siena now the world’s oldest operating bank, albeit one going through a decidedly lean period. Badly hit by the 2008 banking crisis, it needed a succession of government bailouts and EU funding packages to stay afloat. 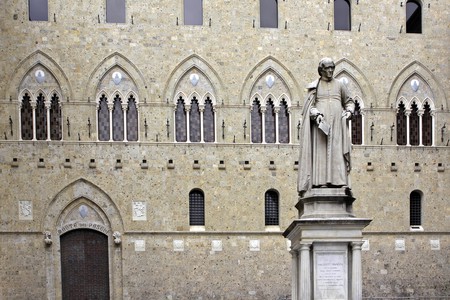 Born in the Tuscan town of Siena in 1382, Marino di Jacopo, known to all as Taccola (“Crow”), was a big influence on Leonardo. There is, indeed, a very strong argument that the Sienese was the true inventor of the parachute – not Leonardo. The original artist-engineer, Taccola’s greatest achievement was actually the idea of using technical illustrations as part of the creative process. His two books, De ingeneis and De machinis, included detailed plans for pedal boats, hydraulic engineering and a “keel breaker”, a weapon designed to be hidden in shallow lagoons and fired at pirate ships. Some of these have since been brought to life and recreated in 3D, including at an exhibition at Siena’s Palazzo Pubblico in the early 1990s. 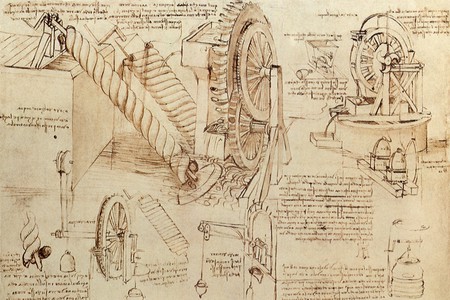 Venice – thanks to its status as an international trading hub and incubator of ideas – was a natural launch pad for new printing press technology, kickstarted with the invention of movable type in Germany. With more than 150 typographers based in the city, at least one-third of all printed materials in the world were being produced in La Serenissima by the end of the 1500s. Bookstores lined the canals, with elaborately decorated hardback titles becoming must-have status symbols for the new merchant classes. But it was middling publisher Aldo Manuzio who became the real game changer, introducing size and font regulations for his books and, with a pocket-size format and softer covers, changing reading habits and opening up the joys of the written word to all. 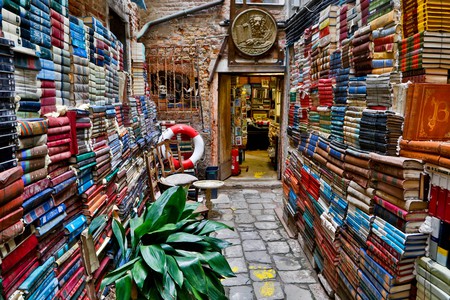 Flight was a recurring obsession of Leonardo’s, with his ornithopter its most celebrated expression. Based on the flapping of birds’ wings (a subject that he spent the best part of 20 years studying), Leonardo’s concept differed from earlier attempts by others who usually attached wings to their bodies and then launched themselves off church steeples. The Renaissance man’s flying machine featured a set of pedals and levers, as well as a platform for the user to position themselves on. 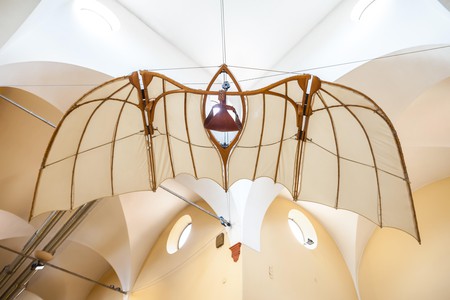 Possibly not strictly speaking about one of Leonardo’s (see Taccola elsewhere), his design was for a wooden frame with a triangular, linen chute, leading some later experts to doubt its ability to take the weight of an average adult human. In 2000, UK skydiver Adrian Nicholas decided to try it out, despite being strongly advised not to. Building his parachute to the exact specifications of the original design, he jumped out of a hot air balloon at 7,000 feet (2,133 metres) and floated blissfully through the air for five minutes before landing safely on the ground. 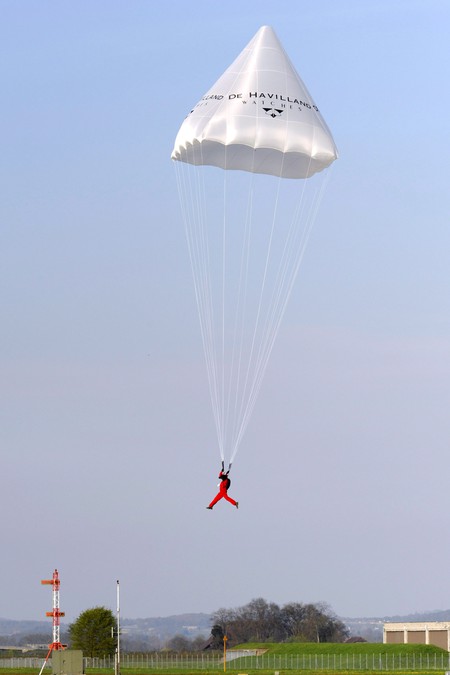 A mainstay of military campaigns, the revolving bridge was commissioned by Duke Sforza of Milan during one of the numerous Renaissance conflicts (the so-called Italian Wars), the outbreaks of which, more often than not, were his own doing. The idea was for a bridge that could be used to transport an army over water, then quickly be taken down and transported to another location. Leonardo’s solution was to come up with a rope-and-pulley system and wooden walkways strong enough to withstand a marching army but light enough to travel on wheels. 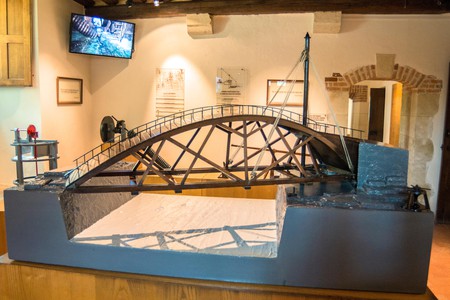 Sadly, most of Leonardo’s greatest and most successful inventions were basically killing machines. A genius military engineer, he created what many believe to be a prototype for the modern tank. Inspired by his studies of the turtle, his armoured car was able to move in any direction using a basic gear system and held a number of light cannons, which were fired through peepholes. Not quite a turtle-shell shaped, the car’s body peaked at the top, in the hope that weapons fired would be more likely to bounce off without causing damage. 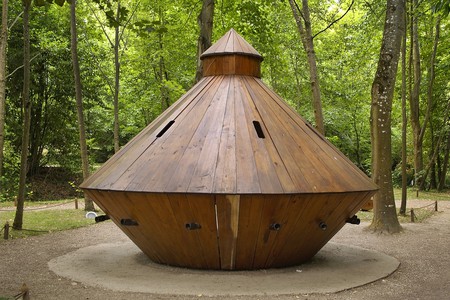 Designed to be 25m (82ft) across and set on a 23-metre-long (75ft) cartridge sitting on six wheels, this crossbow was always intended to be used for intimidation purposes rather than ever shot in anger. It was, however, envisaged to be able to launch large stones (rather than the traditional arrows), so clearly he’d given some thought to how best it could function as a weapon. A large crank would need to be drawn back to set the bow, via a gear operation, before letting fly following a few swift bangs with a mallet on the trigger. 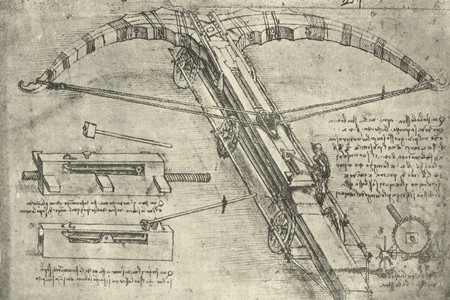 Widely seen as the predecessor of the modern-day machine gun, this was another prototype worked up for Duke Sforza at a time when cannons were notoriously hard to handle, often causing as much damage to those doing the firing as the unfortunate souls actually being fired on. With 33 small-calibre cannons, divided into three groups of 11 each, under a multi-barrel organ-type shell, the device allowed users to reload and continue firing simultaneously (a third set of cannons would also be allowed time to cool). 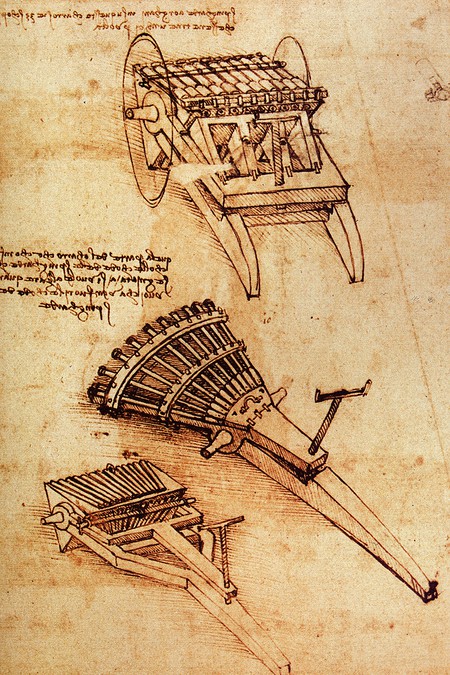 Leonardo’s musical instrument was intended to operate as kind of a cross between a violin and keyboard, with the strings pulled individually towards the bow without ever losing their pitch, via a series of keys. While Leonardo probably based it on the 12th-century hurdy-gurdy, his update crucially avoids gaps between sounds. In 2012, the Polish pianist Sławomir Zubrzycki completed work on his model built following the original design and regularly plays it on tours across the globe. 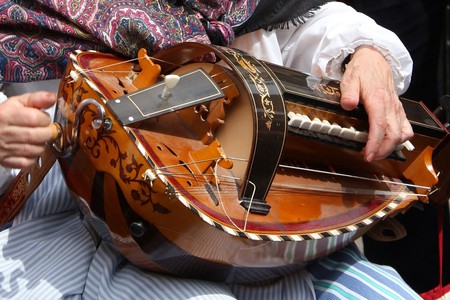 Locomotion and transport were often in Leonardo’s thoughts. And like most of his prototypes and models that rarely made it beyond the design stage, the success of this particular concept can be measured by the obvious ease with which it can stand as a template for what was to follow centuries later – in this case, the motor car. Powered by two symmetric, coiled springs and a balance wheel similar to those used in timepieces to smooth out the ride, it was designed to travel in straight lines or, if pre-set, to turn at angles. 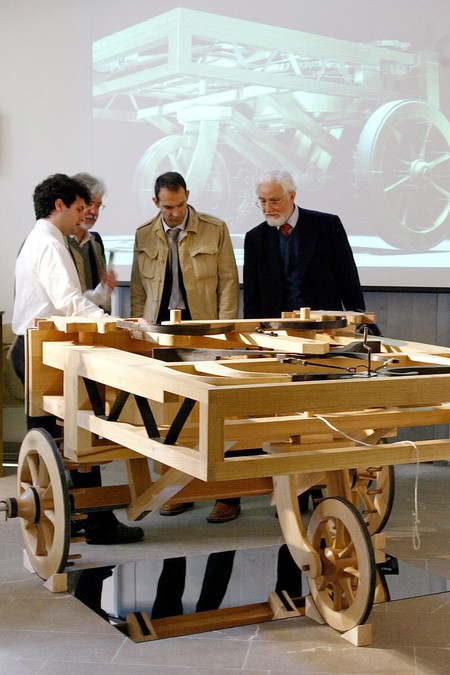 Attempts had been made to come up with similar models by other artists and engineers in the past, but Leonardo’s was the most perfectly realised design. Propelled by two large pedals, linked by a belt and turned by a crank system, the gearing mechanism Leonardo invented would ensure continuous motion and increased speed. His continued studies of waterborne vehicles led him to consider designs for submarines, diving suits and dredgers. 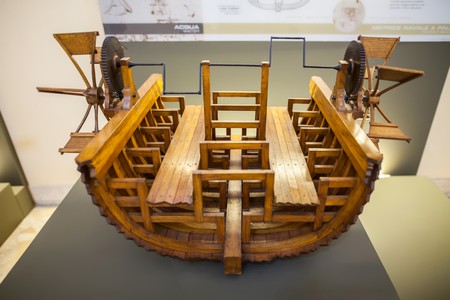 Attempting to construct a 24-foot-tall (7.3m) bronze horse in honour of Duke Sforza, Leonardo began to explore the possibilities of sculpting with the metal to a large scale, devoting 16 years to the project. But then, just as he was reaching some sort of solution to his artistic conundrums, the duke was worried about an impending war with France and insisted Leonardo scrap the whole thing to use the bronze for cannons. Leonardo was heartbroken, and even more so when he learned that the victorious French army used his design model for target practice. Beginning in 1977, Charles C Dent, a retired airline pilot in Pennsylvania, spent 17 years attempting to create his version of the Renaissance artist’s design, only to sadly pass away before it was completed. Dent’s statue now stands outside Milan’s Hippodrome de San Siro. 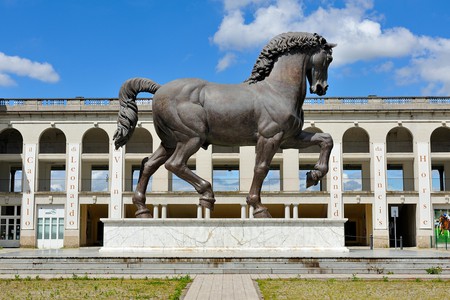 This article is an updated version of a story created by Helen Armitage.