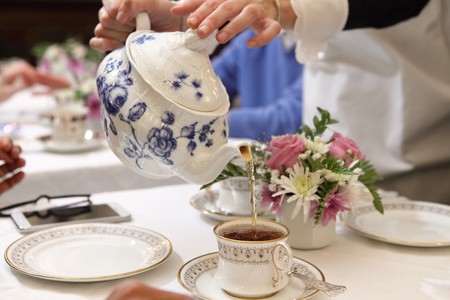 An expert pour © Courtesy of Babingtons

It’s not easy starting a new business in a foreign land. It’s even harder if you’re a woman living in the late 1800s, and harder still if your business plan is to sell tea in a country of coffee-addicts. Yet, that’s exactly what two English women – Anna Maria Babington and Isabel Cargill – did. Take a look inside the successful English tea house these pioneering women founded, now a historic spot in the centre of Rome.

Anna Maria Babington and Isabel Cargill arrived in Rome with £100 in savings and a plan to provide the flourishing English community with somewhere to take tea – at that time only found in pharmacies – and read newspapers.

Babingtons Tea Room opened in Via Due Macelli in 1893 and was such a success it moved to its current prestigious location at the foot of the Spanish Steps just two years later. 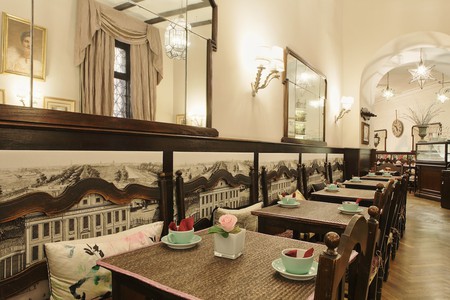 Despite the name, Piazza di Spagna was actually a hotspot for the English in Rome. Prominent figures like Lord Byron and Percy Bysshe Shelley were regulars at the nearby Antico Caffè Greco, and Romantic poet John Keats spent the final months of his life in the palazzo on the other side of the Spanish Steps.

Catering for expats and Romans alike, Babingtons soon became more than just a place to enjoy tea and cake, and is now a Roman institution and tourist attraction in its own right. Over the years, famous faces such as Audrey Hepburn, Gregory Peck and Princess Margaret have all dined at Babingtons.

It’s not all been la dolce vita for this English haven in the centre of Rome, though. 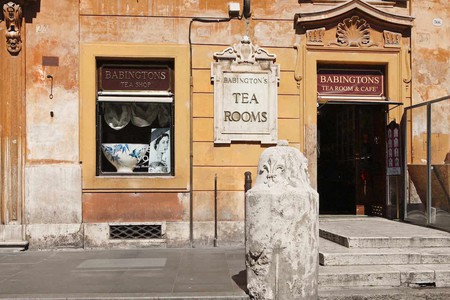 The First World War and subsequent depression were lean years for Babingtons, overcome only by the investment of the life savings of Isabel’s sister, Annie. WWII followed and with it food rationing and a prejudice against ‘un-Italian’ businesses.

Determined to keep Babingtons alive, staff pooled their rations and came up with creative recipes like chickpea-flour scones and potato-flour bread. Meanwhile, members of the Resistance met in secret in the back of the tea room, using the kitchens as an emergency exit. 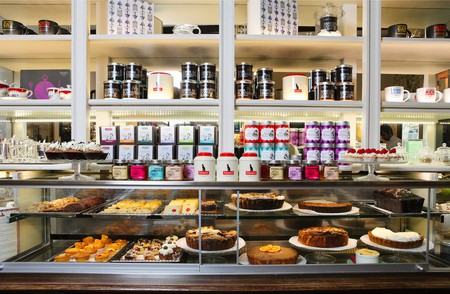 Some of the sweet treats available at Babingtons | © Courtesy of Babingtons

This year, Babingtons celebrates its 125th anniversary and has announced a series of special events and recipes to mark the milestone. Cargill’s great-grandchildren Chiara Bedini and Rory Bruce are now in charge of ensuring this historic establishment continues to attract visitors in 21st century Rome. ‘The history that’s behind the tea house and the continued research in each product is why people appreciate us,’ Bruce explains. ‘Babingtons is and always will be a place to come and relax from the chaos of Rome.’

Babingtons serves over 40 varieties of loose-leaf tea as well as brunch classics like eggs Benedict and the English Breakfast. A range of sandwiches, salads, soups and burgers round out the menu. Afternoon tea with homemade cakes and pastries is €17.