In Florence, a Music Festival Is Reviving the Soundtrack to the Renaissance 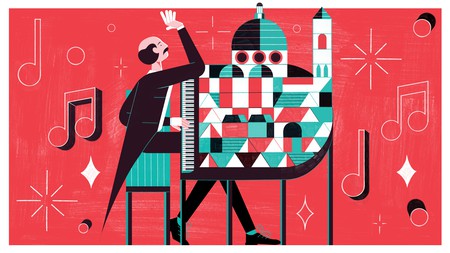 Forget Coachella; Fabio Lombardo, art director of the world’s first Renaissance music festival, talks to classical-music enthusiast Solveig Steinhardt about how to party like a Medici in the beautiful city of Florence.

Think of Florence, and the Renaissance instantly springs to mind; even today, visitors walking around the city are usually overwhelmed by the beauty of the art and architecture left behind from this era. Harder to find in Florence, but an equally important part of Renaissance culture, is its music. And it’s not just casual visitors to the city who tend to neglect this essential aspect of life in this era: Renaissance music is generally little known, even among those who consider themselves classical music experts. It’s a great loss, because the sounds provide a valuable glimpse into the daily life of the 15th century.

In 2017, an Italian musical ensemble called L’Homme Armé decided that this needed to be rectified; so they founded FloReMus, a Renaissance music festival based in Florence. It was the first classical musical festival dedicated to music from the 15th and 16th centuries. “We wanted to bring this musical era back to life, and all agreed that there could be no better place in the world than Florence for a Renaissance music festival,” says Fabio Lombardo, the festival’s art director.

“Our festival doesn’t only focus on music from Florence, but many of the ensembles playing perform pieces by Florentine composers, and by Lorenzo de’ Medici himself.”

De’ Medici was an important figure in the musical landscape of Florence; a statesman and patron of the arts, it was partially due to his influence that the city became known as the cultural capital of the world. But Lorenzo’s patronage went far beyond the visual arts; he also sponsored poetry and music, and personally contributed to the development of a new musical genre that involved the Florentine population like never before.

FloReMus has acquired a large following among classical-music lovers and has drawn in talent from across Europe, but also among Florentines who attend the numerous concerts and lectures held in the city’s most beautiful museums, churches and convents throughout the festivities. 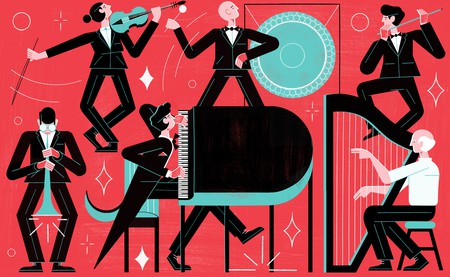 Songs for the people…

The production of Renaissance music in Florence was not limited to the ruling classes, and this era did not restrict itself to highbrow or sacred music. Although Lorenzo de’ Medici did summon musicians from all around Europe to run the city’s chapels and compose polyphonic music for his court, he also supported the development of a more popular type of music, meant to accompany important events that involved every sector of the population. One of these events, and the one that created the most notable form of Florentine renaissance music, was the Carnival.

The canti carnacialeschi (carnival songs), many of which are attributed to Lorenzo himself, are a uniquely Florentine example of Renaissance music. These ballades were meant to act as a soundtrack for the Carnival parades, and they’re the perfect embodiment of the humorous spirit that the Florentine people have maintained to this day. Sung by masked professionals, the canti are odes to love, but also use satirical jibes to mock certain professions and famous personalities. “These tunes can be considered a bit like tavern songs,” says Lombardo, “with lots of double meanings and sometimes obscene details. But although they were meant for the people, they were always told with literary and poetic mastery, a result of the city’s extremely refined cultural panorama of the time.”

Throughout the Renaissance and until the fall of the Medicis in 1494, Carnival celebrations in Florence remained a big deal, with events and games all over town. In Piazza Santa Croce, groups of nobles would parade dressed up as mummies, accompanied by floats depicting the planets and the Roman emperors. Every year, the Santa Trinita bridge (which was at that time much wider than it is today) became the stage for festive games and competitions between the different neighbourhoods. These frequently became rowdy, with fist fights and stone throwing, as testified by the many laws and edicts banning them. Songs like ‘Il trionfo di Bacco e Arianna’, composed by Lorenzo de’ Medici, help us imagine the spirit of these lively, chaotic street celebrations. 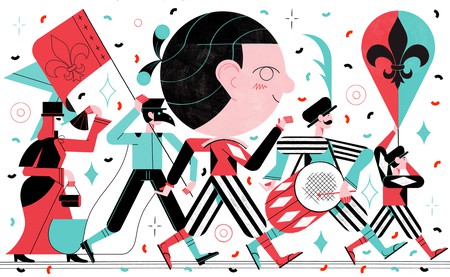 …and music for the nobles

While the population danced to the canti, the ruling classes listened to more cultivated music, which was performed in the city’s main chapels, such as the baptistery of St John, and in the Medici palaces. Lorenzo de’ Medici filled his court with some of the best northern European composers, says Fabio Lombardo, “including Heinrich Isaac, who composed some of the era’s most marvellous pieces. For the death of Lorenzo de’ Medici, Isaac wrote a marvellous lamentation called ‘Quis dabit capiti meo aquam?‘ It almost seems like Isaac knew that this was the end of an era. I think this is one of the best examples of this time, and the musical level of these compositions is higher than that of the Carnival songs.” However, you undoubtedly need to hear both genres – the common songs yelled through debauched street revelry, and the refined tunes played in court – to truly understand the era. 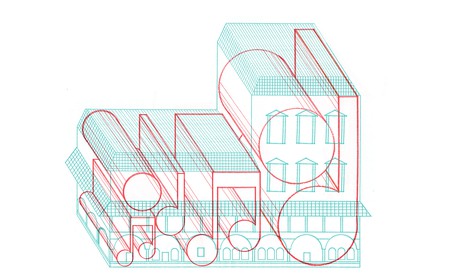 Those interested in diving into the sounds and tunes of the Renaissance should pay a visit to Florence’s Museum of Musical Instruments, part of the Galleria dell’Accademia. This small exhibition displays 50 instruments from private collections and various original instruments that once belonged to the Medici family, as well as a few paintings depicting in detail the musical instruments of the time. The collection also includes the first ever piano, built by Bartolomeo Cristofori in 1688. A multimedia section also offers the chance to listen to samples of the songs, played as they would have been back in the Medici era.

Lombardo’s top tip for musical tourists is to “visit the Biblioteca Laurenziana, the Medici Library”. In addition to being one of the city’s most exquisite examples of Renaissance architecture, designed by Michelangelo in 1519, he says, “It holds some of the most important scores of Florentine music, as well as some of the most important music manuscripts in the world.”

And of course, to witness a true Florentine Renaissance concert, visitors should drop by a FloReMus event; usually held in September, the festival gives you the chance to sit back, close your eyes and let the music transport you back to the times of the Medici court.