Iconic Movie and TV Locations You Need to Visit in 2022 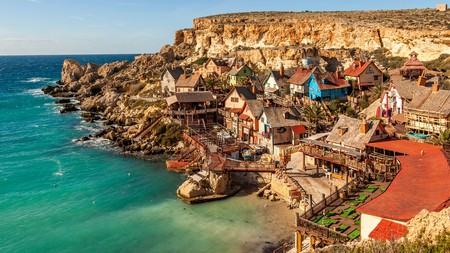 In desperate need of travel inspiration? Find your next hit holiday on screen. Films and TV shows are jam-packed with cool and exotic destinations, and while most of us have been sat at home in recent months we can at least look ahead to a blockbuster 2022. Here are Culture Trip’s essential locations for film and TV fans to visit next year.

Visit James Bond’s Italian escape from ‘No Time to Die’ 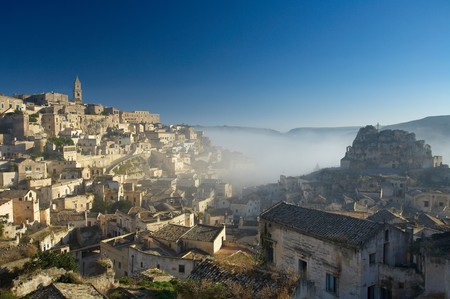 The 007 franchise is famed for its use of exotic set locations, but even ardent fans of the superspy were taken aback by the incredible city featured in the opening of No Time to Die (2021). The stone city of Matera, Italy, hasn’t always been the tourist attraction it is now; in fact, the cobbled streets and cave dwellings that now populate social media posts were once considered an embarrassment. However, as Bond and other films have shown, a destination seemingly untouched by modern trappings is undeniably charming.

If you fancy a stay in one of the cave hotels that have made this part of southern Italy such a talking point, then check out our unmissable 10-day tour of southern Italy, which includes a night in magical Matera.

Tour the largest film studio in the world in Morocco 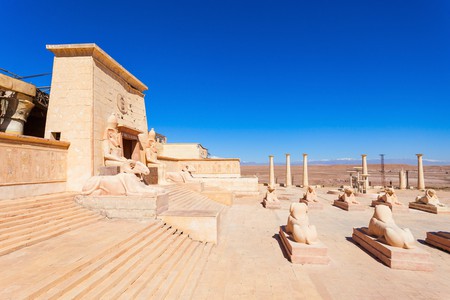 There aren’t many destinations that combine the magic of the movies with real-life locations quite like Atlas Studios, the biggest film set in the world, in Morocco. A selection of hotels in the Atlas Mountains are among the best in the world and the local experiences really give you an insight into how people live here – but the film studio itself is one of a kind. Unlike other sets, this isn’t dismantled after a shoot so new productions simply find an empty plot of land and start afresh. There’s plenty of desert to go around here, so the studio gets bigger every time it’s used. The new Indiana Jones film rolled into town recently, proving that Hollywood is just as enamoured with this place as we are.

Discover the frozen wonders of Iceland 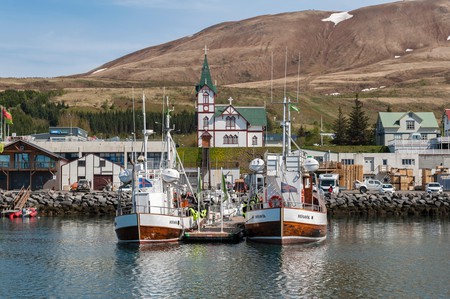 Iceland has reinvented itself as one of the best destinations for adventure-seekers in recent years. The scenery is stunning, and it’s little wonder that filmmakers flock to the island in search of unique landscapes for almost every genre of film. Netflix’s Eurovision Song Contest: the Story of Fire Saga (2020) turned the small fishing port of Husavik into one of the most searched for destinations at the start of the pandemic in 2020. A recent release, appropriately named Iceland is the Best (2021) highlights other popular areas that tourists might know. Snaefellsnes is the incredible national park with a otherworldly environment and, in complete contrast, the movie also showcases the main airport in Reykjavik.

This is one place every film lover has to visit; even if you’re unimpressed by the ground-level wonders, there’s always the celestial Northern Lights. Discover it all on our epic five-day Iceland adventure. And one final thing to look out for in 2022 is Detour Disco, set to be the most remote party in the world. 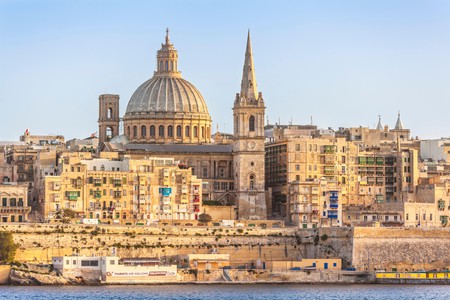 Attention grabbed, now let’s elaborate on why Malta is made for cinephiles. Epics such as Game of Thrones and Gladiator (2000) have utilised the ancient ruins around Valletta to great effect and Jurassic World: Dominion (2022), the newest entry in the Jurassic Park franchise, will bring creatures from even further back to Malta. If you’re after a fun experience in the country then head to the eye-popping Popeye Village which was constructed for a musical in the early 1980s and has stood untouched since. 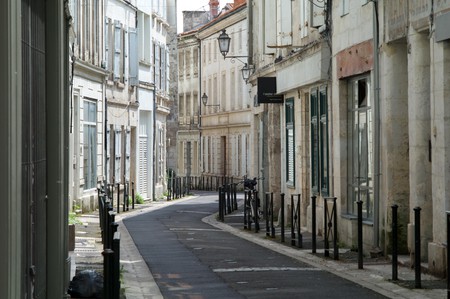 He’s become something of a punchline in some circles, but the undeniable style of American director Wes Anderson bewitches both moviegoers and travel enthusiasts. From his relocation of The Grand Budapest Hotel to a small town in Germany to his thrilling Indian rail track adventure The Darjeeling Limited (2007), the filmmaker finds places that fit his unique outlook on life. The French Dispatch (2021) is no exception, with the small outpost of Angoulême serving as the ideal location for his jaunty tale of an old-school publication in a rapidly changing world. The city is known by the romantic nickname of the Balcony of the Southwest and has seen a huge surge in interest from curious travellers hoping to find the obligatory Anderson symmetry and soft colour palate. Surprisingly, few visitors leave disappointed.

Go Gaga for the many houses of Gucci 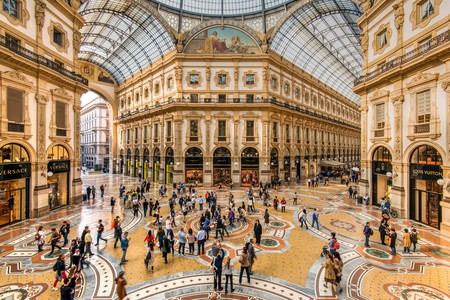 Italy is so cinematic, it was bound to feature on this list again. Tom Cruise will also return here; his latest Mission: Impossible adventure sees him flung around Rome and Venice. You can follow in Michael Caine’s tyre tracks, too, with a summer road trip though Tuscany or on our 10-day northern Italy trip, which visits all the highlights in one go. The trip also stops in the fashion capital of Milan, which also featured extensively in Lady Gaga’s House of Gucci (2021). The city is still home to many style icons, but in the movie you get to see properties that really show-off the luxurious side of the city. 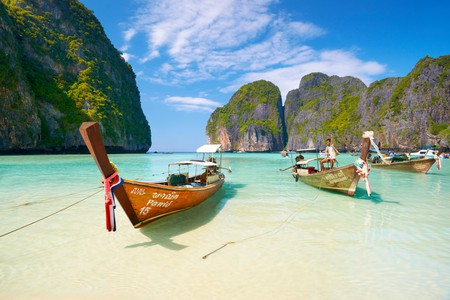 Maya Bay, the paradise setting for The Beach, is now open again for a limited number of tourists | © Jan Wlodarczyk / Alamy Stock Photo

There aren’t many good things to say about the pandemic, but for some natural wonders that were creaking under the pressure of over-tourism, the lack of visitors has been a great chance to reset and regrow. One such positive news story comes from Maya Bay in Thailand, the setting for Leonardo DiCaprio in The Beach (1999). The remote area on Ko Phi Phi had virtually shutdown to all visitors before Covid-19, but a combination of factors has seen authorities start to monitor how many people can go to the bay. With limited numbers now able to experience one of the most beautiful places in the world – just as Leo did – the wow factor is truly back.

Explore the filming locations from Bridgerton 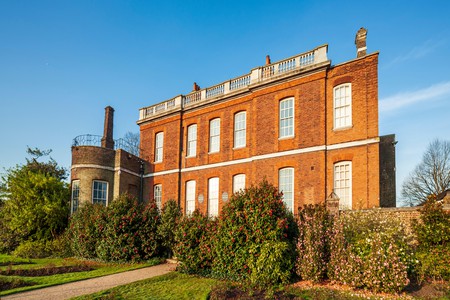 When Netflix dropped a period drama just before Christmas 2020, the streaming platform found an audience desperate to see sumptuous costumes, glamourous people and, most importantly for us, locations fit for royalty. Opulent palaces and grand houses were showcased throughout the series, and unsurprisingly all the locations are in England. The Bridgerton family home in London is open to the public, so if you want to feel really special head down to Ranger’s House in Greenwich. Salisbury and Bristol are the other two destinations of note that ooze that unique Bridgerton style and should be top of the list for any lord or lady. 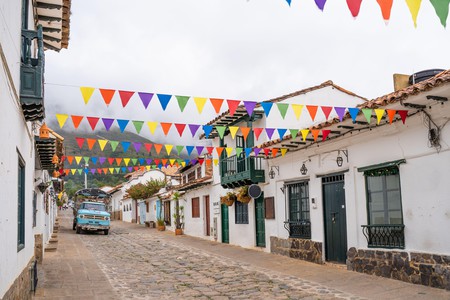 The House of Mouse – not to be confused with the aforementioned House of Gucci, even though that’s one crossover we would pay good many to see – has a knack of finding great locations for their animated movies. Earlier in the summer we were dreaming of an Italian escape to the Amalfi Coast thanks to the superb Luca and now we can’t stop planning a trip to Colombia thanks to the enchanting Encanto (2021). Both films take inspiration from real-life locations and turn them into the backdrop for engaging animated tales that Disney seemingly produce at will.

And if you don’t fancy planning the itinerary yourself, join our eight-day From Bogota to Medellín tour, on which you’ll explore lively Bogota, try river rafting on the Rio Negro, and explore a local coffee farm.