How Venice’s Everyday Service Boats Sail Against the Tourism Tide 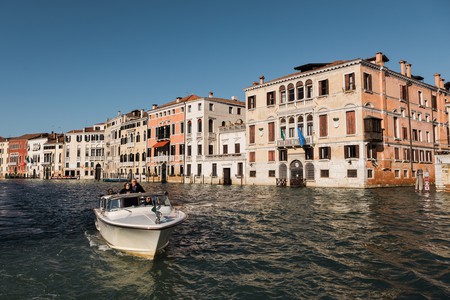 In a city where the streets are filled with water, all forms of transport – from removal vans to fire engines – are aquatic. Here’s how Venice succeeds in providing its residents with all the necessary services, using only the boats for which it’s famous. 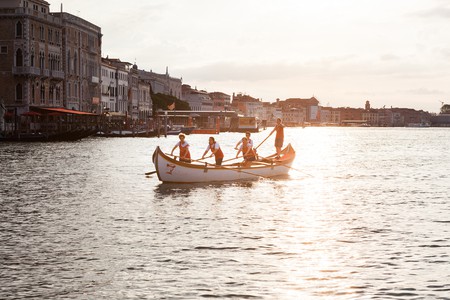 In the floating city of Venice, postal deliveries, emergency services and rubbish collections are just some of the everyday tasks that must be performed by boat. With numerous restrictions for entering the city’s canals, from varying widths to different speed limits, even moving house is a challenge. These are some of the everyday boats you can find in Venice’s network of waterways – learn how they serve the residents in a city filled with tourists. 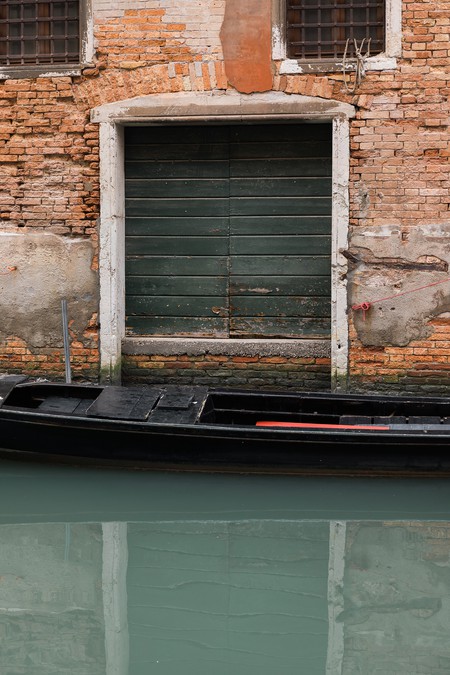 How do you move house in Venice?

Whether a delivery is as small as an Amazon package or as cumbersome as a grand piano, in Venice its transportation must be by boat. Fridges, cranes and removal vans all become waterborne in Venice to transport fresh goods to restaurants, bulky furniture to new homes and even priceless artworks to exhibitions.

Massimiliano Brusato’s company, Brusato Trasporti, specialises in transporting almost anything around Venice and the whole lagoon. “You see everything while sailing around and working in Venice,” says Brusato. “For example, there are people who tried to do the removals themselves but had to call our company because they got stuck going down the stairs.” But there’s one thing he won’t consider helping out with: “I stopped transporting pianos seven years ago!” 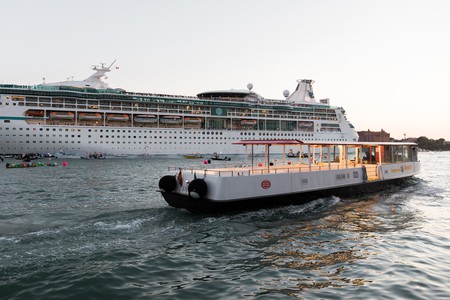 One of Brusato’s biggest projects is also one of the city’s most notable public artworks. “Although we have done many challenging transportations, one of the most extraordinary and demanding was, without doubt, the giant ‘hands’ of artist Lorenzo Quinn,” he explains. Made from fibreglass with a steel core, each piece weighed over 100 tonnes, and the operation required several cranes on large motorised pontoons, whose bulky proportions restricted access to many parts of the city.

Transporting Quinn’s artwork was an impressive feat of organisation and equipment, and Brusato says that taking on such novel challenges is hindered by the bureaucracy that runs through Venice’s waterways. One major problem he sees is the dichotomy between Venice as a residential city and Venice as a tourist destination. “The old rules can’t deal with the massive increase in hotels, for example, in the past few years. Rules that were appropriate in the ’90s are no longer applicable. The whole sector needs a modernisation; a challenge that I would really enjoy is to reorganise the transportation system in Venice. Transportation of goods should have priority because we serve the public.”

However, he’s hopeful that someday transportation workers will only have to navigate the winding routes of the canals rather than outdated restrictions and regulations. “Venice is a place that works in its own way. It is unique in the world, but it doesn’t have to stay in the past.” 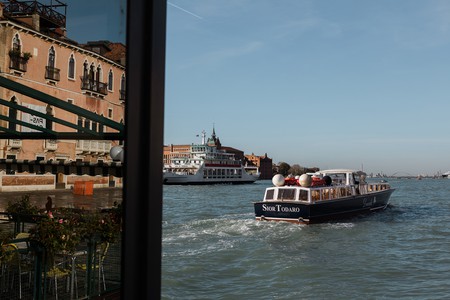 The Venetian version of emergency services

A Venetian traffic jam is a sight to behold, and emergency service boats, such as fire engines, ambulances and police boats, face the challenge of having to hold all the required equipment while being nimble enough to manoeuvre around the narrow canals. Even along the wide Grand Canal, they have to weave between slow-moving water buses and gondolas. As a fire engine or ambulance comes racing down a waterway, it’s clear why speed limits are so restrictive; the waves created can unseat passengers of small boats and topple cargo, and even cause damage to the foundations of buildings. 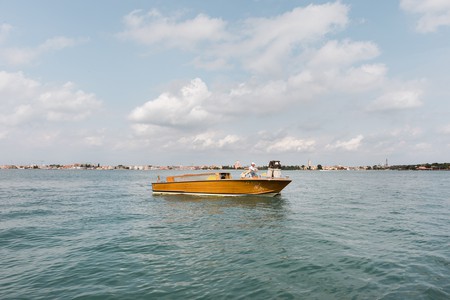 You can spot one of Venice’s two ambulances by their bright colouring; the yellow-and-orange boats are operated by Croce Verde Mestre and the red-and-white ones by the Sanitrans group. And although the sight of one speeding down a quiet canal can cause quite a spectacle in Venice, it’s certainly no more glamorous than working in a traditional ambulance.

One of the greatest battles is with the elements. While ambulance workers on terra firma stay in the vehicle, the Venetians are outside on the boat, confronting wind and rain. Fog is a common occurrence in the city, so special equipment has to be designed to help navigate even when the driver can’t see. Frequent high tides mean undertaking rescues and transporting the ambulance stretcher in several feet of water, while low tides may mean some canals cannot be used. As Claudio Pugnalin, vice president of Croce Verde Mestre, tells Culture Trip, “It is a sacrifice.” 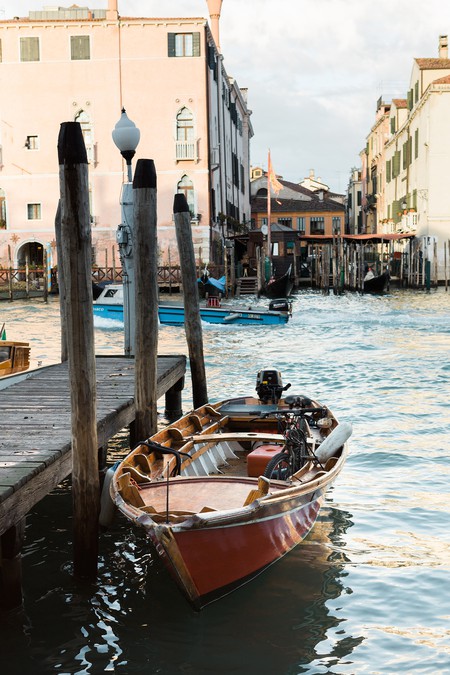 As in the rest of Italy, Venice is served by several different branches of the police, including the Carabinieri and Polizia Municipale. They can be spotted patrolling the canals, enforcing speed limits, alcohol consumption and even mobile phone usage – just because drivers are using boats instead of cars doesn’t mean they are immune to the rules of the ‘road’. Generally, the colouring of their boats is blue (dark or light) and white, with blue lights and sirens to clear the way in an emergency.

You might think that the fire brigade would be practically redundant in the water-bound city of Venice, but the famous fire at La Fenice theatre in 1996 says otherwise. The level of destruction was partly because nearby canals had been drained, meaning firefighters could not get close access or sufficient water supply. Other obstacles to fighting fires in Venice come in the form of funding and bureaucracy. During severe weather conditions in 2018, Venice had just two working crafts to serve the entire city – the others required modernisation.

It’s no wonder that Alessandro Lupo, general secretary for the Vigili del Fuoco, emphasises that “working as a firefighter in Venice requires particular skills”. These include excellent knowledge of the city – not just routes but also phenomena such as the changing of the tides. 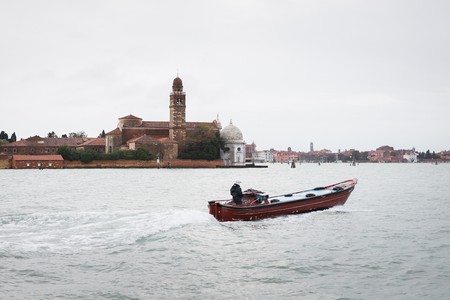 Another essential service (but a rather grim one) performed by boats is the final journey of the deceased. Burials in Venice can be a tricky business, with the cemeteries based outside of the main city in places such as the famous San Michele Island and the Jewish Cemetery on the Lido. 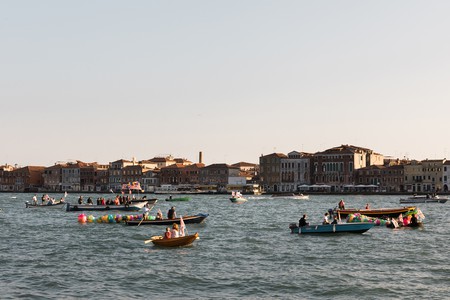 The lagoon is rarely crowded, and the city doesn’t have many traffic jams | © Camilla Martini / Culture Trip

Brusato Trasporti is one of only three companies in Venice that supply the hearse boats for funerals. Brusato says, “We transport the casket to the church, then to the cemetery. Our boats are like taxis, but the cabin is at the front, and at the back, there is a mechanical part for loading and unloading the casket.” He’s the only company that performs this as a 24-hour service.

Venice’s postal service also has boats, but postman Massimo, who’s worked in Venice for nearly three years, explains that he gets around the city and to other islands using the public water bus, or vaporetto. Using the vaporetto also presents daily challenges: “There are many tourists. Sometimes you have to stand – sometimes there are so many that you can’t board and have to wait for the next one.” 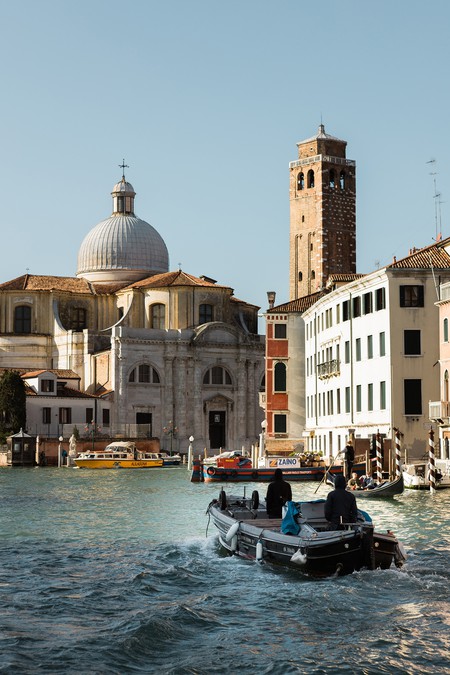 How Venice’s residents live in a city full of tourists

The overwhelming number of tourists visiting Venice is having a mixed effect on the performance of everyday services in the city. While Brusato says it has improved his business as the need for deliveries has increased, other services like overcrowded water buses are suffering. Boats are essential for Venice to function as a living city, where people can live, work and raise families.

As Brusato says, “Those who survive are those who adapt to change,” and the survival of the service boats demonstrates how Venetians have learned to work around the unique problems of their watery city. 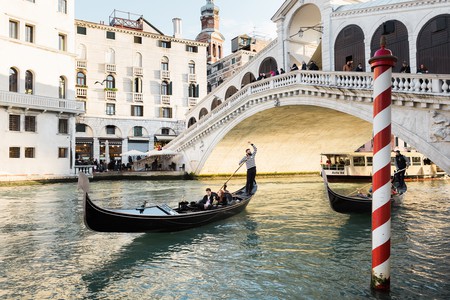