How to Spend a Day in Castel Gandolfo 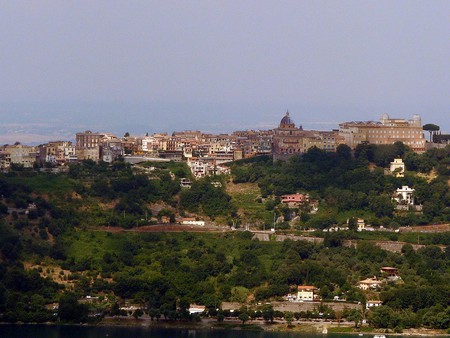 Just a 40-minute train ride from Rome’s Termini Station will take you to the sleepy town of Castel Gandolfo in the area of the Castelli Romani. With lush green countryside and the sparkling waters of the volcanic Lake Albano, it’s no surprise this was the place chosen by emperors, aristocrats and popes as a summertime residence. Here is a guide to spending a day in this picturesque papal village.

Check out the town center

The quaint town is small but attractive, with narrow streets and pretty piazzas that offer glimpses across the lake and countryside, and provide the perfect respite from the bustling ambience of Rome. The main square, Piazza della Liberta, is dotted with cafés and shops selling souvenirs and local products, and there are several restaurants with panoramic balconies affording spectacular views. Take a trip to the parish church of San Tommaso di Villanova, which was designed by Gian Lorenzo Bernini under the order of Pope Alexander the VII, and which also contains a celebrated painting of the crucifixion by the painter Pietro da Cortona. 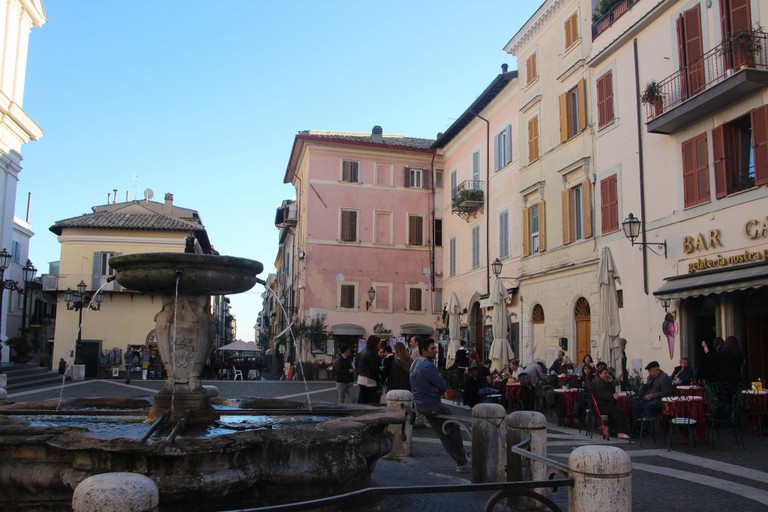 The Papal Palace was built as the summer residence of Pope Urban VIII in the 17th century, to provide a cool, quiet escape from the soaring temperatures in Rome and, aside from a brief period between 1870-1929, it was used as the pope’s country haven right up until the election of the present pope. The palace dominates the town and occupies a scenic position overlooking the lake, with picturesque gardens built on the site of the ancient villa of Emperor Domitian. In 2014, Pope Francis opened the Barberini Gardens for paid guided tours, and in late 2016 the palace itself was opened to the public as a museum, thus ending its reign as a private papal apartment. Tickets and tours can be booked on the official Vatican website. 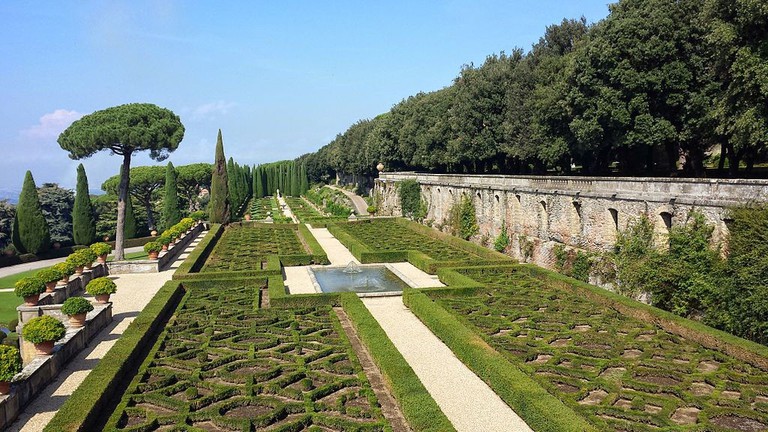 Head to the lake

Walking down the steep road from the town will take you the the shores of Lake Albano. The road which runs along the lake is lined with restaurants and bars on one side and beach clubs on the other. In the warmer months, the black volcanic sand is heaving with sunbeds and parasols, as locals cool off in the fresh country air and invigorating waters of the lake. There are several places offering boat, pedalo and kayak hire, as well as bicycle rentals to explore the surrounding areas. 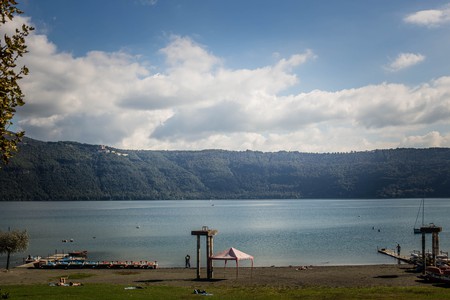 With its fabulous location overlooking the lake and delicious menu, it’s easy to see why Pagnanelli has gained a loyal following of both locals and VIPs. The restaurant has been run by the same family since it opened in 1882 and the food is a tempting mix of fresh fish and classic meat dishes – all presented with impeccable style and service, and accompanied by excellent wines from the extensive cellar. With a tasteful dining room and an amazing terrace, this is the perfect place for a splash-out lunch with an unbeatable view.

Situated in the heart of the centro storico just a short stroll from the papal residence, Bucci is a charming, welcoming restaurant with a classic Roman menu and friendly staff. In the warmer months, guests can dine on the ample terrace with a beautiful panorama of the lake, while tasting the simple and delicious home-cooked specialties and local Lazio wine.

For a low-key, informal spot for good-value drinks and dining down by the lake, Grapes is the perfect choice. The atmosphere is laid-back and the bar serves an excellent range of craft beers and local wines to wash down the menu of steaks, sandwiches and pizza, as well as barbecue dishes, such as pulled pork and ribs.