How to Spend 24 Hours in Palermo, Sicily 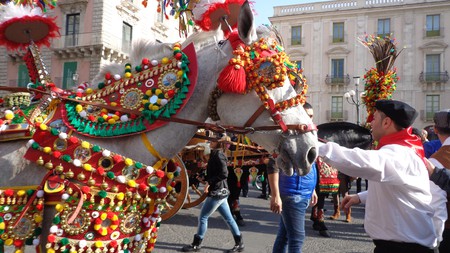 Palermo is a city of faded glamour, of pulsating markets and centuries of history. We will help you squeeze as much as you possibly can into 24 hours in Palermo, Sicily. 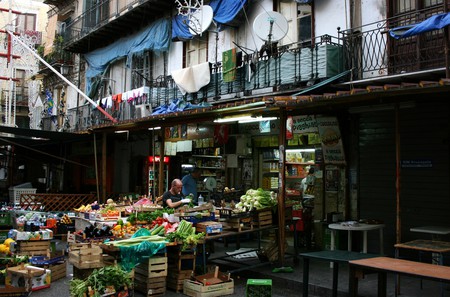 Palermo’s markets are famous for their chaos and noise. Dive in and experience Sicily at it loudest and most frenzied with a morning visit to the Capo or Ballaro markets. Wind your way through the stalls that are piled with local produce like ruby red tomatoes and types of squash you have probably never seen before. In the fish section, there are tubs of salt water where octopus wait to be purchased for lunch. Find a cart and have a slab of sfincione, thick-crusted Sicilian style pizza, or a sandwich filled with salty fried strips of panelle, made with chickpea flour.

Refuel at one of Palermo’s many historic cafes. The city once had a storied history of cafe society. You can have a simple cup of coffee, thick and strong or if you need to add some sugar to the mix, order a slice of the rich chocolaty setteveli cake or a glass goblet of slushy granita with a brioche to scoop up every bite. 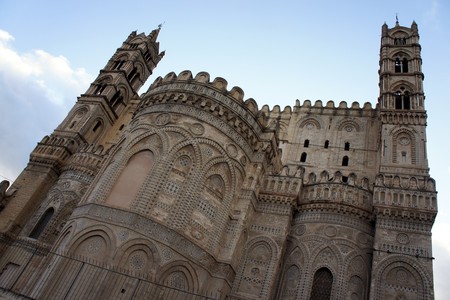 The cathedral on Palermo is an incredible mix of architectural styles. The massive structure is a magnificent mix of Normal, Arab, Gothic, Baroque and Neoclassical forms. The church originated in the early 1100s and was added to over the centuries by Norman and Byzantine rulers.

About two hours away from Palermo is the town Piazza Armerina, which is home to the Roman era Villa Romana del Casale. Remarkably intact mosaics give insight to the luxurious lifestyle led by the owner of this rambling property thousands of years ago. 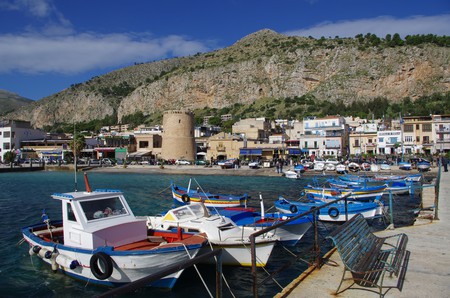 A short bus ride from the center of town and you will find a long stretch of beach with a promenade filled with cafes and restaurants in the chic resort town of Mondello. Find a table with a view and a sea breeze, and order a glass of wine or a spritz while you wait for the sun to set.

Take an after dinner stroll like the Italians called a passigiata in the Quattro Canti section of town. Where the four corners where Palermo’s two main roads Via Maqueda and Corso Vittorio Emanuele intersect, take in the Baroque style buildings and fountains in the soft glow of the streetlights.