How to Spend 24 Hours in Naples 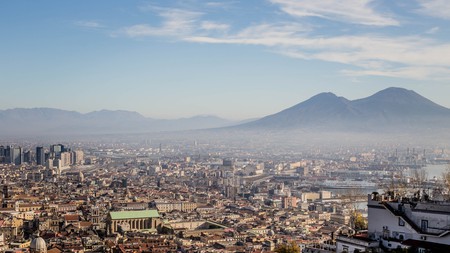 From archeological treasures to top-class museums and spellbinding churches – not to mention the world’s best pizza – Naples has much to offer travellers. One day in this captivating city is nowhere near enough, but, for when that’s all there is, here’s how to make the most of those 24 precious hours.

Get up early and start the day the Naples way – with an espresso and a sweet local specialty known as sfogliatella. Layers of thin, crispy pastry filled with rich ricotta, generally flavoured with orange but sometimes pistachio or almond. Enjoy breakfast in the grandiose atmosphere of Gran Caffè Gambrinus, one of Naples’ most historic coffee shops, situated just off Piazza del Plebiscito. 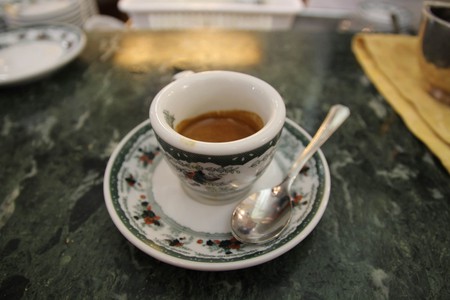 From Piazza del Plebiscito, it’s a short walk to Castel Nuovo, Naples’ so-called New Castle. Completed in 1282, it features a white marble triumphal arch set between two of its stone towers. The castle is home to a museum showcasing mainly sculptures and paintings from the 15th to the 20th century, but there’s no time to see inside on this itinerary. Instead, it’s time to move on and discover one of Naples’ most compelling neighbourhoods. 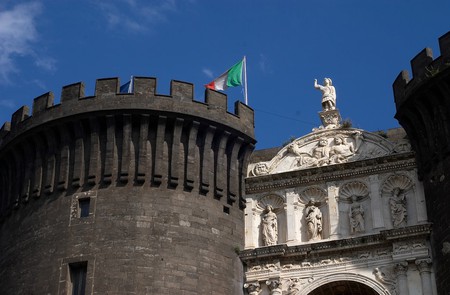 Often hailed as Naples’ most authentic and traditional neighbourhood, the Quartieri Spagnoli, or Spanish Quarters, are a grid of streets frequented by tourists and locals alike. Constructed in the 16th century to house military barracks, these bustling streets are today a mix of family-run trattorias, local market stalls and residential palazzi, as well as a number of historic churches. Wander down whichever alley catches the eye, but save time to go underground and see the Toledo metro stop before moving on – as one of Naples’ ‘art stations’, its interior is covered in mesmerising blue mosaics. 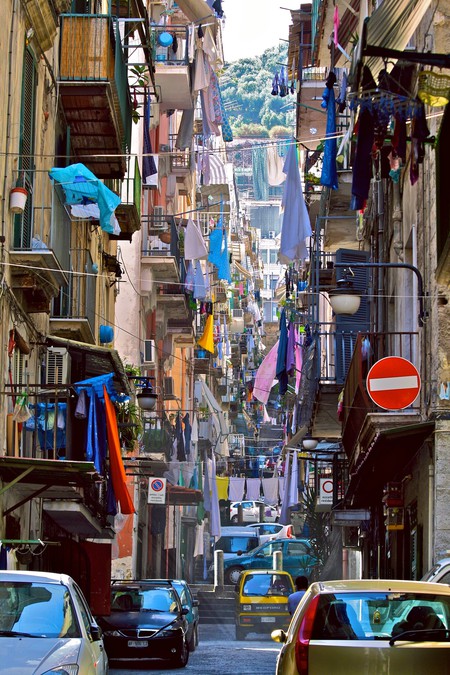 After working up an appetite pounding the cobblestones, it’s time for lunch. Naturally, the choice is pizza. Take a tip from Julia Roberts in Eat Pray Love and head to L’Antica Pizzeria da Michele for margheritas and marinaras to die for (there are literally only two choices of pizza on offer). Try and get there early to minimise queuing – or wait til after the lunchtime rush. 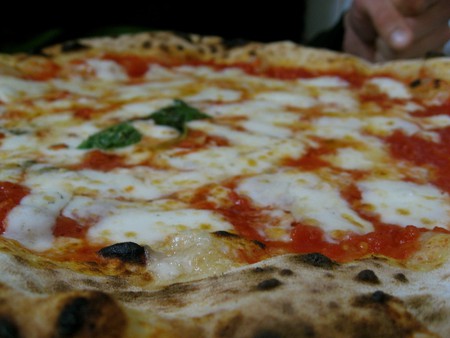 The duomo, or cathedral, of Naples was founded in the 4th Century B.C. and constructed on the ruins of an early Christian basilica. The core of the present Gothic structure was built in the 13th Century, but it has undergone a number of constructive face-lifts over the years.

The church is famous for housing two vials of blood of the city’s patron saint, San Gennaro. The miraculously liquefying blood is only brought out three times a year though, so most visitors have to make do with the prized frescos by Domenichino and Giovanni Lanfranco instead. 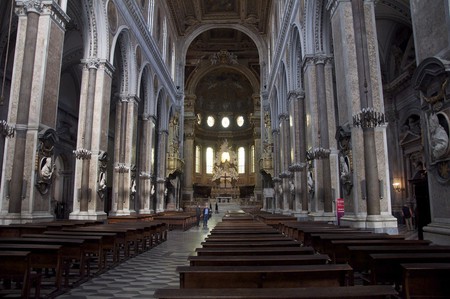 Step back in time at the Museo Archeologico Nazionale

Delve into some of Napoli’s archeological treasures at the Museo Archeologico Nazionale. The museum contains Greek, Roman and Renaissance-era pieces but the stars of the show are undoubtedly the Farnese Marbles – many of which are Roman copies of classical Greek sculptures. Not only do the works provide a glimpse into how the Romans viewed Greek society, they’re also the only clue to what lost works by ancient Greek sculptors like Calamis, Kritios and Nesiotes looked like. The museum is usually a little quieter in the afternoon so take advantage of the calm and stick around until closing time at 7:30 p.m. (Closed Tuesdays). 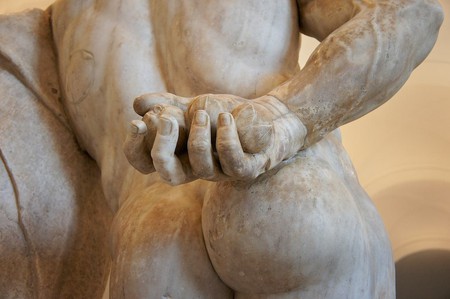 Spend the evening in Piazza Bellini

Named after the composer Vincenzo Bellini, Piazza Bellini has long been a favourite spot of students, intellectuals and Naples’ young crowd. The monumental palazzi that line the square are home to a number of bars and restaurants, so take a seat and enjoy the busy atmosphere. This popular piazza is situated on the ruins of 4th-century Greek city walls that were discovered and excavated in 1954. 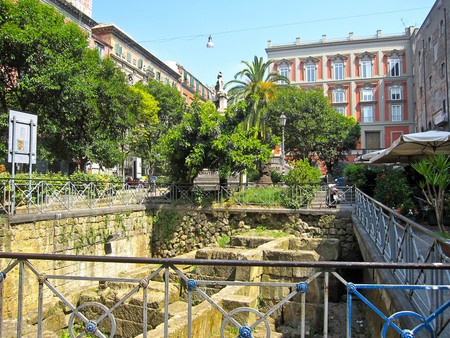 Squeeze in a visit to one more pasticceria

After a good night’s rest, 24 hours in Naples is drawing to a close, but there’s still time for breakfast at Scaturchio. In business since 1905, it’s thought to the oldest pasticceria in Naples. As well as the classic sfogliatella, it also cooks up other traditional Neapolitan pastries like pastiera and rum-soaked babà. Be sure to grab a couple of sweet treats for the onward journey! 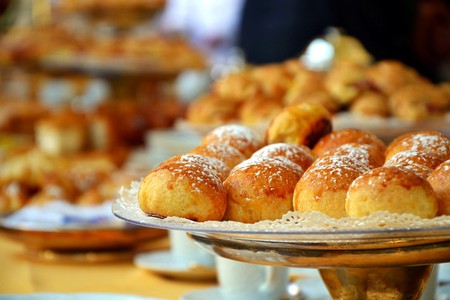