How to Spend 24 Hours in Milan, Italy 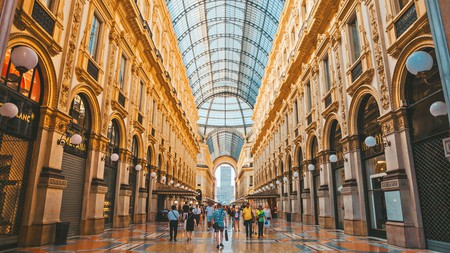 Milan is home to gorgeous vistas and cuisine, making it easy to fill 24 hours in the city | © Lena Wurm / Alamy

So, you have a day in Milan? Follow this itinerary for this city in Northern Italy, which takes you to three of the best neighbourhoods and maximises your time. Get the all-important tourist snap in the central square, listen to jazz, take in some art and, of course, eat amazing food.

Begin in the historic centre at Piazza del Duomo and admire the symbol of Milan, the magnificent Cathedral. Built with pink-hued white marble from the quarries of Lake Maggiore, the cathedral is the biggest and arguably the most elaborate Gothic building in Italy. Climb to the rooftop ,where you can take in a panoramic view of the city and admire the intricacies of the architecture. Depending on what time of year you visit, you might be lucky enough to catch the sunset.

Next, take a pleasant stroll to the nearby Brera neighbourhood, which epitomises everyone’s romantic vision of life in a European city. The apartment buildings are elegant, the public buildings grand, and on the corner of every cobbled street is an old-world pasticceria or fine restaurant. Take the route via Galleria Vittorio Emanuelle II. This Renaissance-style structure is one of the most famous examples of European iron architecture; it represents the archetype of the commercial retail space of the 19th century. The vaulted glass dome roof is awe-inspiring. 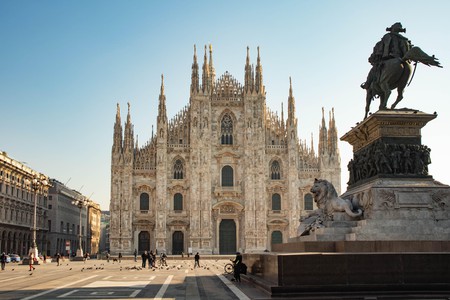 Once you find yourself in the narrow streets of Brera, pick a bar to experience aperitivo the Milanese way. The concept of aperitivo hour took off in the 1920s in Milan, which is the birthplace of the bitter spirit Campari. You can enjoy aperitivo all over Italy, but in Milan, it’s a ritual and they do it best; between the hours of 6pm and 8pm, the whole city seems to be enjoying a spritz. N’Ombra de Vin is an excellent enoteca housed in the former refectory of Augustinian Friars of the Romanesque Basilica of San Marco, situated next door. Dry does sharp cocktails in a minimalist setting. La Prosciutteria is a kitsch hole-in-the-wall offering an amazing selection of cured meats. 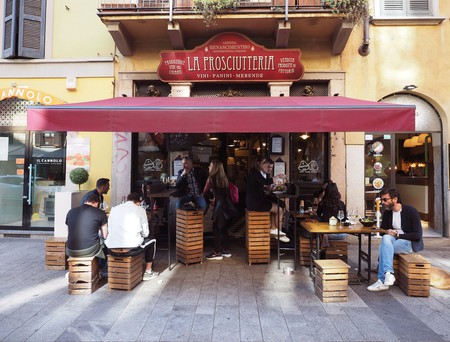 Brera has many brilliant restaurants for all budgets and tastes. If you’re looking for classic Italian cooking, chance it at the small and ever-popular Milanese restaurant, Latteria. Chef Arturo Maggi has owned the place since 1965 and serves sumptuous seasonal, traditional northern Italian dishes. Just eight tables occupy the quaint, convivial space; they don’t take bookings and aren’t open on weekends. Rigilo is another Brera stalwart, but a more formal affair. 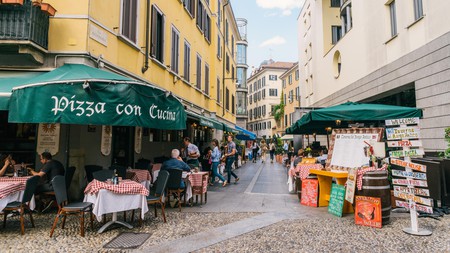 From Brera head north to Isola to listen to some jazz at Blue Note. Isola is now considered one of the coolest new places to live; historically, the cheap rent drew artists and other creative industries to the area, which is reflected in the character of the neighbourhood, including many graffiti murals, quirky shops and bars. Blue Note is the Italian brother of the famous New York jazz club, with a great international programme. Weekend shows typically sell out quickly but if you’re lucky you might be able to get tickets for the 11pm showing.

Indulge with fanciful cakes and coffee at Bar Luce on-site at Fondazione Prada, and then visit the gallery’s collection or temporary exhibit. The architecture of Fondazione Prada distinguishes it above all other venues to experience modern and contemporary art in the city. Designed by the OMA architecture studio led by Rem Koolhaas, the site marries existing industrial distillery buildings with esoteric new spaces, including a tower clad in gold leaf. Bar Luce is the brilliantly kitsch Milanese-American café designed by film director Wes Anderson – retro diner fittings in saccharine shades of pink, turquoise and yellow combine with surreal details typical of Anderson’s creative flair. Fondazione Prada celebrates leading artists of the 20th and 21st centuries, such as Louise Bourgeois, Dan Flavin and Anish Kapoor, but also champions emerging talent. Expect cerebral, challenging presentations. 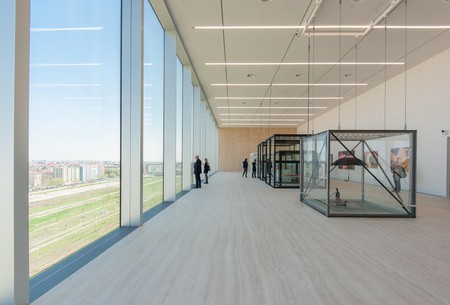 From Fondazione Prada, 15–20 minutes via tram or foot will take you to Un Posto a Milano, a rustic farmhouse in the heart of the trendy and well-heeled Porta Romana district. The building has been lovingly converted into a farm-to-fork restaurant, guest house and cultural event space. The restaurant, Cascina Cuccagna, opens onto a leafy courtyard and garden, so it’s a particularly special place to have lunch when the sun is shining. Cascina Cuccagna promises, “seasonal foods, vegetarian and vegan options, quality raw materials, traditional Italian dishes (occasionally revisited).” 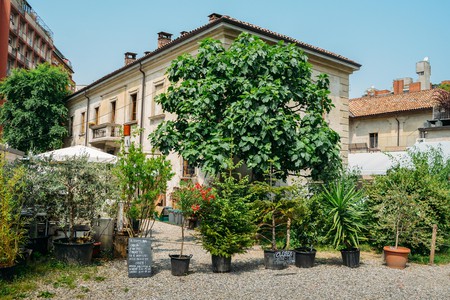 After lunch, leave the tranquillity of Un Posto a Milano behind and return to the city centre . Take the metro from Porta Romana to Cairoli Castello (circa 15 minutes). On exiting, you will see the grand Castello Sforzesco, located within the grounds of Parco Sempione, the largest green space in town. After the Duomo, Castello Sforzesco is the best place to learn about the medieval and early modern history of Milan; the castle bore witness to Spanish, Habsburg and Napoleonic rule. The imposing fortress was built by Francesco Sforza (the first Duke of Milan) in the 15th century, but underwent several modifications in the following decades. It comprises multiple museums and galleries, including the Pinacoteca which is home to paintings by the likes of Bronzino, Tintoretto and Titian. 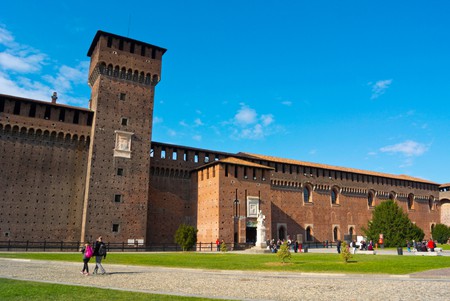 Conclude your whirlwind tour of the city with an elegant drink on Corso Sempione, a grand leafy avenue lined with restaurants and bars. To get there, take a short walk through the grounds of Parco Sempione towards the monument L’Arco della Pace (the arch of peace), which then gives way to the boulevard.
Interested in visiting? You can enjoy a guided foodie walking tour and delicious Milanese dinner as part of Culture Trip’s specially curated 10-day Northern Italy trip.