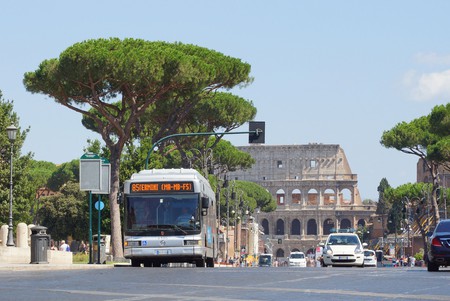 From figuring out unfamiliar place names to dealing with machines that continually spit out coins but no ticket, getting around in a new city can be a daunting task. Thankfully, Rome’s public transport system – though not without its faults – is easily mastered. This guide tells you everything you need to know about getting from A to B in the Eternal City.

To ride Rome’s mezzi pubblici you’ll need a ticket. Tickets are valid for buses, trams and the metro (as well as some local trains), and can be purchased at metro stations, tabaccai (newsagents), and machines located at some major bus stops. While ATAC, Rome’s public transport company, says some buses are equipped with ticket machines, these are incredibly rare so it’s best to assume you won’t be able to buy tickets on the bus.

There are various tickets to choose from:

Tickets must be validated or you risk a hefty fine from inspectors who are unsympathetic to naïve tourists. Stamp your ticket using the yellow machines on board buses and trams, or by passing through the automated barriers at metro stations.

In addition to these paper tickets, it’s also possible to purchase monthly (€35.00) and yearly (€250.00) passes, which offer good value for people staying or living in the city for longer periods of time. As well as free admission to two city museums and other tourist discounts, public transport is also included in the Roma Pass. 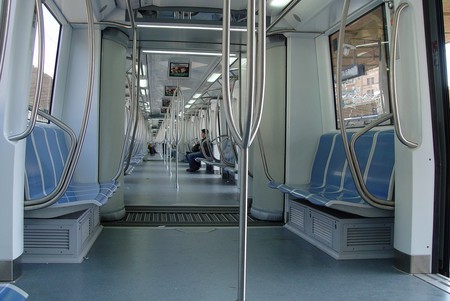 Rome has three metro lines. Lines A and B skirt the historical centre and connect at Termini Station, where travellers can find trains and shuttles to Fiumicino and Ciampino airports (not included the public transport tickets above). Line B also splits into two at the Bologna stop, so be sure to check which train you need if travelling further north.

Line C goes out into the eastern suburbs of the city via the artistic neighbourhood of Pigneto and, as of May 2018, connects with line A at San Giovanni station. The city plans to extend the route to the Roman Forum, Piazza Venezia, St. Peter’s and beyond, but don’t expect this to happen any time soon – continual archaeological discoveries make construction laboriously slow.

The metro runs from 5:30am to 11:30pm Sunday to Thursday, and until 1:30am on Friday and Saturday, giving partygoers a little extra time get home before having to resort to night buses.

Tourists may wish to avoid travelling during rush hour if they can, as carriages quickly fill up with commuters. Some trains servicing metro B are also older and lack air conditioning, a particular discomfort in the summer months. 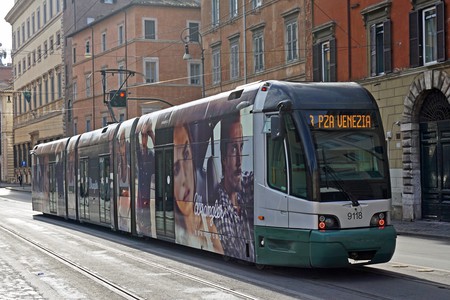 Buses and trams run from 5:30am onwards. Details of the route and schedule can be found on the bus or tram stop – those that also have electronic screens with live updates are most useful as the buses in particular can be unreliable and sporadic.

After around midnight, public transport in Rome is covered by night buses along major routes. Most are scheduled every 30 minutes and fill up quickly with late-night revellers and hospitality workers at the end of their shifts.

The ATAC website does have route maps and even a journey planner, but consider supplementing these with apps such as Citymapper, Moovit or Scooterino. Being able to make alternative plans on the fly is invaluable, especially as public transport strikes are common in Rome. 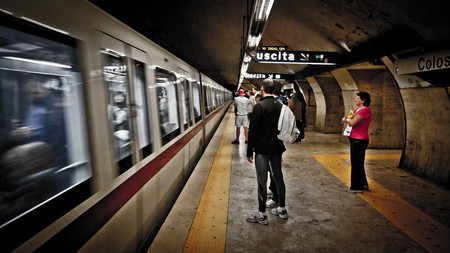 Public transport tickets are also valid for trains within Rome’s inner city limits, meaning you can travel between main stations – such as Ostiense and Tuscolana, or Trastevere and Nomentana – directly, without having to switch metro lines. If a train is due, it’s often much faster too. Stations written in red on the ATAC map mark the last station valid with a standard ticket. For stops after that point you’ll need to buy a train ticket. The line most commonly used by tourists is the Roma Lido, known locally as the trenino, which goes to both Ostia beach and Ostia Antica, the harbour city of ancient Rome.

Don’t forget that there are no validation machines on trains so you’ll need to stamp your ticket at the station to avoid a fine.