How This Queer Magazine Gave Florence’s LGBTQ Community a Voice 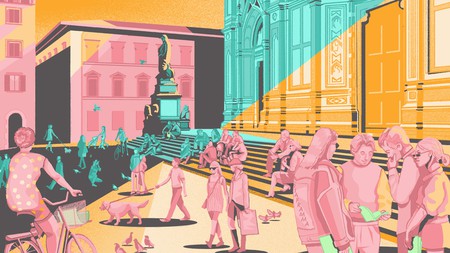 In the late 1990s in Florence, a queer revolution was happening. Writer Ella Braidwood talks to Nina Peci, the founder of LGBTQ magazine Quir, about this turbulent time in Italian history.

“It was basically to give a voice to all the voices within our community,” is how Nina Peci describes Quir. Inspired by her experiences in AIDS prevention and awareness, the grassroots, Florence-based LGBTQ magazine she founded was printed for almost five years and has left a lasting impact on Italian queer culture.

As the AIDS crisis swept across western Europe in the late 1980s, California-born Peci joined the Milan branch of Arcigay (Italy’s first LGBTQ national organisation). This common cause, rooted in tragedy, brought together activists from all over the globe. By 1991, Peci had founded the women’s arm of Arcigay in Milan and moved to Florence, where she was still heavily involved in the local branch.

That same year, the International AIDS Conference came to Florence; the group attended and campaigned for AIDS prevention and awareness, including handing out free condoms. The conference, says Peci, meant that she and others at Arcigay got to see the LGBTQ rights movement through an international lens. “Talking to the activists, we got to see what was going on in the world and exchange ideas.” 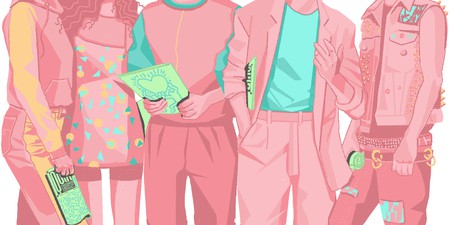 “It was quite dynamic. It was a good group of people. We were doing a lot,” explains Peci over the phone of the atmosphere at the time. “The AIDS crisis was what kind of unified us.”

It was in this context that Peci founded Quir, a monthly LGBTQ magazine published in both Italian and English. “A group of women – lesbians – gay men and trans people started having their own issues and wanted to talk about many different aspects of queer life,” she says. “So I decided to give us a venue to do that in; I started this zine called Quir. I was a graphic artist, so I was just doing this in my free time.” And before long, she says “it really took off.”

Making the magazine bilingual was a deliberate move. “I decided to translate it into English in order to export Italian queer culture. Working with people from around the world, we realised that not a lot of people knew what was going on in Italy. The decision was criticised at the time – but it was so important to let people abroad know what was happening here,” says Peci.

Along with her two co-runners, Peci published the first issue of Quir in April 1993. Despite having barely any money, they kept the magazine free and accessible. “We used to physically go around to all the venues around town and ship it to the other Arcigay centres in Italy. We also asked if people wanted subscriptions abroad; there were some gay and lesbian archives in the US that we used to ship copies to,” she says. To cut costs, the printing was in black and white; they helped fund it by getting advertising revenue from friends and gathering donations whenever they could.

With Peci and two others acting as the core editorial staff, they used what she describes as “fake double names” to make the publication seem bigger than it was. (Peci, a graphic designer by trade, used her real name for her job as the art director, while she took on the pretend moniker ‘Nina Bellini’ for her second role as editor.)

Editorially, the magazine’s large pool of contributors covered a wide range of issues, from culture – including movie and book reviews – to AIDS prevention and mental health, alongside opinion pieces and interviews with prominent LGBTQ figures. “We basically just left it open to whatever anybody wanted to talk about,” says Peci. “It was very eclectic.”

Sticking to their activist guns, the team produced content that was at times provocative in a bid to get their points across. “We were quite controversial – we did a lot of covers that were quite graphic, quite in your face,” says Peci. “When the Pope denounced homosexuality, we put his picture on the cover.”

However, internal divisions led to the sudden demise of the magazine in the summer of 1997. “I ended it, abruptly, in its prime,” explains Peci. “Basically, because we were going through growing pains – where it was to the point where we either made it a more professional publication and risk losing its original edge or just closing it down. It started to get a little too political for my taste. People were using it as a venue to talk about a lot of other political issues that had nothing to do with the queer community, and I just didn’t want to go there.”

Although Quir itself was relatively short-lived, the impact of the magazine has been quite the opposite. Peci says it’s even been studied in New York – “I just found out recently that a student scholar has archived every copy to study Italian queer culture.” Some people even used the magazine to come out, she says. “It got really, really well known. I still get people stopping me in the streets [saying]: ‘Oh, you’re the one who did Quir!’” 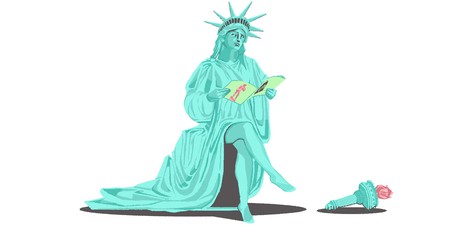 The publication also made waves across Europe and in the US. “[Once] I was vacationing with a friend in Croatia, and we went to this really remote beach, where we had to climb down a cliff to get to,” recalls Peci. “We got down there, and there were these two guys on a towel, reading Quir,” she laughs. “It was in the middle of nowhere. I was in tears. I was like: ‘Oh my god, that’s my magazine!’”

Now in her 50s, Peci still lives in Florence, where she works as a diversity and inclusion officer for an American study centre for higher learning. She is no longer as involved as she once was in LGBTQ activism, but she maintains that there is still plenty to fight for, particularly when it comes to trans rights. “Transgender issues now are the new frontrunner of everything. It’s become more and more talked about. There is a lot of prejudice – there are a lot of people that just don’t understand it.”

She believes that even today, Italy lags behind other countries in the Western world in terms of LGBTQ rights. With equal marriage still not legal, she has to register her relationship with her partner, who she married in the UK, as a civil union. And it’s not just the law that needs to be changed; fighting for queer rights in Italy is as fundamental as battling linguistics. “The Italian language isn’t very non-binary friendly; it’s either masculine or feminine. It’s hard to adapt a language to address these issues.”

Still, she praises the ongoing progress made by campaigners in Italy and around the world. In Florence, she highlights LGBTQ centres such as IREOS, which runs an annual queer festival with film showings, exhibitions and talks. “There is still a lot of work to be done,” says Peci. Then, with a laugh, she adds: “It’s just I’m leaving it to the younger people right now. You have to retire at one point!”

Looking back over her achievements, what is Peci most proud of about Quir? “The fact that [we were] giving a voice to the community – and people still remembering the magazine and recognising it.”